Maruti 800 small car has been given a complete makeover by the owner, in an attempt to make it look like a mini Hummer. The end result may not be considered attractive, but then as the saying goes, ‘beauty lies in the eyes of the beholder’. The owner of this Maruti 800 transformed into a Hummer may be proud of this creation.

The makers detail exactly how one of the smallest and cheapest car in India, has been made to look like a Jeep. For this job, Maruti 800 has been redesigned with new body panels fabricated. The top has been removed and wheels have been changed to tractor wheels of 180/85D 12 size. 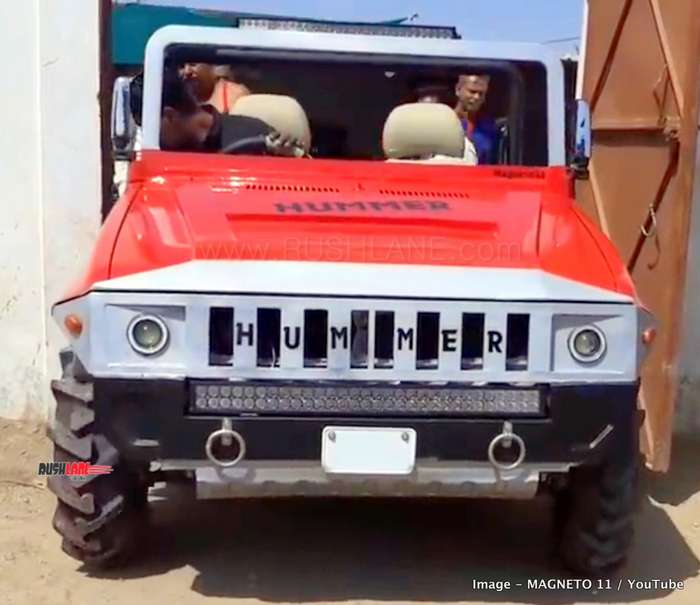 The body is given a fresh coat of red paint while the bumper has been painted in silver. The doors have also been removed and in its place are mesh doors with chrome handles. Light fixtures have also been modified with fog lamps, LED projector headlamps and a large LED bar light on the top for better road visibility.

There are also two silver rings attached to the bumper. The front grille, which has been sculpted according to the design seen on the Hummer, sports distinctive ‘Hummer’ badging along with ‘Magneto 11‘ stickers seen on its front bumper. There is also a silver colored bash plate which enhances its aesthetic appeal. Changes to the rear include an LED light bar that is attached to the metal frame from behind the seats while new tail lamps, indicators and a silver rear step are also added. 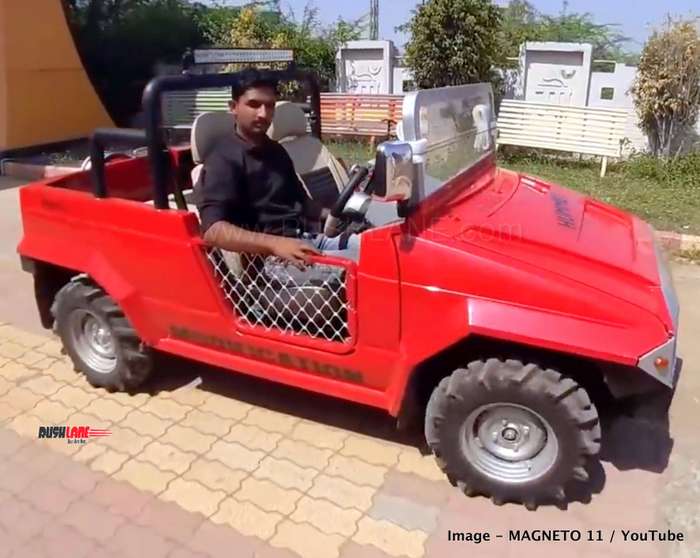 Interiors of the Maruti 800 turned Hummer have also been given a makeover. The seating now consists of driver and co driver seats in the front and a large flat bed loading area at the rear, which open to reveal added storage space. The interiors receive green matting while seats get new covers.

No mechanical changes are a part of this Maruti 800 to Hummer modifications. Ground clearance has been increased to 205mm for a better off road stance and exhaust has been replaced to emit a rougher exhaust note. This one of a kind modification costs around Rs 1.5-2 lakhs. It is to be noted here that Supreme Court has ruled against modifications. All cars which are modified, are illegal in India.