The top five spots among the 10 best selling models were held by Alto, DZire, Swift, Baleno and Vitara Brezza. WagonR was at No. 6 while Celerio took the no 10 spot. The list is identical to top 10 cars sold in calendar year 2018. Except for 1 change – The car on the top.

Yes. The car which leads the list in calendar year 2018, is Maruti Dzire – ending the reign of Alto at the top. Maruti Alto had been top selling car in India for 13 consecutive years, before it was replaced by Dzire. But, for FY 2019, Alto is back on top. Below are the detailed sales figures. 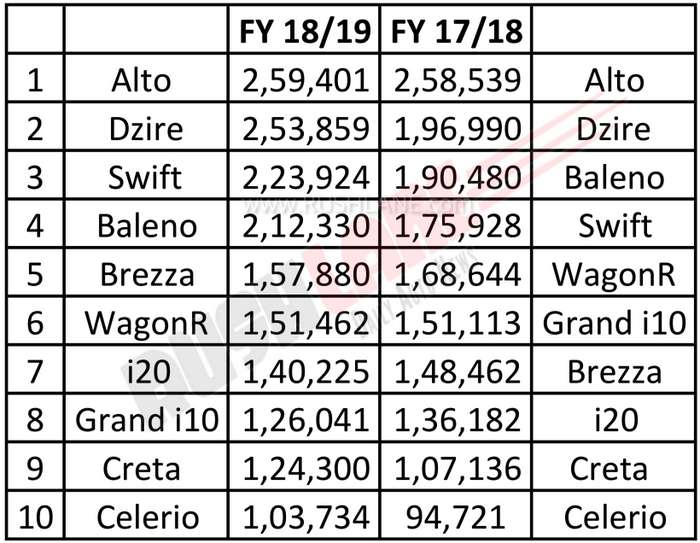