While the touchscreen infotainment system is a common feature on all cars sold in the country, these are only offered on the mid to top end variants. Buyers of lower variants have to either do without this feature altogether, or have to opt for aftermarket fitments.

Similar is the case with Maruti Suzuki cars. All top variants get Smarplay touchscreen infotainment system, but the entry and mid variants do not get the same. But with Smartplay offering features like navigation, GPS, etc, it becomes a must have feature for all car owners.

In order to bring Smartplay to all car owners, even those who own entry level variants of Maruti car, the company has now introduced the SmartPlay Dock. SmartPlay Dock is a mobile application that can be downloaded via Google Playstore or via the Apple App Store. It allows the smartphone to be used as in-car infotainment system. This will allow owners to mount their phone on the dashboard for the use of navigation, music, etc. 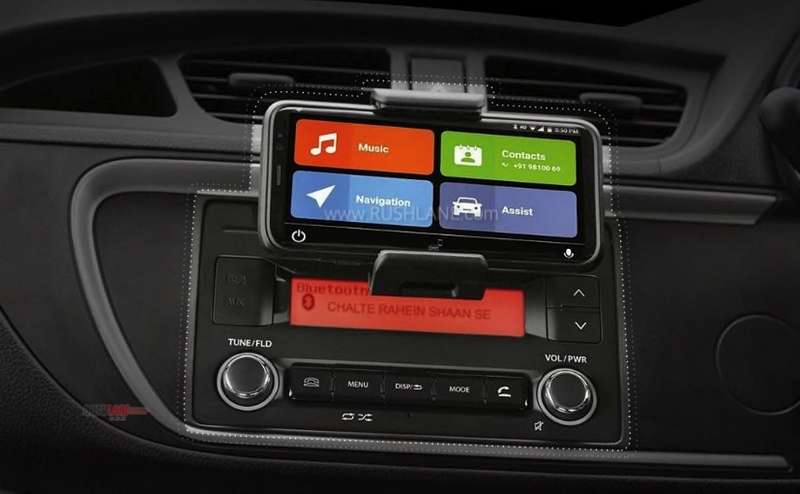 SmartPhone Dock app instantly transforms the phone into a touchscreen system; in a way offering the Samrtplay infotainment system to entry level Maruti cars for free. It can be mounted in the same position in the mid dashboard area and allows access via Bluetooth.

The system connects the smartphone, vehicle and cloud based services providing minimal distraction to the driver while it also allows for audio to be played from sources such as AM, FM, USB, Aux, BT, iPod.

Along with infotainment it also sports features such as voice recognition, car performance and ensures safety with advanced vehicle alerts. SmartPlay Doc reads out SMS and Whatsapp and template replies can be sent. 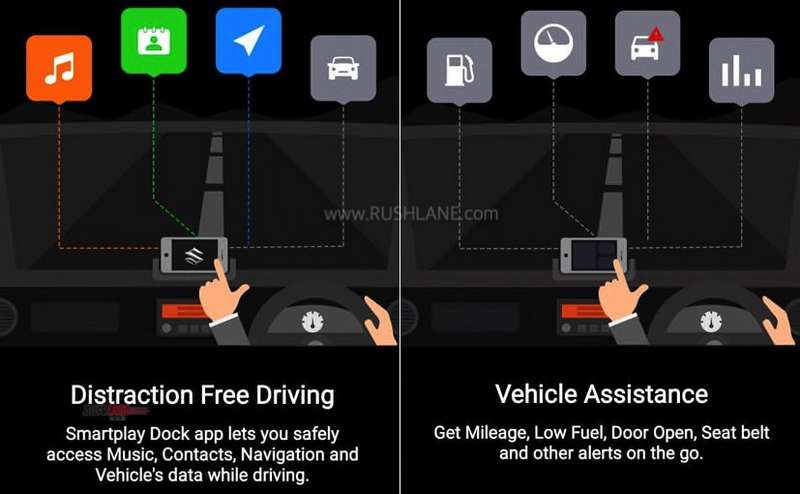 The SmartPlay Doc App, which is a replica of the new SmartPlay Studio 2.0 system introduced on the new WagonR recently, is ideally suited for those Maruti Suzuki models not fitted with a touchscreen infotainment system. However, though it offers all features that one sees in an infotainment unit, it does not support Apple CarPlay and Android Auto.

Mahindra had also launched a similar application called Mahindra Blue Sense but SmartPlay Studio Dock is a step ahead and best suited for entry level cars along with the older gen as well as entry models of the Maruti Alto, Swift, DZire and WagonR. 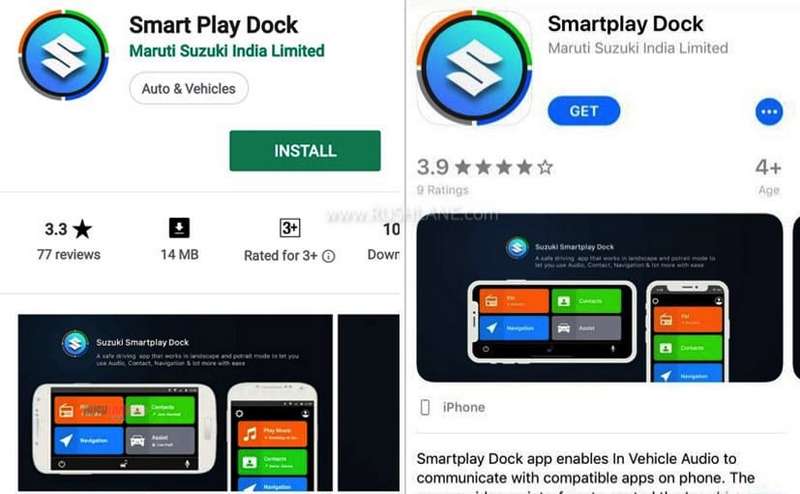