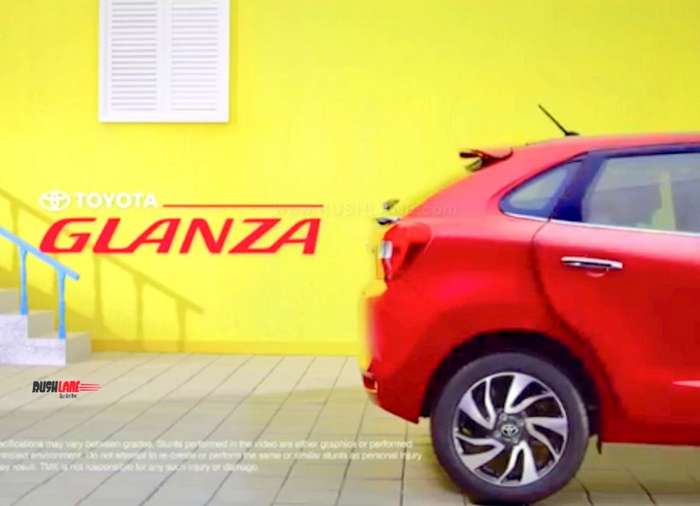 The Toyota Glanza will be the first of the shared models as part of the Toyota Suzuki agreement. At a later date, the Ertiga, Ciaz and Brezza are also slated for sale via Toyota showrooms. Toyota Glanza launch is scheduled for later this month. It will start arriving at dealerships by 30th.

The premium hatchback set to come in with a 3 year/1,00,000 km warranty. This is more than the Maruti Baleno standard warranty of 2 year/40,000 km. In addition to this warranty period, the Toyota Glanza could also be offered with an extended warranty package, which is called 5 year True warranty package. This can be opted for within the period of standard manufacturing warranty and a 7 year Toyota Timeless Warranty package which can be purchased after the completion of the standard warranty.

Toyota Glanza will follow the same design elements as seen on the Maruti Baleno. Minor changes will be seen in the form of a new front grille design. The Toyota Glanza will be available in five color options of grey, red, blue, silver, and white.

It is also revealed that the Glanza will sport a total of 6 Toyota logos on exteriors and one on its interior, on the steering wheel. Interiors will be seen with some minor changes; with a similar looking dashboard. Toyota could bring in some changes in colors so as to show off a different look.

Unlike the Maruti Suzuki Baleno which is offered in petrol and diesel engine options, the Glanza will get a single BS VI compliant petrol engine. This is a 1.2 liter K12B engine offering 84 PS power and 115 Nm torque mated to a manual transmission. It will also be offered with CVT. Toyota will launch the new Glanza in only higher trim levels of G and V which will be equivalent to the Baleno Zeta and Alpha trims.

Toyota Glanza will most likely come in with a higher pricing as compared to the Maruti Suzuki Baleno. The Glanza will be initially manufactured at the Suzuki’s Gujarat facility and will later be shifted to the Toyota Bidadi plant near Bengaluru.