With sales totalling 17,944 units in February 2019, Maruti Baleno has gained a decisive lead over rivals such as Hyundai i20, Honda Jazz and Volkswagen Polo. Baleno sales are higher even if we compare it with combined sales of leading rivals in premium hatchback segment.

Stunning looks, combined with attractive pricing, affordable after sales and high resale value have made Maruti Baleno the go to car in the segment. Facelift model launched in January with improved styling and new features could also be helping boost sales. At 17,944 units in Feb, Baleno’s month-on-month and year-on-year sales growth comes at 7.7 per cent and 13.5 per cent respectively. 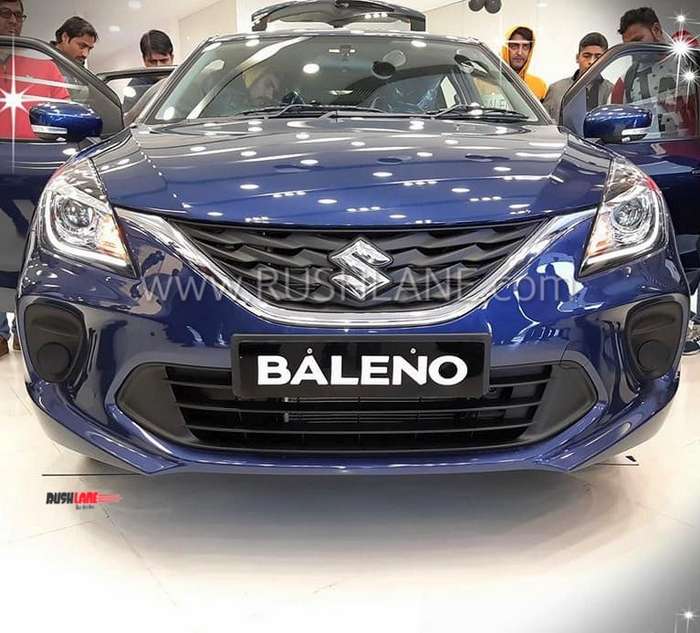 Next in the list is Hyundai Elite i20 with sales of 11,547 units in February. This is quite good on its own, but not as much as Baleno. Interestingly, before the Baleno was launched, it was the i20, which was the best selling car in the segment. But ever since the Baleno has been launched, i20 has never been on top again. Sales have actually shrunk for i20, around 1.7 per cent if we compare on month-on-month basis and a significantly higher loss of 13.7 per cent on year-on-year basis. Hyundai has not introduced any major updates since February 2018, which could be a reason for declining sales of Elite i20. Nonetheless, Elite i20 continues to be the most potent rival of Baleno and things could change in the future.

At 1,529 units in Feb, Volkswagen Polo features at third spot in the list. This is quite distant as compared to Baleno and Elite i20 sales, but on its own, it’s an improvement of 7.2 per cent on a month-on-month basis. In February 2018, VW Polo had posted sales of 1,426 units. Polo is not exactly a rival to the cars above, but is considered because it falls in a similar price range and is a hatchback. 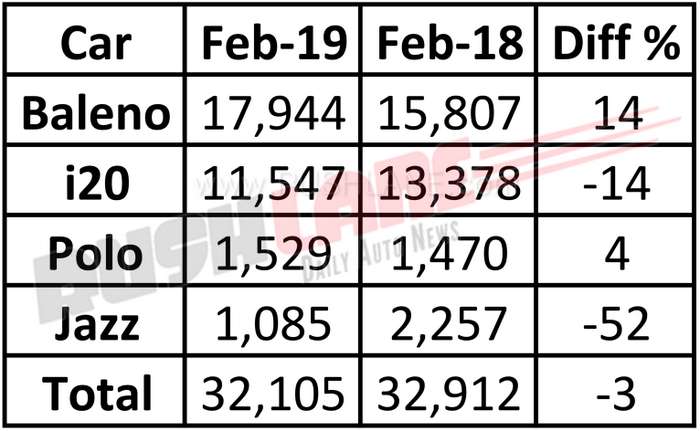 Next in the list is Honda Jazz with sales of 1,085 units in February. This translates into a decline of around 29.8 per cent, as units sold in January 2019 stood at 1,545 units. Loss is even higher at 51.9 per cent if we compare Jazz sales on year-on-year basis.

Maruti Baleno is expected to maintain its lead in the coming months, but things could change post the launch of next gen i20 and the Tata Altroz. Both new cars are expected to be launched later this year in India.