Custom workshop 360 Motoring of Kollam, Kerala, has created the first ever fully modified Maruti Baleno that now boasts of scissors doors, the likes of which have also been seen on Lamborghini sports cars over the years.

The modified Maruti Baleno with scissors doors is finished in a Fire Red color scheme with doors that go upwards on fixed hinges. Apart from this notable feature, the other modifications include an updated front end with an aftermarket grille which is painted black, sports the logo in the middle and is wider than that seen on the stock model. 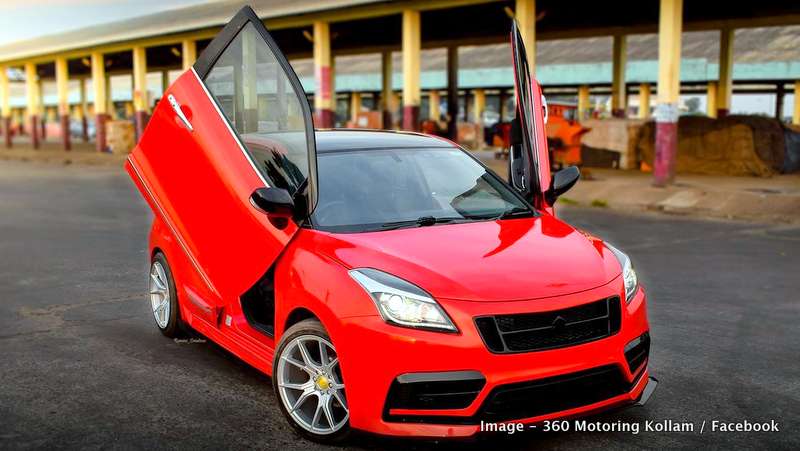 The hatchback now sits on 17” multispoke rims fitted with fatter tyres, gets blackened headlamps and tail lamps while roof gets a smoked effect to enhance its sporty appeal. The rear bumper is also modified and gets two big diffusers while the exhaust system is positioned in the center drawing inspiration from other supercars. The red color scheme continues across its body while roof, mirrors and door are finished in a black color for contrast.

Interiors also get modified with a dual red and black color scheme. This color scheme extends to the dashboard, floor mats and bucket seats while the touchscreen infotainment system also gets added speakers. 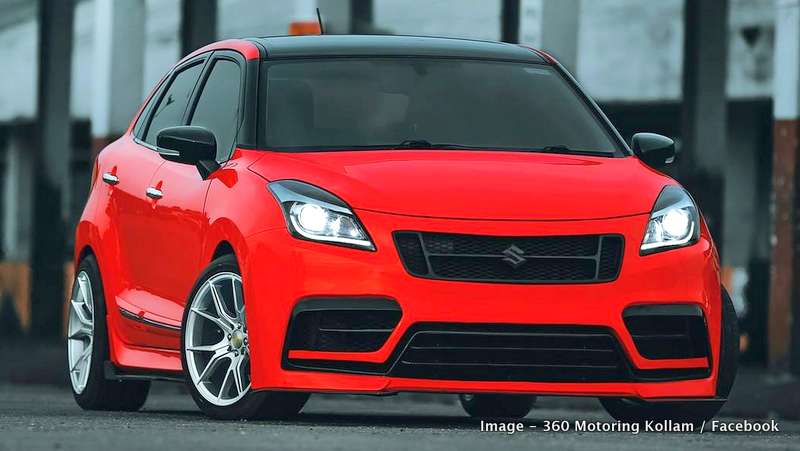 The stock model of the Maruti Baleno saw average monthly sales to the extent of over 18k units during May to October 2018. It is the best selling B2 segment hatchback while the company is now planning an updated Baleno which could launch sometime by June 2019 to continue its competition with the Hyundai Elite i20 and Honda Jazz.