A Maruti Suzuki Baleno Alpha variant has stood the test of travelling from Bengaluru to Leh and back, without any breakdowns when a group of 7 IIT Kanpur alumni undertook a journey from Bengaluru to Leh, Ladakh. This 8,200 km journey was completed in 19 days from June 6-24, 2018. The 26 year old IIT Kanpur batchmates who undertook this journey were – Pranjal, Mohit, Anish, Prateek, Pretesh, Anshu and Meghdeep.

In all they had four vehicles. Pranjal started the drive from Bangalore in his Maruti Baleno with two of his friends from IIT Kanpur batch. Prateek too started the journey from Bangalore on his Bajaj Pulsar RS 200. They were joined by Pretesh, who was driving VW Polo and Anish with his rented Royal Enfield. Maruti Baleno had 3 people, Polo had two, and other two on their respective motorcycles. They drove all the way with their Maruti Baleno, Polo and two bikes, proving its performance over the 180 hours of driving over most rugged of terrain be it sand, snow, desert, pebbles and river beds. 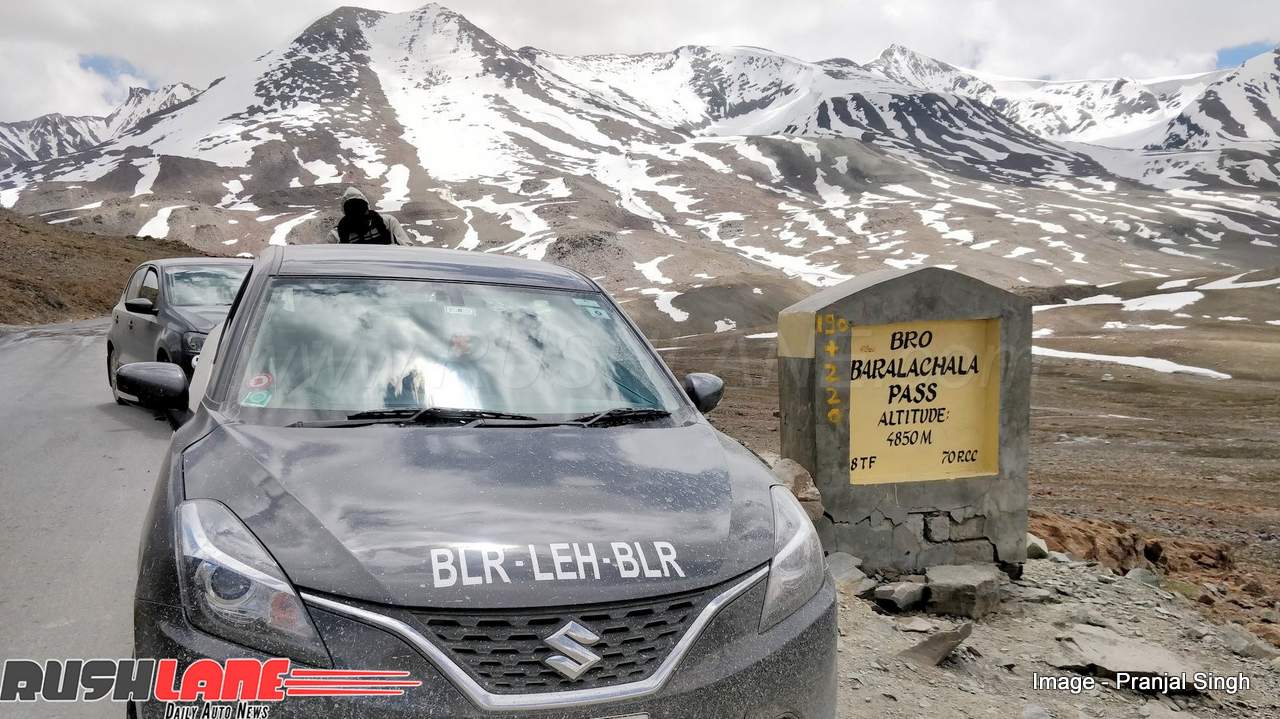 Speaking to Rushlane, Pranjal tells us that the trip in the Maruti Baleno required a total of 499.59 liters of fuel which cost them Rs 40,757, offering mileage of 16.3 kmpl. They scaled to an altitude of 18,379 feet at the Khardung La Pass and crossed Zoji La, Namik La,Fotu La,Tanglang La, Lachung La,Nakee La, Baralacha La and Rohtang La. During their trip, the 7 friends experienced every weather possible. From –3 degrees Celsius in Khardung La going up to a high of 45 degrees Celsius in Jhansi.

Pranjal is a happy Maruti Baleno owner. He adds that the car crossed through 12 states in India, take on the highest altitudes and most varied of temperature and terrain without any breakdowns. Pranjal Singh, who is a Senior Data Scientist with Ola Cabs, conducted a thorough check of the Baleno prior to setting out on the drive. He took the vehicle over a distance of 39,967 kms to the south of India testing its performance over hills and highways and its ability to handle high speeds. 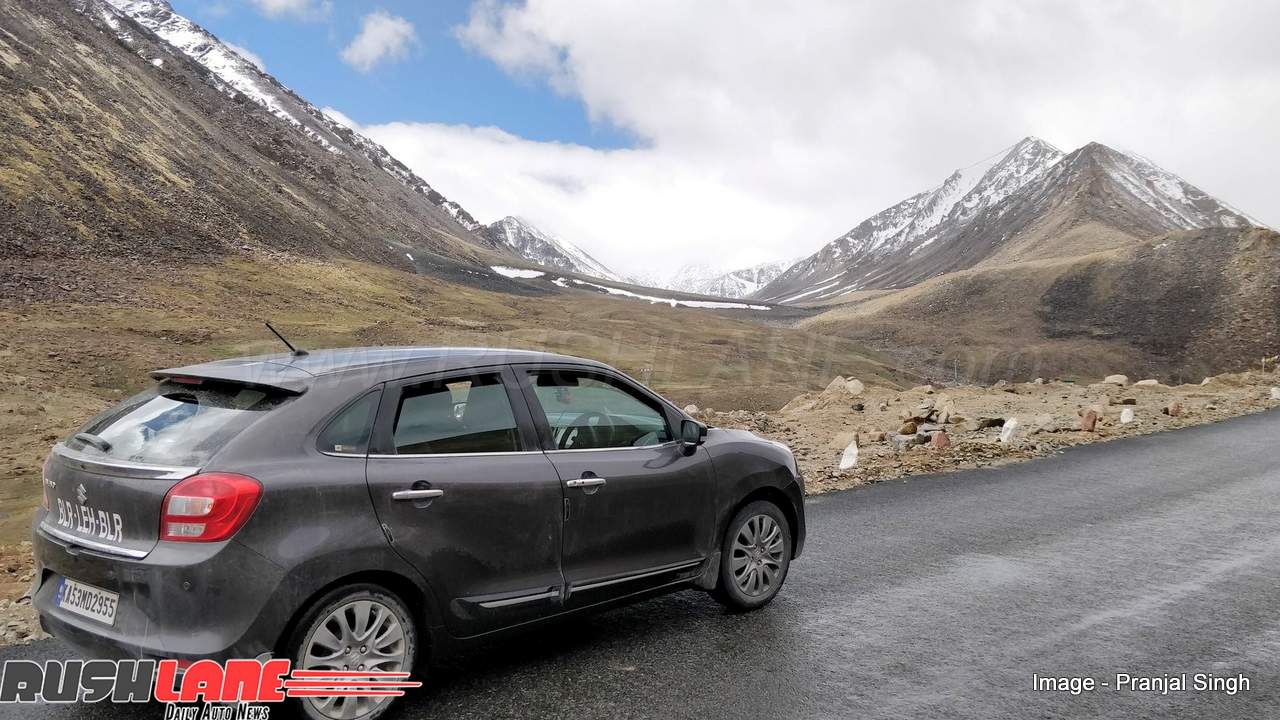 Pranjal has revealed why he thinks the Maruti Suzuki Baleno has stood the test of taking on this challenging journey. He states that it is the vehicle’s high ground clearance and massive tyres measuring 195/155 R16 that allowed it to be fit for the journey. Maruti Baleno also has a spacious boot which could contain the entire luggage weighing about 60 kgs, not only of the occupants of the car but also those that undertook the journey on bikes.

While travelling across some rugged stretches of road, the Baleno did suffer some underbody hits which did not harm the vehicle in any way due to the excellent quality of its underbody chassis. Pranjal travelled at an average speed of 80 kmph with the Baleno petrol offering mileage at 17.2 kmpl. Its performance was such that at no time did Pranjal felt that he and his other friends would have been better off in a 4×4.

Pranjal and his friends returned to Bengaluru on 24th June 2018, elated at having enjoyed the entire trip and undertaken the same in the Maruti Baleno without even having to deal with a single puncture or air filter blockage.