It was the Ford EcoSport which was the first ever modern sub 4 meter SUV which was launched in India. The first of its kind car, managed to find immediate success, not only in India, but also across the world. But, the success was short lived. In March 2016, Maruti Suzuki launched the Vitara Brezza compact SUV, at a staggeringly aggressive price tag.

Ford EcoSport sales dipped overnight. In order to compete, Ford announced a massive cut in prices of EcoSport. Thanks to launch of Vitara Brezza, EcoSport prices had been slashed by up to Rs 1.3 lakhs. Today, it also has the Tata Nexon to compete with. This has resulted in Ford EcoSport being left behind as far as sales are concerned in the sub 4 meter SUV segment. 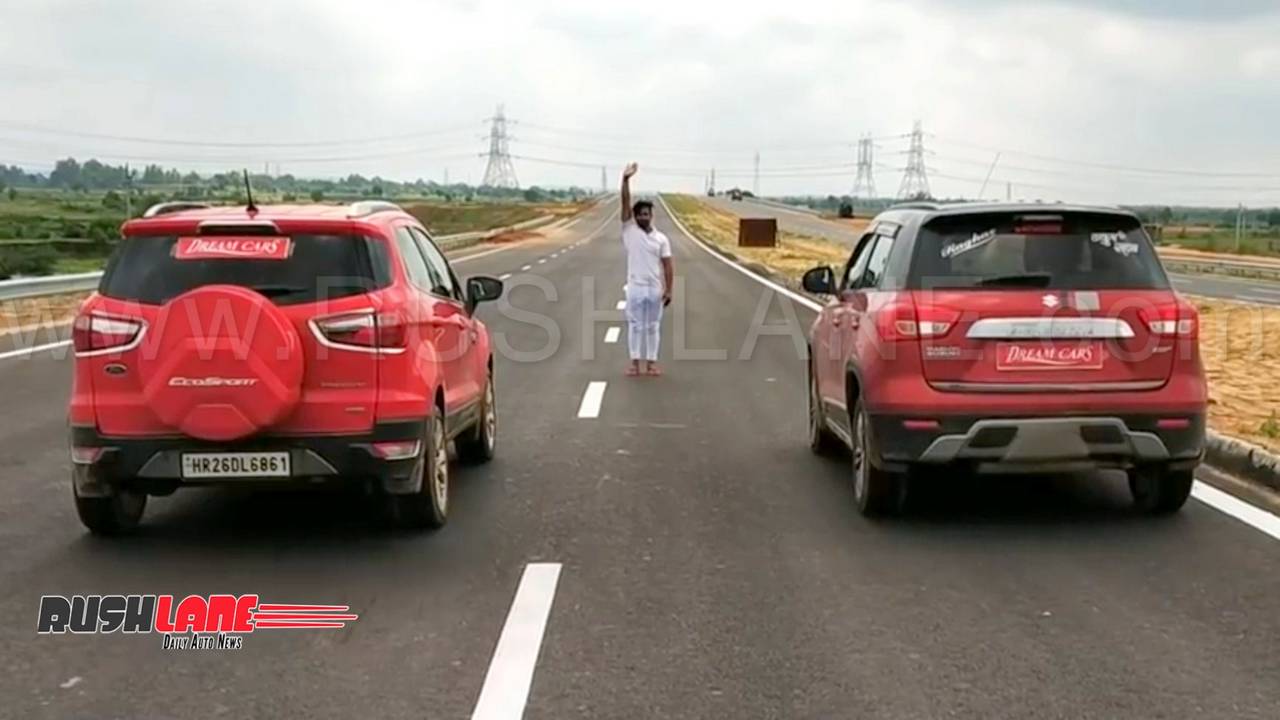 Surprisingly, it is not only sales where the EcoSport has been left behind. Considered as a performance oriented car, the Ford EcoSport was pitted against Maruti Brezza in a drag race recently. The outcome of the race saw Brezza beating EcoSport in the duel.

Yes, it is the Maruti Brezza which has the weight advantage. But, Ford has a more powerful engine, which delivers more power and torque at a lesser rpm. It also has better driving dynamics. But in a straight line, it is no better than a Maruti Brezza. It will be interesting to see how these two perform in a drag race with Tata Nexon, which comes with the most powerful diesel engine in the segment at 110 PS.