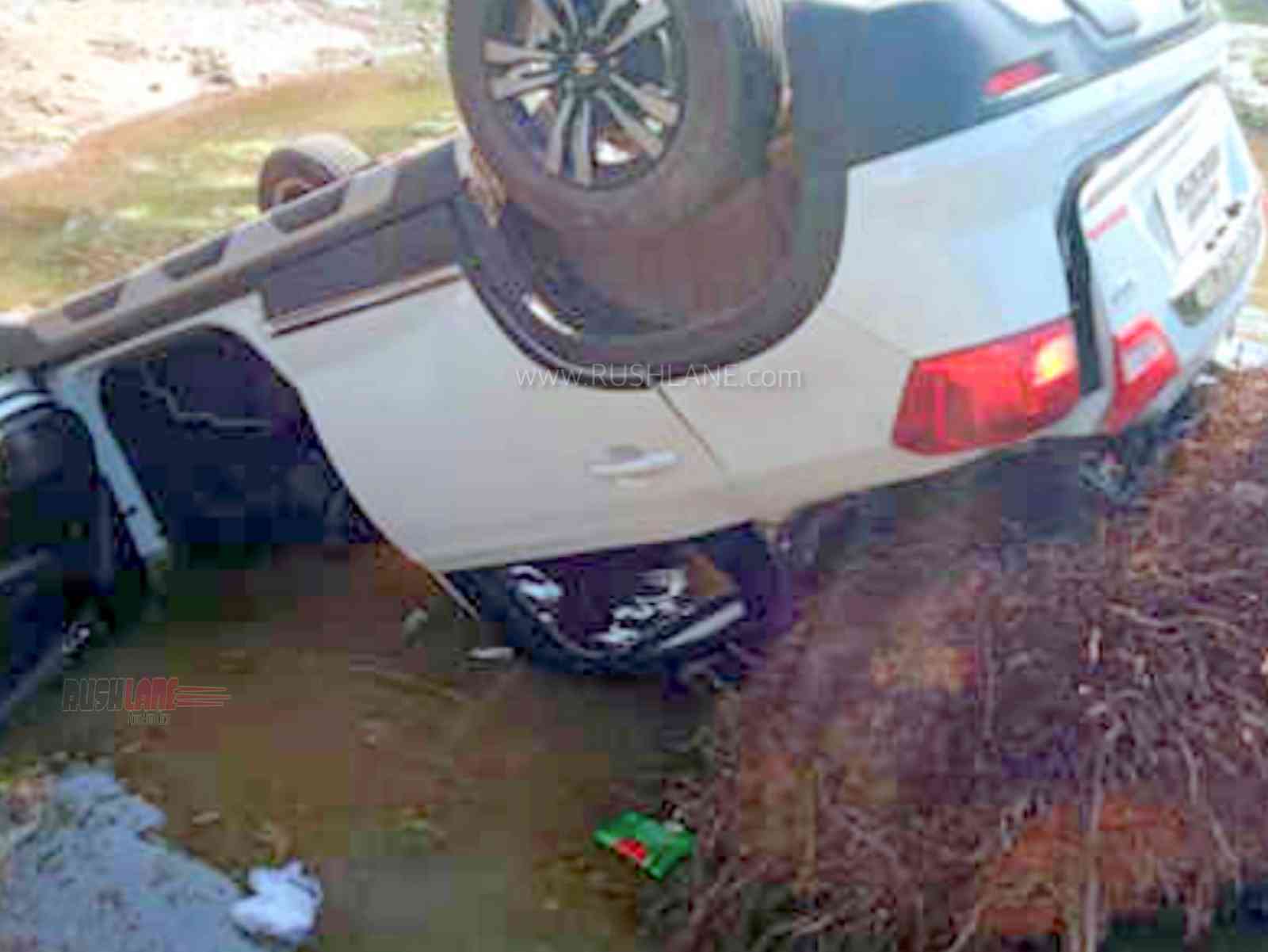 Accidents happen. In India, probably the probability is highest, for a road accident. But what is rare that the driver of the car who has caused the accident, has been sued by the passenger.

Even rarer is when the driver is wife and the co-passenger is husband. Yes. That is what has happened here. A man Karnataka has filed a case against his wife, for crashing their Maruti Brezza SUV.

A 39 year old man from Udupi’s Hosanagar district has filed a case against his wife. Nagaraj, his wife Manjula, their son Issan 6, Manjula’s sister Sumana 40 and his niece Suprabha 15 were in the Marutui Suzuki Brezza at the time of the accident.

Manjula apparently lost control of the vehicle on a dirt track and swerved into a ditch. All the 6 occupants had a narrow escape and suffered minor injuries. The accident occurred at Ramachandrapura in Hosanagar taluk of Shivamogga district on Tuesday and Nagaraj has approached the police with a complaint against his wife for rash and negligent driving.

The couple was heading towards Sagar from Kundapur where they had come to attend a religious function. A case has been registered under IPC Section 279 rash driving or riding on a public way and under Section 337 causing hurt and endangering the life or personal safety of others.

Nagaraj, is a computer servicing professional while Manjula works at a government residential school in Hebri. The owner of the Maruti Suzuki Brezza is Nagaraj’s brother in law. Manjula holds a valid driver’s license. She was at the wheel while Nagaraj was in the front passenger seat helping his wife navigate the roads through potholes on the road to Hosanagar.

They were at the Sharavati Bridge near Ramachandrapur Mutt when Manjula took an extreme right turn and headed towards a dirt track. The Brezza immediately went into a ditch and sat upside down. Nagaraj managed to escape through the window and save the other occupants of the SUV.

Though the driver of the SUV was his own wife, it is commendable that Nagaraj has filed a police complaint. It shows his sense of responsibility, civic awareness and adherence to the traffic rules and regulations, something which has become a rarity in today’s day and age.