Owner of new Maruti Brezza SUV has modified his car like no other. He has spruced up the new compact SUV which has probably become the first Maruti Brezza in India too look like a Range Rover Evoque. The Maruti Brezza costs Rs 10 lakhs, the owner added another Rs 6 lakhs, and now he has a car which looks like a Rs 60 lakhs car.

Customization of this Maruti Brezza in Kerala is purely cosmetic but adds a unique look to the sub compact with new grille, larger alloy wheels and a contrast colored roof. Even on the inside, this modifier has added changes. 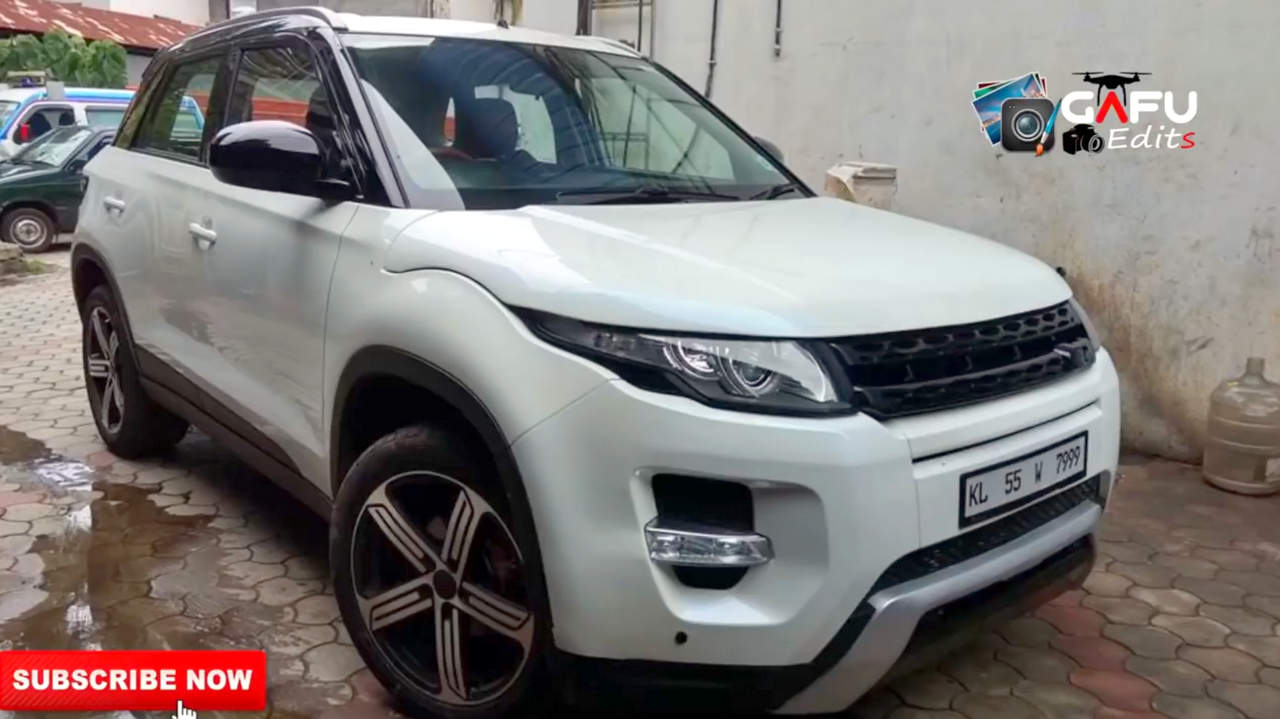 To make the new Brezza stand apart, the owner has also added Land Rover like honeycomb front grill in the place of the chrome grille offered by Maruti Suzuki – proudly adding Land Rover-Style to the front of the car, beckoning more attention. Even the front bumper, headlights, foglights, have been modified to the T. There are new alloys with red disc brake calipers.

Modifications to the sides of the Maruti Brezza in Kerala sport new cladding on wheel arches while aftermarket tyres. The rear end sports new piano black polish over standard chrome appliqué while overall look has been made to look like the Land Rover, including the LED taillights. Watch the full video below.

On the inside, it gets red and black themed dashboard and seats – again inspired by the Range Rover Evqoue. The customized Maruti Brezza is painted in dual tone white and black, same like the Evoque.

Even though exterior and interior customization have been added, there are no changes made to engine of the Maruti Brezza in Kerala which continues to be powered by the same DDiS200 engine offering 89 hp power at 4,000 rpm and 200 Nm torque at 1,750 rpm mated to a 5-speed manual transmission.