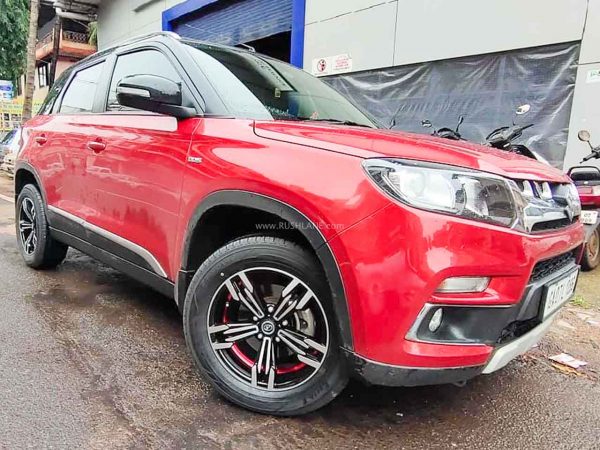 Since its launch, the Maruti Suzuki Vitara Brezza has been dominating the sales charts, month over month. The compact SUV has its own set of fans, many of whom prefer to personalize their prized possessions. Over the years, we have seen multiple modifications on the Brezza, both on the 2015 model and even on the facelifted version.

Recently, Mohit Kenny, a Brezza owner got himself a new set of alloys and tires for his Brezza. The alloys bear a 5-spoke design, considerably different from the one seen on the standard Brezzas. He has also got new Yokahama Earth 1 tyres and replaced the company fitted rubber. Mr. Kenny claims that the overall setup costed him about Rs 66k – 33k for alloys and 33k for tyres.

Based upon the photos, it seems that the Brezza Mr. Kenny owns is a pre-facelift model. Also considering the timeline of the launch of the petrol version, it is easy to conclude that the model happens to be powered by a diesel engine. While there are ample photos of the tyre-wheel setup which have been shared, photos of the complete car are limited. 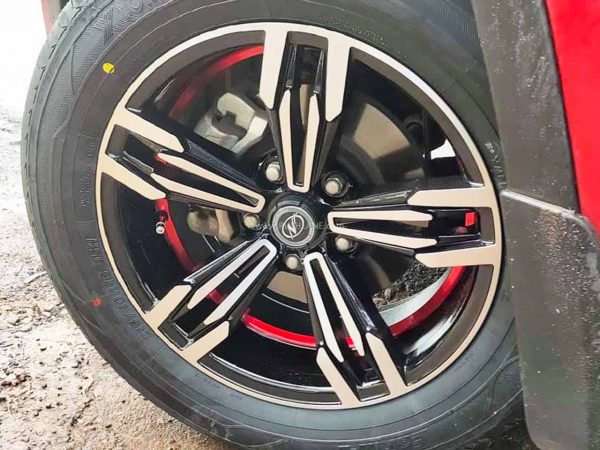 In our opinion, we aren’t sure if the new set of alloys make the SUV more attractive but there is absolutely no denial that they help the vehicle to look distinctive. For a model like Brezza, distinctive too is good because Maruti usually sells around 10,000 units of the Brezza every month (pre-Corona statistics).

Talking about the Brezza, it was launched back in 2015 with a Fiat sourced 1.3 litre diesel motor. The Brezza had a fantastic start and even helped Maruti to claim the title of the largest SUV maker in India. However, with the BS6 emission norms kicking in, Maruti decided to discontinue the 1.3 litre engine and make the Brezza a petrol-only model. Currently, the Brezza comes with an updated exterior design and an in-house developed 1.5 litre K15B petrol motor.

The compact SUV segment has been getting new entrants from all corners. In the next 6 months or so, it will possibly be the only segment where all major OEMs would have a product. Current set of models which fall into the category include Maruti Suzuki Vitara Brezza, Hyundai Venue, Mahindra XUV300 and Tata Nexon. Soon, they will be joined by Kia Sonet, Nissan Magnite, Renault Kiger and Toyota Urban Cruiser (Toyota badged Vitara Brezza). Till now, the Brezza has been able to maintain its dominance however it will be interesting to see how the customers react to the upcoming new models.