Instead of Maruti Vitara Brezza, an alternative Suzuki model will be made by TKM in India

Toyota and Suzuki announced a strategic partnership in 2017 and have been steadily widening the scope of their arrangements, not only in India but also in international markets. The tie-up started with Maruti Suzuki offering its brisk selling Baleno hatchback to Toyota Kirloskar Motors which has been retailing it under the Glanza nameplate in India.

Earlier this year, Maruti and TKM took their relationship to next level by sharing the popular Vitara Brezza which is now also sold as Toyota Urban Cruiser. In March last year, Maruti Suzuki India’s board had approved a move to manufacture the sub-4m compact crossover at one of Toyota Kirloskar Motor’s Bidadi plant near Bangalore starting from 2022.

However, in its recent regulatory filing, Maruti Suzuki stated that its board has approved the change in model to be manufactured by TKM. The company stopped short of mentioning any further details about the new model which is slated to be made it TKM’s facility under both Toyota and Suzuki brands.

Speaking to PTI, TKM’s spokesperson said both companies have mutually agreed on changing the production plan after thorough discussions. The person refrained from commenting further on the future product plans. 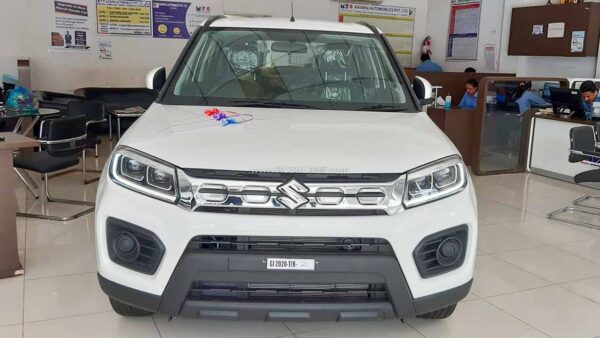 In addition to the Toyota Glanza and Urban Cruiser, TKM is expected to adopt more Maruti Suzuki products under its umbrella in the foreseeable future. It is being reported that the Maruti Ertiga people carrier and Ciaz sedan are also in the pipeline to receive Toyota treatment.

One of these models could see its product base shifted to Toyota’s Bangalore facility. The move will help TKM improve the capacity utilization factor of its assembly lines while it will also Maruti Suzuki to free up production capacity to cater to its demand faster.

In addition to rebadging on a global scale (Toyota has given Suzuki its Corolla to be rebadged in certain markets), the two Japanese automakers are also exploring other synergies such as market development, vehicle production and technology development. Suzuki is expected to benefit from its partner’s expertise in hybrid powertrain technology and an established vendor base for these sub-systems.

The partnership has been fruitful for Toyota in India as the Glanza and Urban Cruiser have given the brand access to new market segments. In fact, in October 2020, the two rebadged cars accounted for 48% of TKM’s domestic sales. More such models are expected to take this proportion even higher.