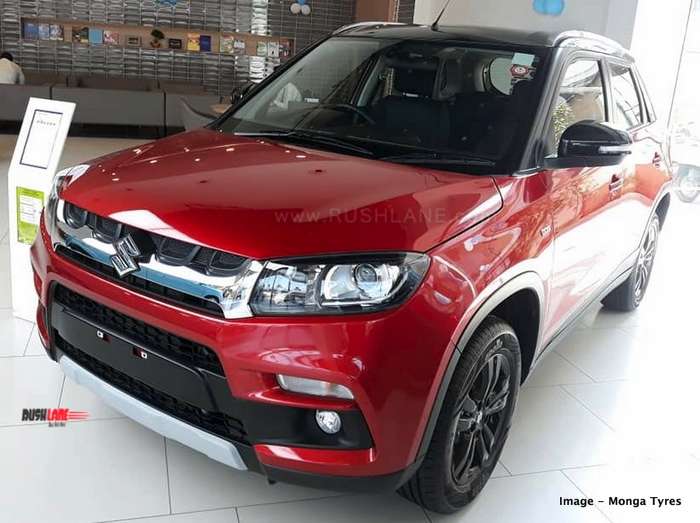 Country’s largest car maker, Maruti Suzuki is reportedly planning to outsource production of its popular SUV, the Vitara Brezza to Toyota Kirloskar Motors (TKM). If the proposal gets approved, this would be the first of its kind arrangement for Maruti Suzuki, because in the past, country’s largest SUV maker has never outsourced production of any of its products to any other company outside Suzuki’s fold. This proposal is part of the larger non-equity based global deal which was signed by Toyota and Suzuki in 2017.

Commenting upon the development, a top executive of Maruti Suzuki stated “Those details are being worked out and of course we will follow the option which is most attractive which gives us the maximum operational advantage.”

Currently, Maruti owns two major factories, one in Manesar and other in Gurgaon. It also sources vehicles from its Gujarat plant which is technically owned by Suzuki Motor Corporation. Suzuki’s Gujarat factory has 3 plants, out of which 2 are already operational.

In the Jan-March’19 quarter, Maruti took 96,272 cars from the Gujarat plant, however the number is expected to go up once the third plant gets operational by 2020. Currently, both Baleno and Swift are made at the Gujarat plant. If the agreement gets a final approval, Toyota Kirloskar Motors will land up producing the Brezza from its Bidadi plants (near Banglore) which have a total installed yearly capacity of 3.1 lakh units. This move can help Maruti to free-up space at its Haryana plants.

At the moment, Toyota is busy with the pre-launch activities of the Toyota badged Baleno, which Toyota is calling the Glanza. Other vehicles which are expected to get a similar treatment in the future are Maruti’s Vitara Brezza and Ciaz and Toyota’s Corolla (will get a Suzuki badge). Currently, Maruti and Toyota are also trying to figure out which manufacturer will take the credit of selling the upcoming Glanza as the sales numbers of the model will change the way the market share is calculated.

As far as the Vitara Brezza is concerned, it has consistently managed sales of 12-13K units per month, however with an increased competition coming in from Hyundai Venue (targeting 10K units per month) and XUV300 (averaging 4k units per month), sales are expected to come down to certain extent. The segment also has other strong contenders like Tata Nexon, Ford Ecosport and an upcoming facelift of TUV300 which might do well in rural markets.