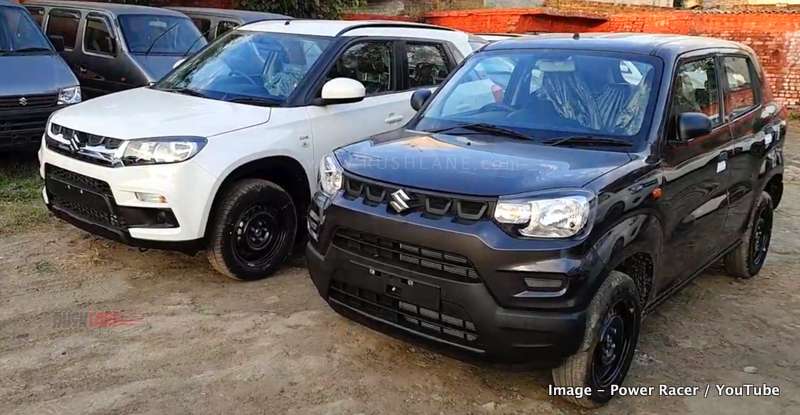 The Maruti S-Presso micro-crossover is finally here to give the SUV fans on a strict budget something to cheer about. Like its primary rival, the Renault Kwid, the S-Presso is technically a hatchback with SUV-ish looks, a tall seating position and ample ground clearance. First images of Maruti’s smallest SUV standing shoulder to shoulder with its bigger sibling, the Vitara Brezza, have emerged, giving us an idea on how the newcomer stacks up in terms of road presence.

Though the S-Presso is significantly smaller than the Vitara Brezza, it has to be said that it manages to look almost as tall. The narrower body enhances the S-Presso’s perceived height. In terms of design, save for the trough-shaped grille elements, there is hardly anything to connect the two Maruti crossovers.

Developed with strict cost targets, the Maruti S-Presso resorted to a highly conservative and mundane styling language. Clearly, the focus was to optimize the manufacturing cost and hence, the newest Maruti makes do with near flat sheet metal panels. Below is the detailed walkaround video comparison of Maruti Brezza vs S Presso by YouTube channel Power Racer.

Even when viewed from the rear three-quarter angle, the S-Presso’s lack of flair is apparent but the most uninteresting angle is from the sides (there is nothing the designers could do to mask the awkward proportions).

There is simply nothing to write home about the S-Presso’s appearance but then, if Maruti’s past successes are anything to go by, the automaker doesn’t really rely on aesthetics to make a product successful. It is all about right packaging, right body style and right set of features/powertrains. The high level of trust the customers have on the brand does the rest. 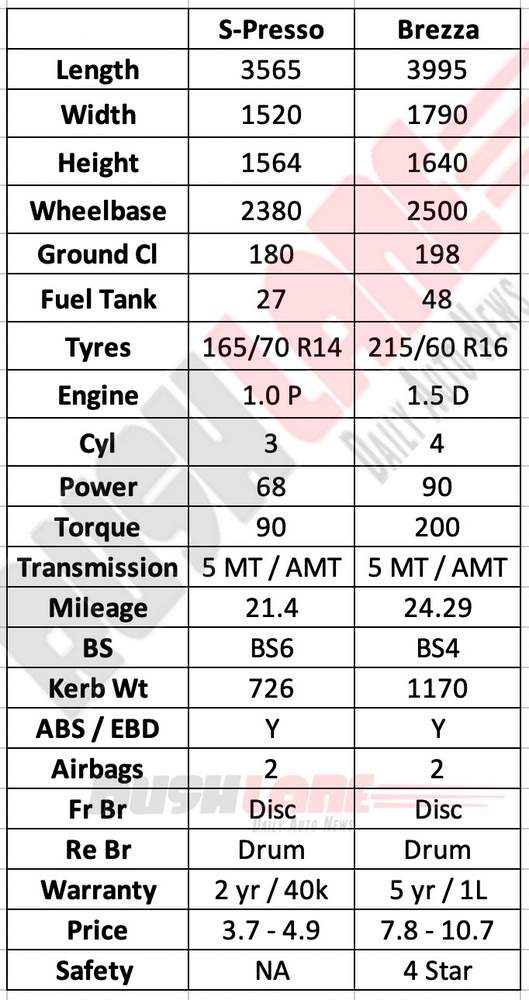 Renault India has come up with a timely update for the Kwid to counteract the Maruti S-Presso. In comparison, we think the Kwid facelift with two-tier front illumination and mildly tweaked interior has better appeal but looks are subjective. We will let you be the judge.

The Maruti S-Presso presents itself as an SUV alternative to the thousands of customers who are lining up to buy the Alto K10 and Wagon R. In that sense, the latest Maruti looks set to become an important volume puller for the company. It would be interesting to see the customer response for the Maruti S-Presso.