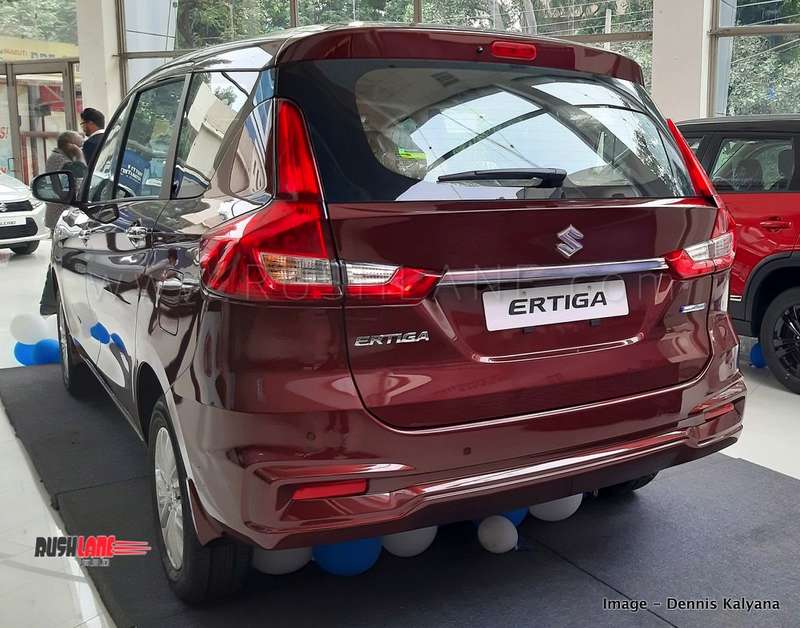 Top performers for Maruti during last month were their cars in the Compact segment. In this segment Maruti sells – Swift, Celerio, Ignis, Baleno, Dzire. Together, these cars registered sales of 72,533 units, as against 65,447 units sold by this segment in Nov 2017 (10.8% growth).

The next best performer for Maruti, are their cars in the Mini segment (Alto, WagonR). This segment registered sales of 29,954 units as against 38,204 units – registering a massive decline of 21%. Ciaz sales too declined, in spite of the updated car being just launched. Utility Vehicle segment managed to stay afloat, thanks to Vitara Brezza. Below is the detailed sales report. 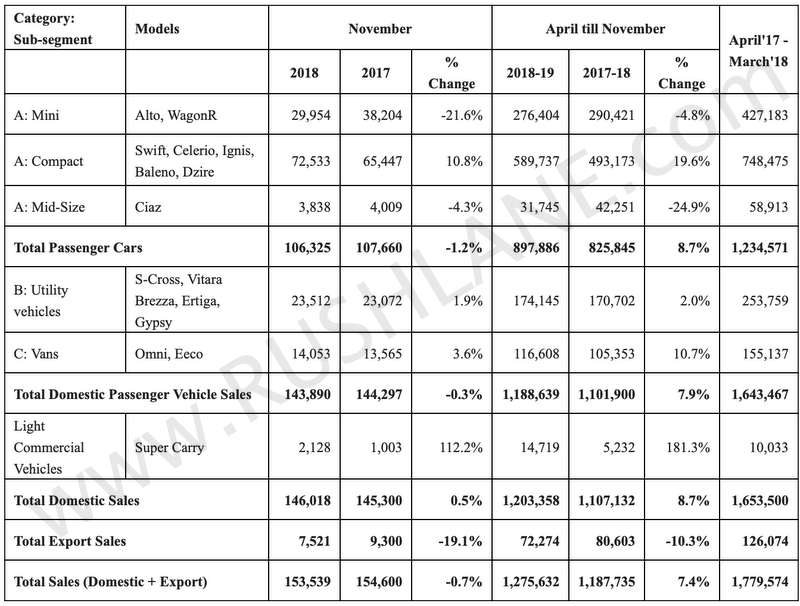 With the year ending soon, Maruti has no new car launches planned for the year. Reports suggest that they will launch multiple new cars next year. This includes new generation WagonR and Alto. These new generation small cars will help Maruti to take on the likes of Hyundai Santro and Tata Tiago.

In the premium segment, Maruti has plans to launch a bigger SUV, to take on the likes of Hyundai Creta and upcoming Tata Harrier. This could be in the form of Suzuki Vitara, the SUV was spied on test earlier this year in India.