The CNG option is currently offered on seven of the company models which include Alto 800, Alto K10, WagonR, Celerio, Dzire, Eeco and Super Carry. Among these, it is noted that the WagonR is the highest selling CNG model in the range. 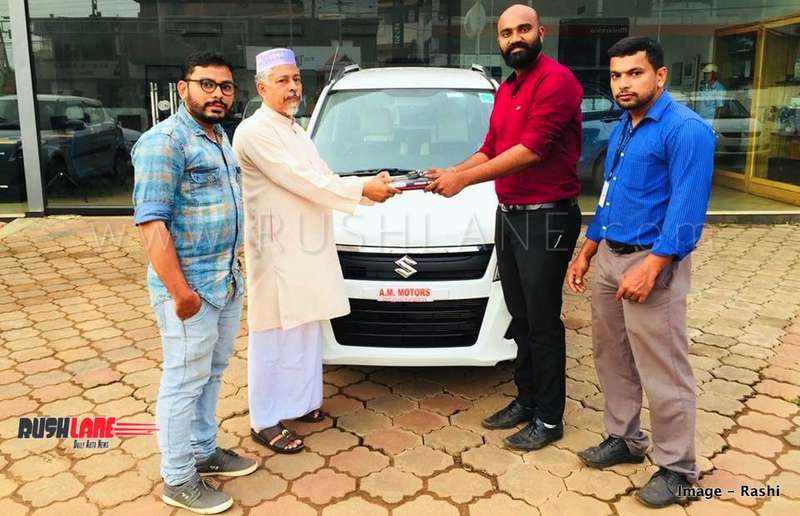 Maruti Suzuki’s range of CNG vehicles have found most buyers in Delhi NCR besides in select cities in Gujarat, Maharashtra, Andhra Pradesh, Telangana, Orissa, UP and Punjab. Having expanded its CNG vehicle range to over 150 cities across India has seen an increase in sales by 50 percent during the period April to November 2018.

These factory fitted CNG vehicles are not only cleaner and more reliable but also safer and environmentally friendlier as compared to their fuel powered counterparts. They also offer a lower cost of ownership and are hence more economical in the long run. 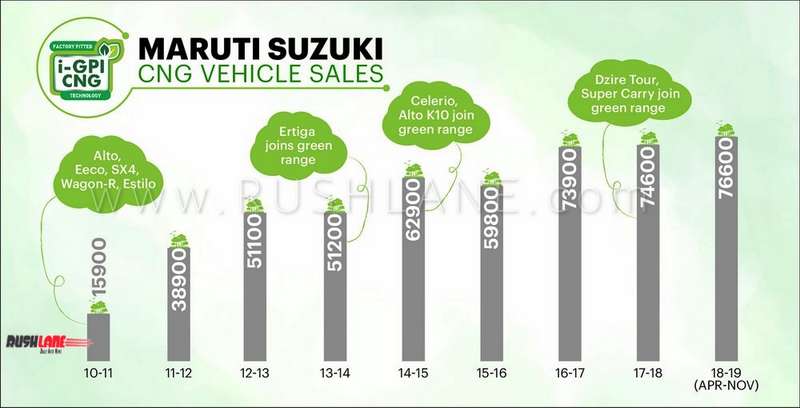 The new Maruti Ertiga CNG is also poised for launch in view of many fleet and private buyers in the country demanding the same. The new Ertiga CNG is currently under development with the company fine tuning its new 1.5 liter petrol motor with CNG fuel. It is also estimated that the new Ertiga will continue to receive Smart Hybrid technology and dual battery setup.