Maruti Suzuki India has revealed their sales report for the month of Dec 2018. As per the report, India’s largest car maker has registered sales of 121,479 units in the domestic market last month. This when compared to sales registered in Dec 2017, is a marginal increase of 1.8% when the company sold 119,286 units. 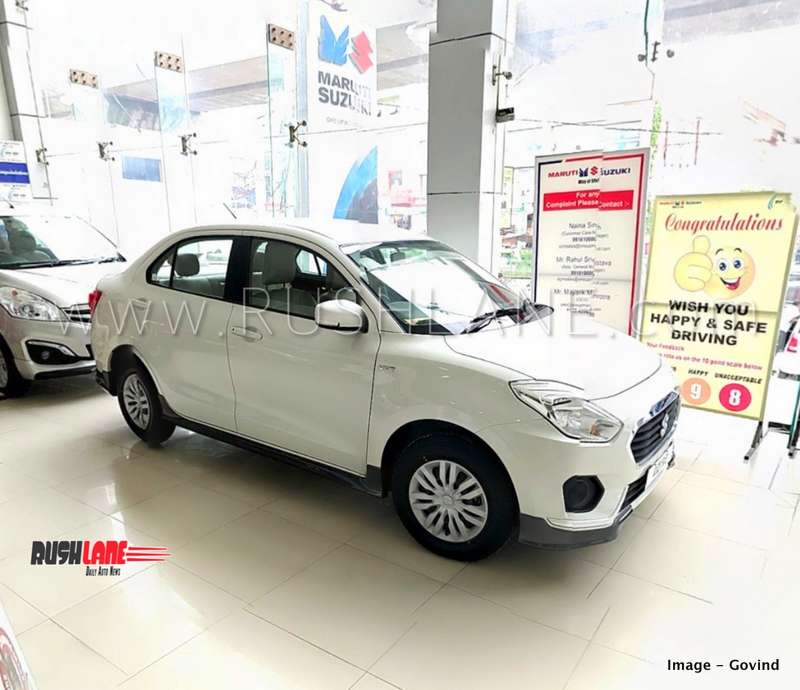 Maruti utility vehicles, which include S-Cross, Brezza, Ertiga, Gypsy; registered a marginal increase in sales of 4,9%. Their sales increased from 19,276 to 20,225 units. Below is the detailed sales report of Maruti Suzuki India for Dec 2018. 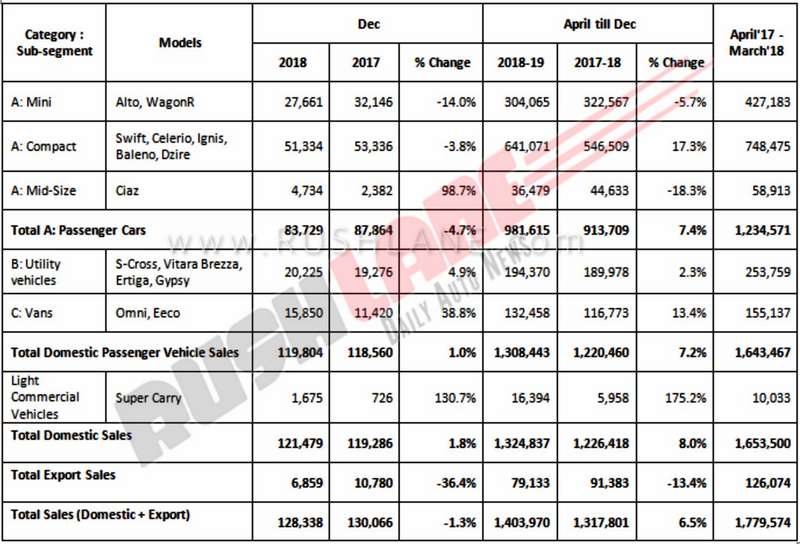 Maruti Suzuki India started the year with a double digit growth. But since the last few months, there has hardly been any growth in sales. This has led Maruti to reduce their original target of achieving double digit growth for the fiscal to a single digit growth (8%). Maruti is expecting a push in sales from later this month, as they will launch the new generation WagonR hatchback.

Maruti is also sitting on about 1.5 lakh to 2 lakh inventory / stock of new cars. This is the largest ever stock of new cars which has piled up in the company’s history. They have launched ‘Hum Saath Saath Hain‘ campaign internally. Not only dealers, but sales reps will also be awarded on selling a car. These incentives are in addition to the huge car discounts which are being already offered.