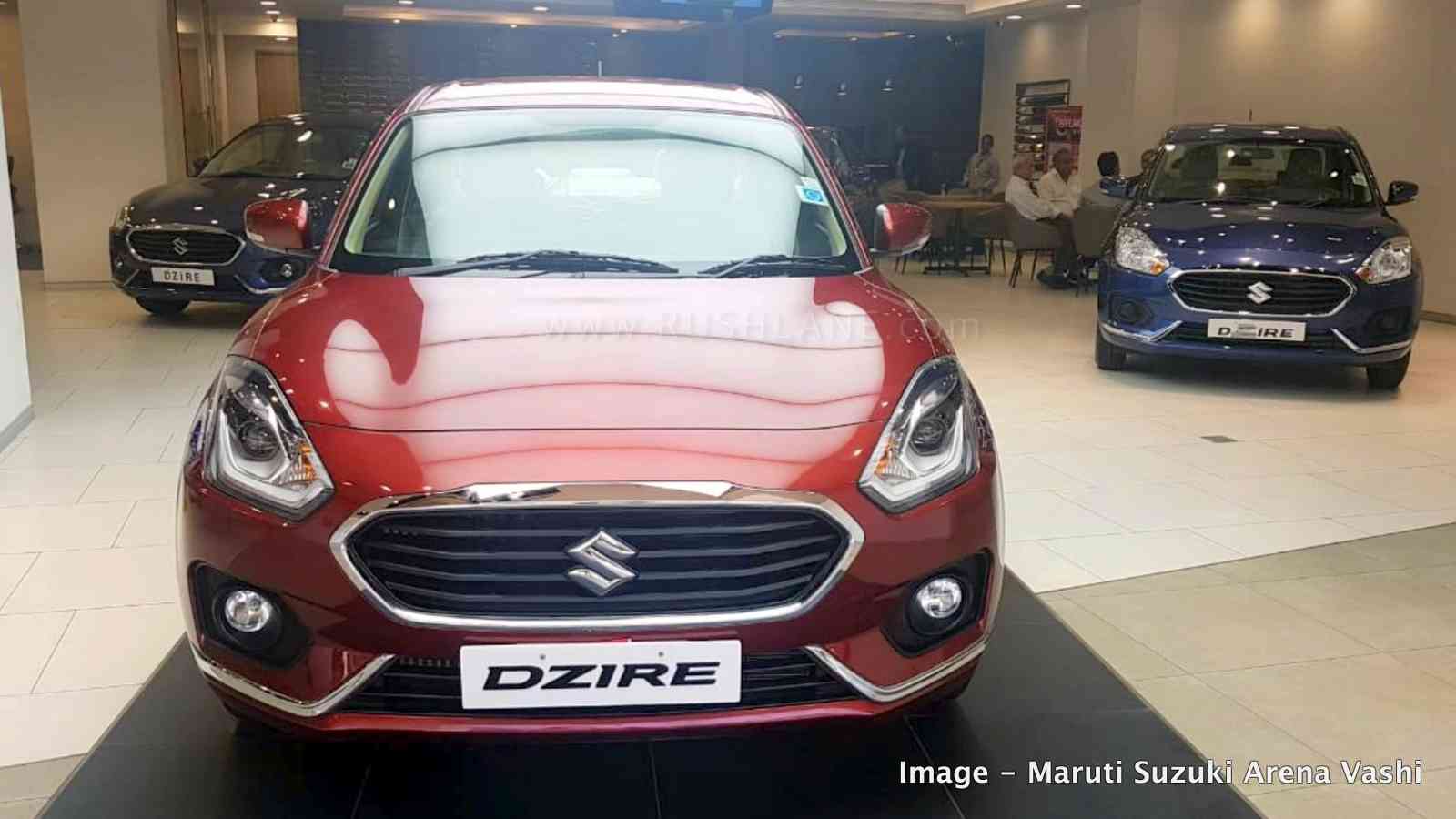 For years, it is the same Maruti cars which features in the list of best selling cars in India. These are – Alto, Dzire, Swift, Baleno, and WagonR. These 5 are the best selling Maruti cars. Out of these five, it is the Maruti Dzire compact-sedan which has come out on the top of sales chart for the period of April to Nov 2019.

All five managed to register sales over 1 lakh in the said period. Maruti Suzuki sold 1.28 lakh Dzire units during this period (April to November 2019). This was followed closely by Maruti Alto with 1.27 lakh units and then by Maruti Swift at 1.25 lakh units.

Baleno managed 1.13 lakh sales while WagonR managed 1.03 lakh sales. Below is the detailed sales performance of each of the five cars for the mentioned period.

Speaking about the achievement, Mr Shashank Srivastava, Executive Director (Marketing & Sales) of Maruti Suzuki India Limited (MSIL), shared that the Dzire created a niche for itself amongst the major names in the compact sedan segment in India. He added that more than 70% of Dzire customers are individuals who wish to upgrade to the ‘sedan life’ and almost half the new buyers of the Dzire drive it home as their first car. The company expresses its gratefulness for the trust laid upon it by its esteemed customers.

The Maruti Suzuki Dzire is currently in its third-generation. Essentially a Maruti Swift with a bigger boot (but packaged aesthetically and functionally better than its predecessors), the Maruti Dzire follows an elegant approach on the inside and outside, unlike its sportier hatchback sibling.

It comes with all the basic features and technology one would expect at its price point, including a touchscreen infotainment system (with Apple CarPlay, Android Auto and MirrorLink), automatic climate control, rear AC vents, electrically adjustable ORVMs, etc.

The Maruti Dzire is available in both petrol and diesel formats; the same units found in the Swift hatchback. The 1.2-litre VVT petrol engine makes 82bhp and 113Nm while the 1.3-litre DDiS diesel mill is good for 74bhp and 190Nm of torque. Both engines are available mated to either a 5-speed manual or its respective AMT.

At a starting price of under Rs 6 lakh ex-showroom for the entry-level petrol LXi variant, the Maruti Suzuki Dzire is an ideal choice for those looking forward to buying a small sedan, but space and budget are a major concern. At present, the Maruti Suzuki Dzire locks horns with the Ford Aspire, Tata Tigor, Honda Amaze and the all-new Hyundai Aura.