Maruti DZire has been a leader in sales, scoring head and shoulders above its rivals such as the Honda Amaze, Hyundai Xcent, Tata Tigor and Ford Aspire all of which are in the sub 4 meter sedan segment.

Sales of each of these five models increased substantially in Q2 2018 wherein it was also seen that DZire sales far exceed its competition. Maruti Suzuki DZire sales in this period went up to 74,765 units while sales of Amaze stood at 18,892 units and sales of Xcent went up to 11,585 units. 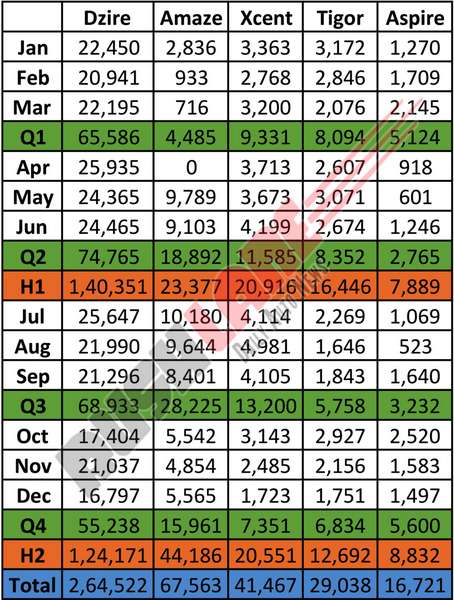 In Q3 2018 as well, DZire sales went down to 68,933 units as compared to its performance in the Q2 period. However, it was still considerably higher than sales of the Amaze which stood at 28,225 units, Xcent sales which were at 13,200 units along with sales of the Tigor and Aspire which were at 5,758 units and 3,232 units respectively.