Maruti Suzuki India Limited, leading automakers in India, gear up for the launch of the new Ertiga MPV. Set for official launch in the country on 21st November 2018, new Ertiga will be seen with several exterior and interior updates as compared to its current generation model.

Ahead of launch, Maruti announced today that they are now accepting bookings of the all new Ertiga across all their dealerships, as well as on their website. You can book one by paying advance of Rs 11,000. 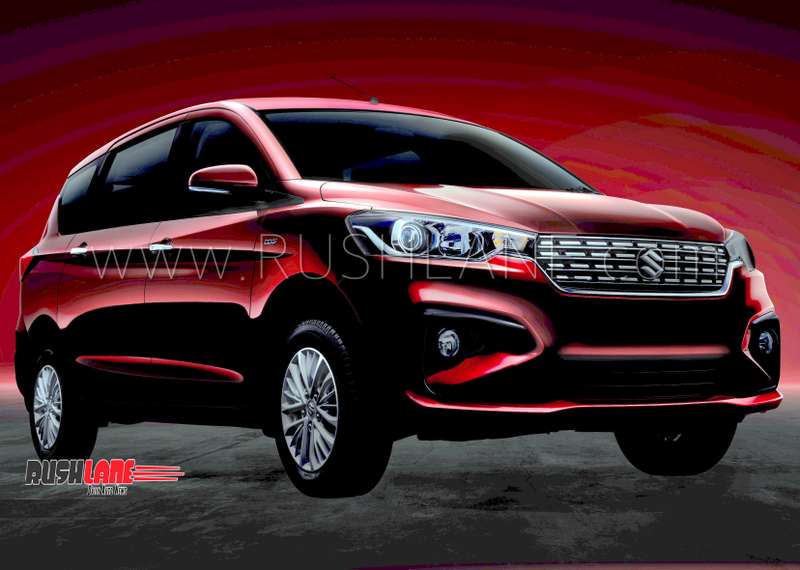 2018 Maruti Ertiga has also been spied on test in India in production format. It has grown in dimensions as compared to its current counterpart. Length has increased by 99mm while wheelbase is the same at 2,740mm. Width also increases by 40mm and height by 5mm but boot space is reduced by 32 liters.

The exteriors of the new Maruti Ertiga receives design updates in the form of a sportier front grille, sleek headlamps, large bumpers and a host of chrome accents giving it a more premium stance. It is positioned on the new HEARTECT platform that also underpins the new Swift and DZire in the Indian market.

India-spec Ertiga will be slightly different in exterior styling as compared to Indonesia spec Ertiga. Interiors will also get revamped with a new dashboard and instrument console. It gets a new infotainment system as well and is now seen with a flat bottom steering wheel. On board comforts include automatic AC while the infotainment system supports Apple CarPlay and Android Auto.

Engine specifications will include a 1.5 liter petrol engine offering 104 bhp power and 138 Nm torque developed in-house by Suzuki and mated to a 5 speed manual or 4 speed automatic transmission. It will also be powered by a 1.3 liter MultiJet diesel engine that powers its current generation model. The SHVS mild hybrid system will be offered on both the petrol and diesel engines.

Where pricing of the new Ertiga is concerned, it is expected to be priced at a premium over its current generation model. It will rival the Honda BR-V, Renault Lodgy and Mahindra Marazzo upon launch in India.