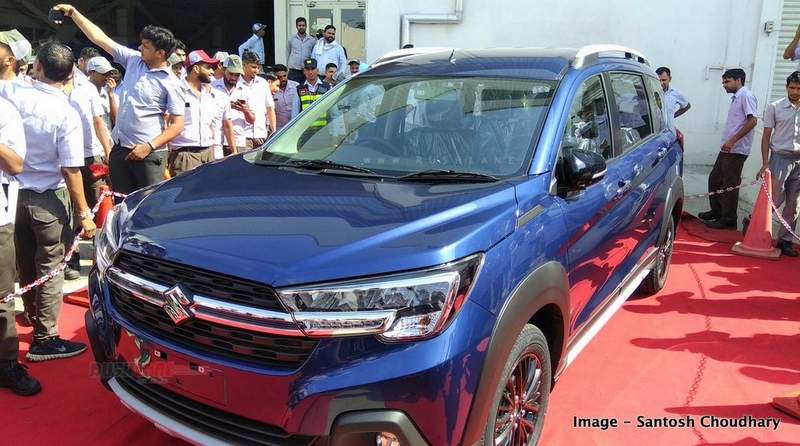 While negative sales were noted in every other segment, this was not the case in terms of MPV sales in the past month. Sales in this segment increased by 7 percent from 23,215 units sold in September 2018 to 24,739 units in September 2019.

This was primarily due to the entry of the Maruti Suzuki LX6 which is sold via the company’s exclusive NEXA outlets adn immediately saw itself in a No. 5 spot on the list of best selling MPVs in the past month.

At a No. 1 spot was the Maruti Suzuki Ertiga with sales up 60 percent in the past month to 6,284 units as compared to sales of 3,926 units in September 2019. The company has sold over 70,000 units of the Ertiga since launch in November 2018. Sep 2019 sales of Ertiga are its lowest monthly sales this year. It seems that Ertiga sales were eaten by XL6.

Renault Triber, launched in August 2019, got off to a good start in the Indian MPV segment with sales of 4,710 units in the past month. Toyota Innova Crysta was no longer on the 2nd spot, posting negative sales, down 35 percent to 4,225 units as compared to 6,477 units sold in September 2018.

Mahindra Bolero sales also dipped 41 percent to 4,179 units last month. Sales of the Mahindra Marazzo and Honda BR-V also dipped 68 percent and 52 percent respectively as did sales of the Datsun GO+ which fell 71 percent in the past month.

Tata Hexa and Mahindra Xylo sales also suffered negatively down 79 percent and 90 percent respectively while the Renault Lodgy posted a sales increase of 189 percent to 78 units as against 27 units sold in the same month of the previous year.

The Tata Sumo was out of this list as the MPV has it has been discontinued after completion of 25 years of being in production. The Sumo production was stopped in April this year as it would involve hefty investment in terms of safety updates and compliance to BS VI emission standards.