RUSHLANEDAILY AUTO NEWS
HomeCar NewsMaruti Ertiga back on No 1 for Feb 2019 MPV sales -...

Maruti Ertiga back on No 1 for Feb 2019 MPV sales – Ahead of Innova, Marazzo

The new generation Maruti Ertiga is the best selling MPV in the country for Feb 2019. Maruti Suzuki Ertiga sales noted a 72 percent increase in February 2019 as compared to sales in the same month of the previous year. Sales which stood at 4,645 units in February 2018, increased to 7,975 units last month. The second generation Maruti Ertiga, launched in India at the end of last year has been regaled by buyers due to its updated list of features which are offered from its base variant onwards.

Toyota Innova Crysta MPV was at No. 2 spot on the list of best selling MPVs during the past month. Even as sales of Toyota Kirloskar Motors noted a decline in February 2019, sales of the Innova Crysta showed positive growth momentum. Sales of this MPV increased 8 percent from 6,127 units sold in February 2018 to 6,634 units sold in the past month. 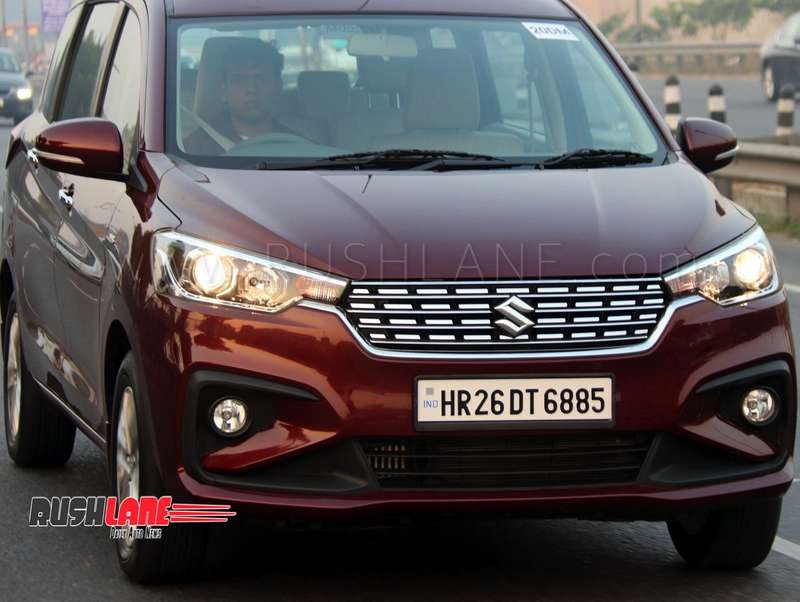 Mahindra Marazzo which has received a 4 star safety rating from Global NCAP recently saw sales of 2,881 units in February 2018. It has been six months since the Marazzo was launched in India in September 2018 and is currently commanding a waiting period of upto 4 weeks. It has been noticing good sales every month. 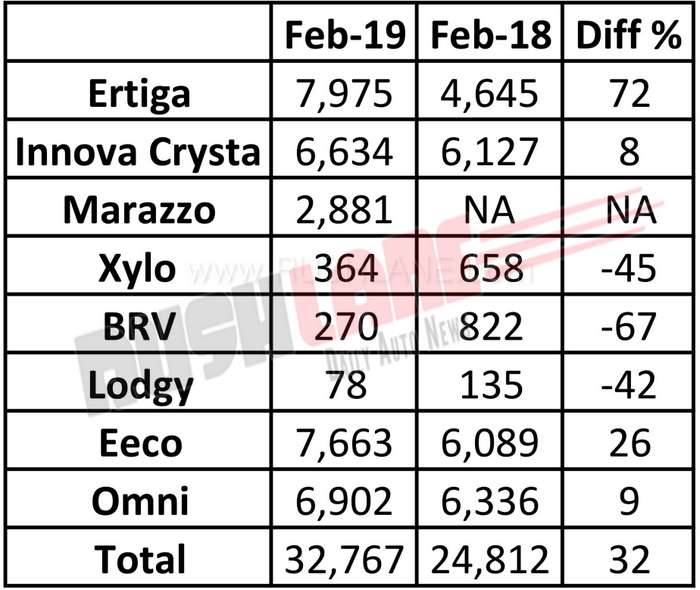 Mahindra Xylo recorded low sales in the past month. Sales dipped 45 percent from 658 units in February 2018 to 364 units in the past month. The Xylo, which is priced from Rs.9.38-12.0 lakhs, has seen no major updates and since it will also not be upgraded to comply with new crash test norms the vehicle might get discontinued in near future.

Honda BR-V also reported sales decline of 67 percent with sales in February 2019 at just 270 units as against sales of 822 units in the same month of the previous year. The Honda BRV is a niche product combining the stance of an SUV with the practicality of an MPV but has somehow failed to attract the attention of the buyer in the country.