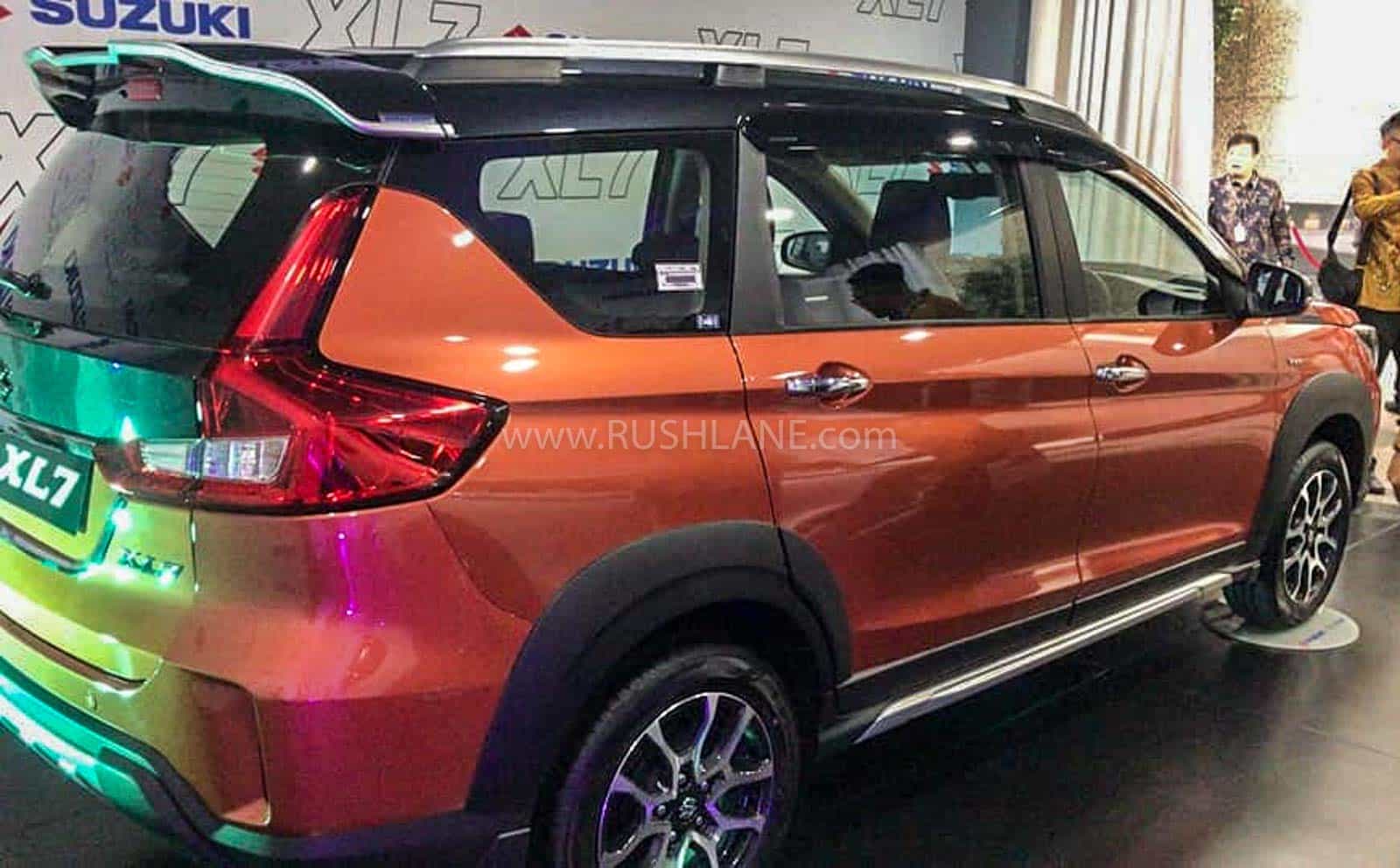 Suzuki XL7 is a seven seater variant of the Maruti Ertiga based XL6 which was launched in India in August 2019.

Maruti Suzuki XL6, a six seater premium MPV based on Ertiga, was launched in India in August 2019. Since launch, it has seen outstanding demand in the country. It has appealed to buyers in the MPV segment posting strong sales month after month ever since it was launched. It is sold through the company’s Nexa range of premium dealerships in India and is powered exclusively by a 1.5 liter petrol engine option.

For Indonesia, Suzuki has now launched XL7, which is in fact a 7 seater variant of the XL6. The Suzuki XL7 in Indonesia is priced in a range from IDR 230 million to IDR 267 million (approx Rs.12-13.94 lakhs). It will compete with the Mitsubishi Xpander and the Honda BR-V in its segment.Launch in India is currently not on the cards as it is basically a revised version of an existing product. 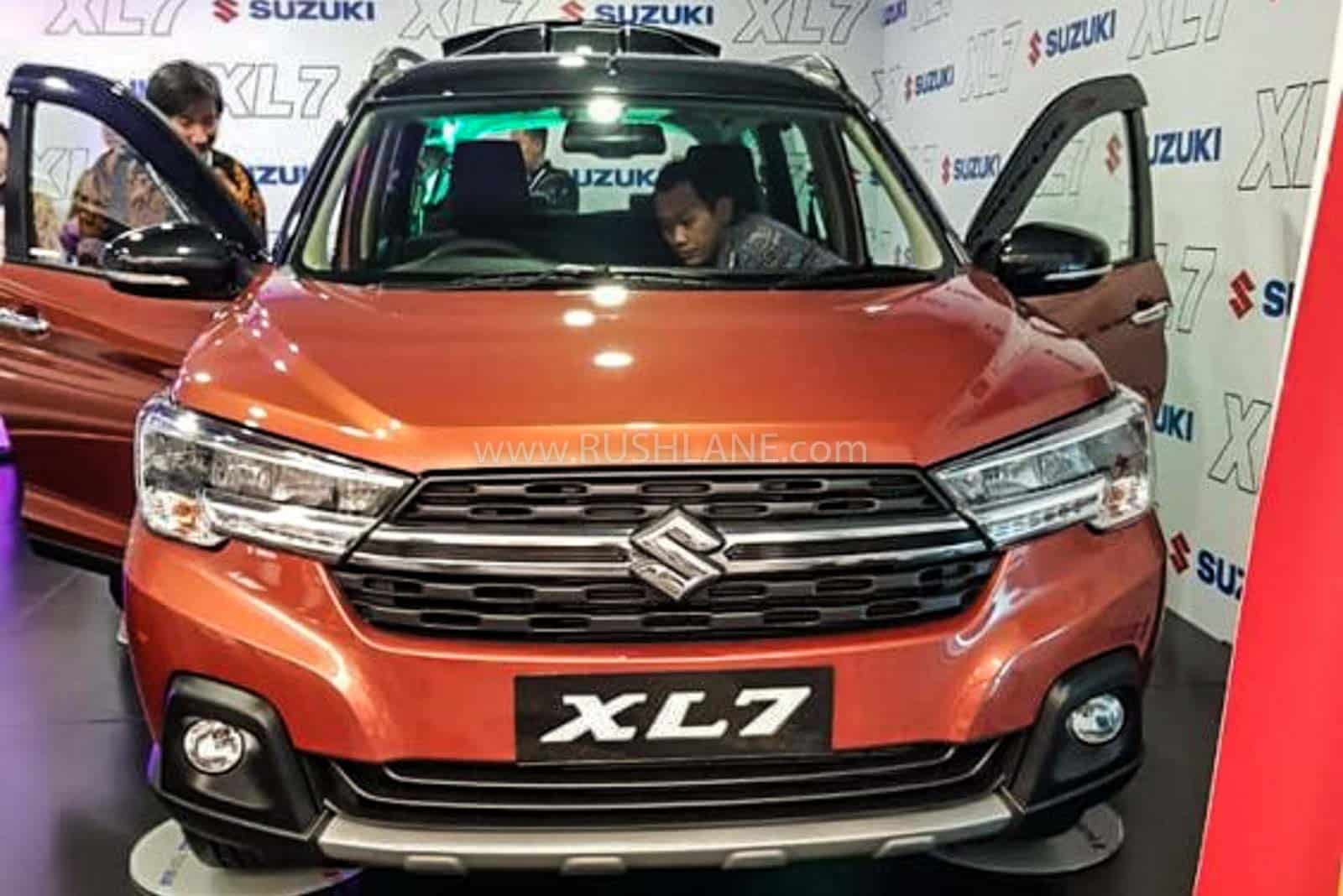 The new XL7 – offered in Zeta, Beta and Alpha variants, will borrow all of its features from the Maruti Suzuki XL6 but will gain features such as double spoke machine cut alloy wheels, door visors and a new rear spoiler.

It will also be seen in a dual tone colour scheme with a contrasting roof and interiors will sport an all black colour scheme. It will get a bench seat in its second row, so as to accommodate upto 3 passengers as against the XL6 which gets two individual captain seats in India. 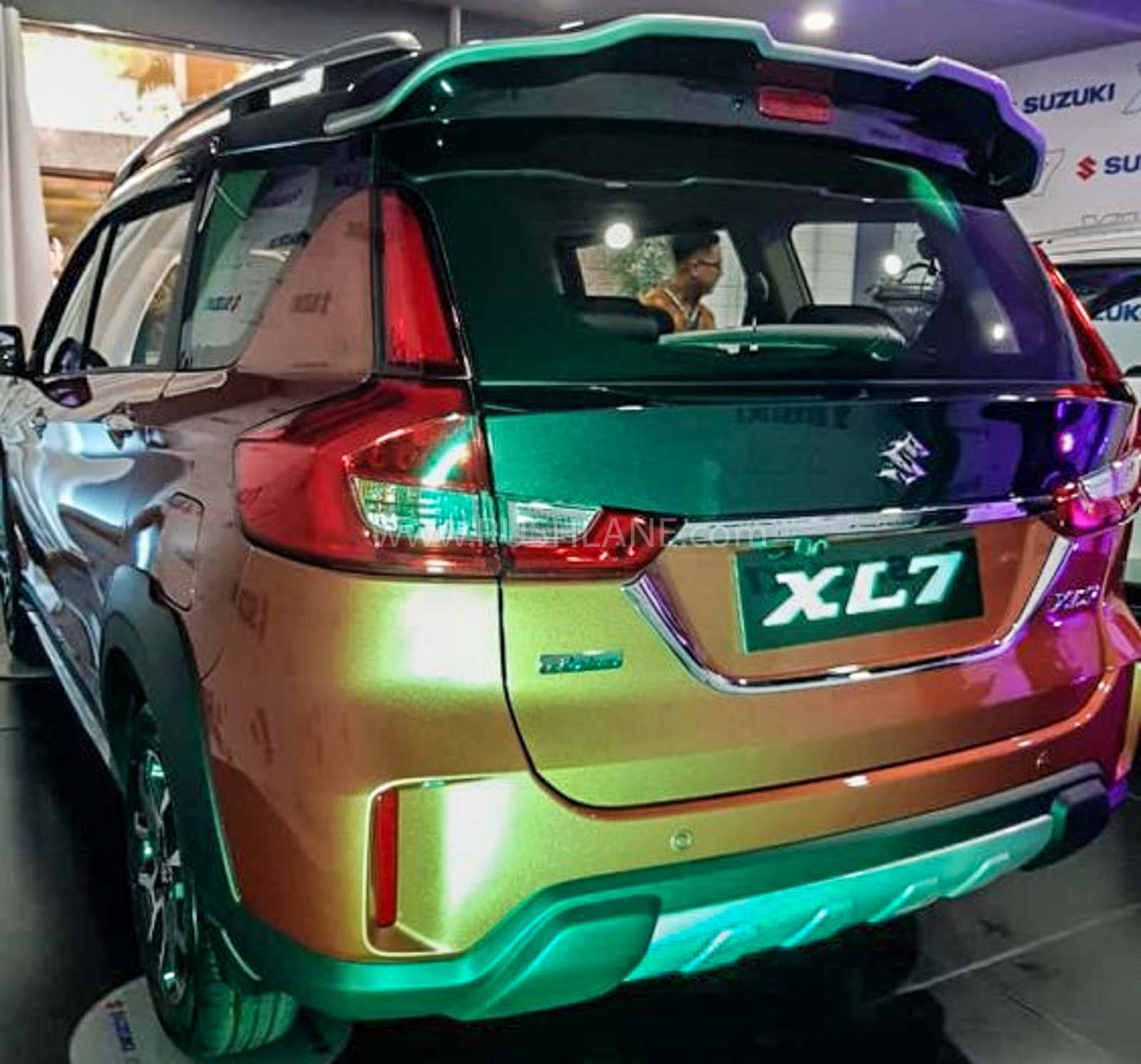 On board features will include LED headlamps along with DRLs and LED combination lamps at the rear. It will also receive roof rails and will ride on 16” alloy wheels in a sporty dual tone finish. The mid spec Beta trim gets LED light guides in the LED rear lamps, chrome door handles and interiors will be seen with a multi function steering wheel and ventilated cup holders along with safety equipment that includes automatic climate controls, passive keyless entry and push button start/stop feature.

Suzuki XL7 Alpha variant will see added features – roof spoiler at the rear and chrome accents on its number plate, door visor and door sills along with a smart e-mirror. Dual front airbags, rear view camera, ISOFIX child mounts and rear parking sensors are also a part of its safety equipment along with ABS, EBD and ESP.

Engine specifications on the Suzuki XL7 will include the same engine as seen on the XL6. This is a BS6 compliant K15B 1.5 liter naturally aspirated petrol engine which makes 103 bhp peak power and 138 Nm peak torque. The engine gets mated to a 5 speed manual and 4 speed torque converter automatic transmission and receives SHVS- Smart Hybrid Vehicle by Suzuki technology.