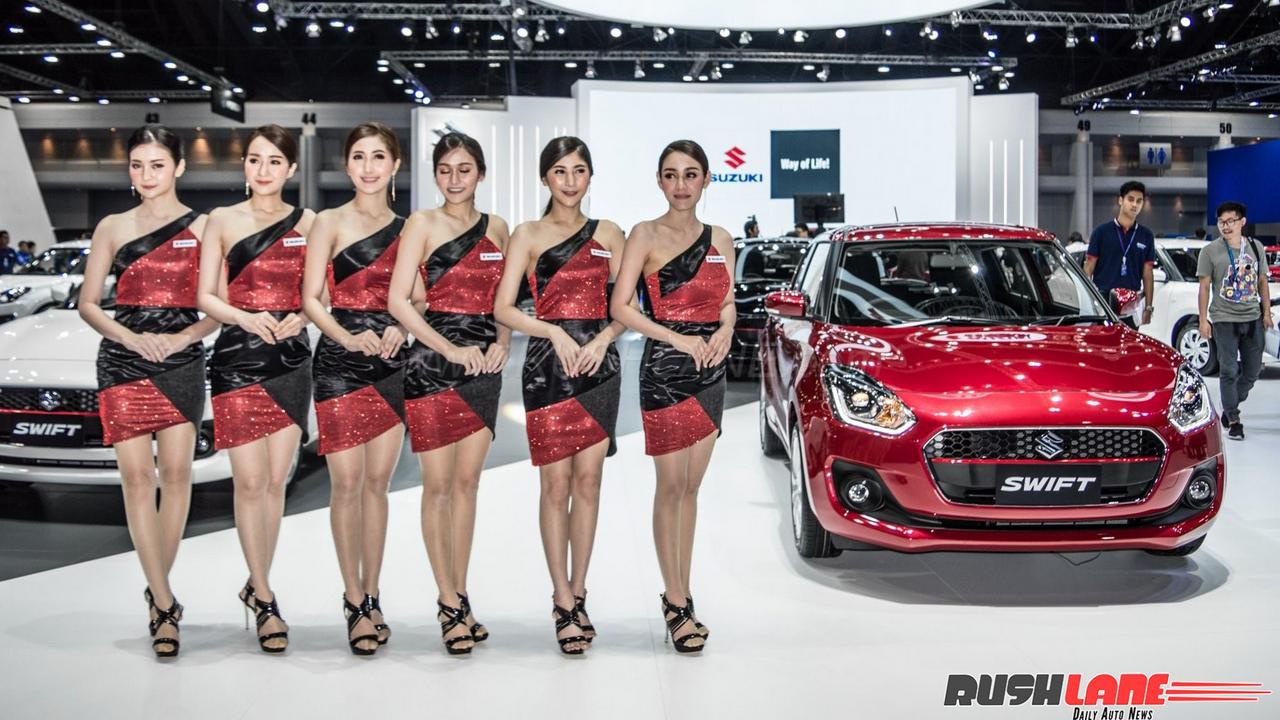 This is not the bigger news. The bigger news is that the company has ended fiscal year 2017-18 on a new record high. During the fiscal ending 31st March 2018, Maruti Suzuki sold 17,79,574 cars in total. Of these, 16,53,500 were sold in India and 1,26,074 were exported. Not only this is their highest ever total fiscal sales, but also highest ever fiscal domestic sales.

Speaking about March 2018, the segment which got Maruti its most sales, is the Compact car segment. In this segment Maruti sells Swift, IGNIS, Celerio, Baleno, Dzire, Tour S.

This segment alone accounted for 68,885 of the total March 2018 sales. Second segment in line is Mini segment which has the Alto and WagonR. This segment saw sales of 37,511 units. Utility vehicles segment, which has Gypsy, Ertiga, S-Cross, Vitara Brezza, also performed well and registered sales of 22,764 units.

Below is the full sales chart for March 2018. 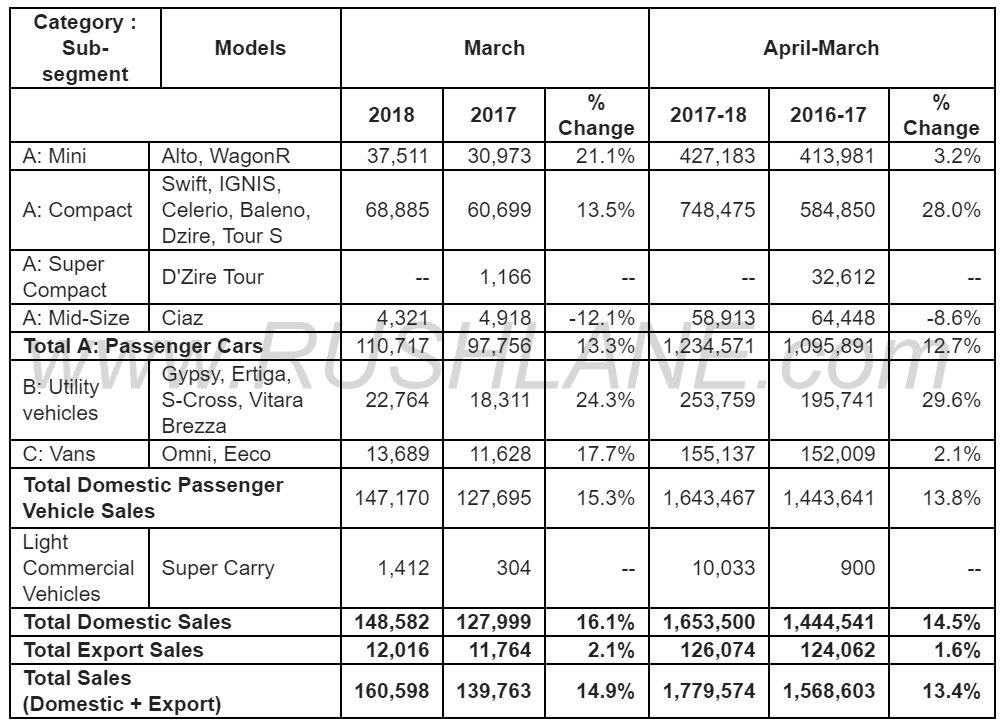 For 2018, the company has already launch the new Swift. Other cars expected to be launched this year are the new Ciaz, new WagonR 7 seater, new Ertiga.