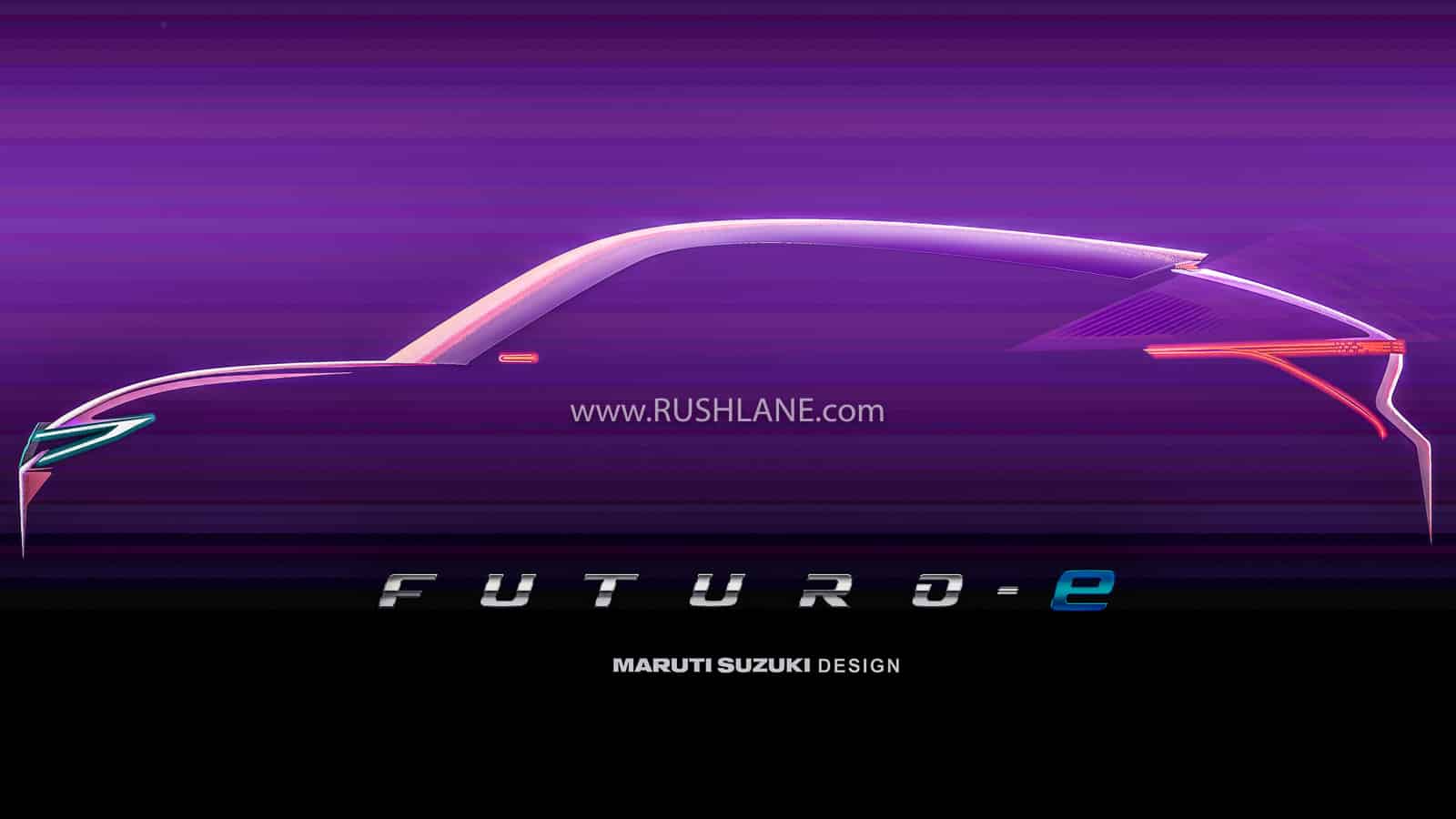 Maruti Suzuki India will showcase an all electric concept car at the 2020 Auto Expo next month, starting on 5th Feb 2020. This has been named as Futuro-E.

Ahead of its debut, Maruti has officially revealed the first teaser of their upcoming electric car, called Futuro-E. From the first images, the car looks like a Baleno hatchback. But Maruti says that this is an SUV Coupe.

“Pegged as an Indian car with global sensibilities, Concept FUTURO-e takes into consideration the evolving desires of country’s aspirational youth. Concept FUTURO-e tastefully draws inspiration from geo-organic structural forms occurring in nature. Its beauty is evident from its simplicity and magnificent detailing.”

He added, “The design of Concept FUTURO-e is a fascinating fusion of a coupé with a SUV. It is a significant departure from the mainstream SUV architecture and is expected to raise the design bar of Utility Vehicles in India.”

Not much details are revealed as of now. But one thing is for certain, this concept is nowhere close to the design of Maruti WagonR electric, which has already been spied on test on Indian roads. Does this mean Maruti has plans to launch two electric cars in quick succession in the coming future?