Maruti Gypsy production to end in March 2019 – Is Jimny SUV its replacement?

Maruti Suzuki dealers in India will be taking the last ever bookings of the Gypsy on 31st Dec 2018. After that, no new bookings will be entertained as the car will be officially taken off the company profile.

Between booking and production, Maruti Gypsy production is to be phased out in March 2019. Having been in business for over three decades, there’s something about Maruti Gypsy that’s easily recognisable. 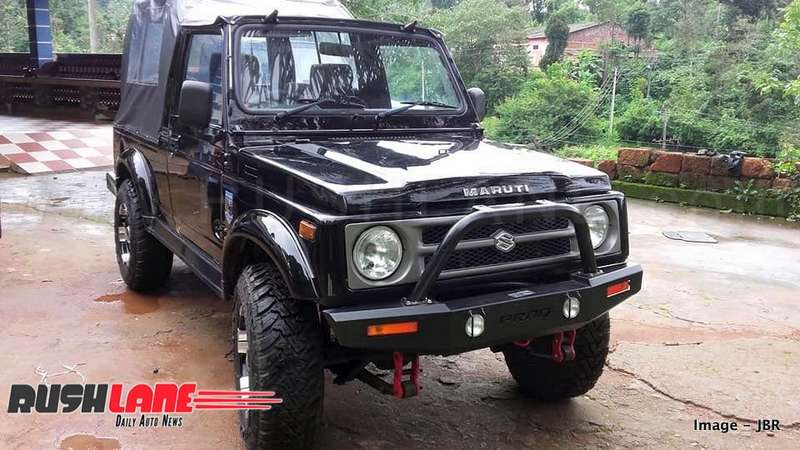 In its current avatar, Gypsy gets power from a 1.3-litre MPFI BS4 engine. While the car meets current emission norms (BSIV), it will not be meeting the future crash test and emission norms, which come into effect from 1st April 2019. The requirement of ABS and airbags as standard fitment is not up for implementation on the Gypsy, which is why it will have to be discontinued, reveals Car and Bike.

The 1.3-litre petrol engine returns max power of 80 bhp, and max torque of 103 Nm. The 4WD is factory fitted with a hard top or canvas as appropriate. The bulk of Gypsy’s sold in India have found fans in the services (govt, military or police). A majority of used Gypsy’s have found their way into the market apart from new purchases for private ownership, which revolves around motorsports or in specific terrains.

Known as Maruti Gypsy in India, the car is known by the name – Jimny in the international market. The Gypsy on sale in India is the 2nd gen Jimny. India never got the 3rd gen, but with the 4th gen Jimny just launched in global markets, it is possible that India could get the new gen Jimny next year. It will be the perfect replacement to the Gypsy. The new Suzuki Jimmy has already been introduced in the international market. It meets new emission norms as well as safety norms.

For those who’ve been in two minds about the Gypsy, this is your last opportunity to get your hands on one. Available at a cost of about Rs 7.5 lakhs (on-road), it’s been a popular choice for off-roading and rallies. The hardy offering isn’t ones regular daily commute car, attest not for a majority of people and would require you to forego regular features one expects from a car. This includes AC, comfort features, and even power steering.