Maruti Gypsy was one of the first 4×4 SUV to be launched in India, more than 30 years ago

Maruti Suzuki Gypsy may no longer be available for sale to the general public, but it can’t be denied that it was one of the most reliable 4×4 vehicles ever produced in the country. With its agile character, easy manoeuvrability and powerful performance, Maruti Gypsy was once the vehicle of choice for police forces, army, and off-road enthusiasts.

With its bare-bones structure, Maruti Gypsy has also been widely used for customization projects. In one such project completed recently, Maruti Suzuki has been transformed into a huge snow vehicle. If you look at the top portion of the image, it just seems like a normal Gypsy riding on the snow. However, the moment you glance downwards, the massive tank tracks make for a jaw-dropping experience.

All four wheels have been equipped with separate tank tracks to ensure improved performance when negotiating heavy snow. Even if one or two tracks get stuck, the other tracks should be able to move the vehicle forward. Each tank track must be measuring around 5-6 feet in length and approximately 3-4 feet in width. Multiply that by four and you have a large surface area to effortlessly support and move the vehicle on snow. 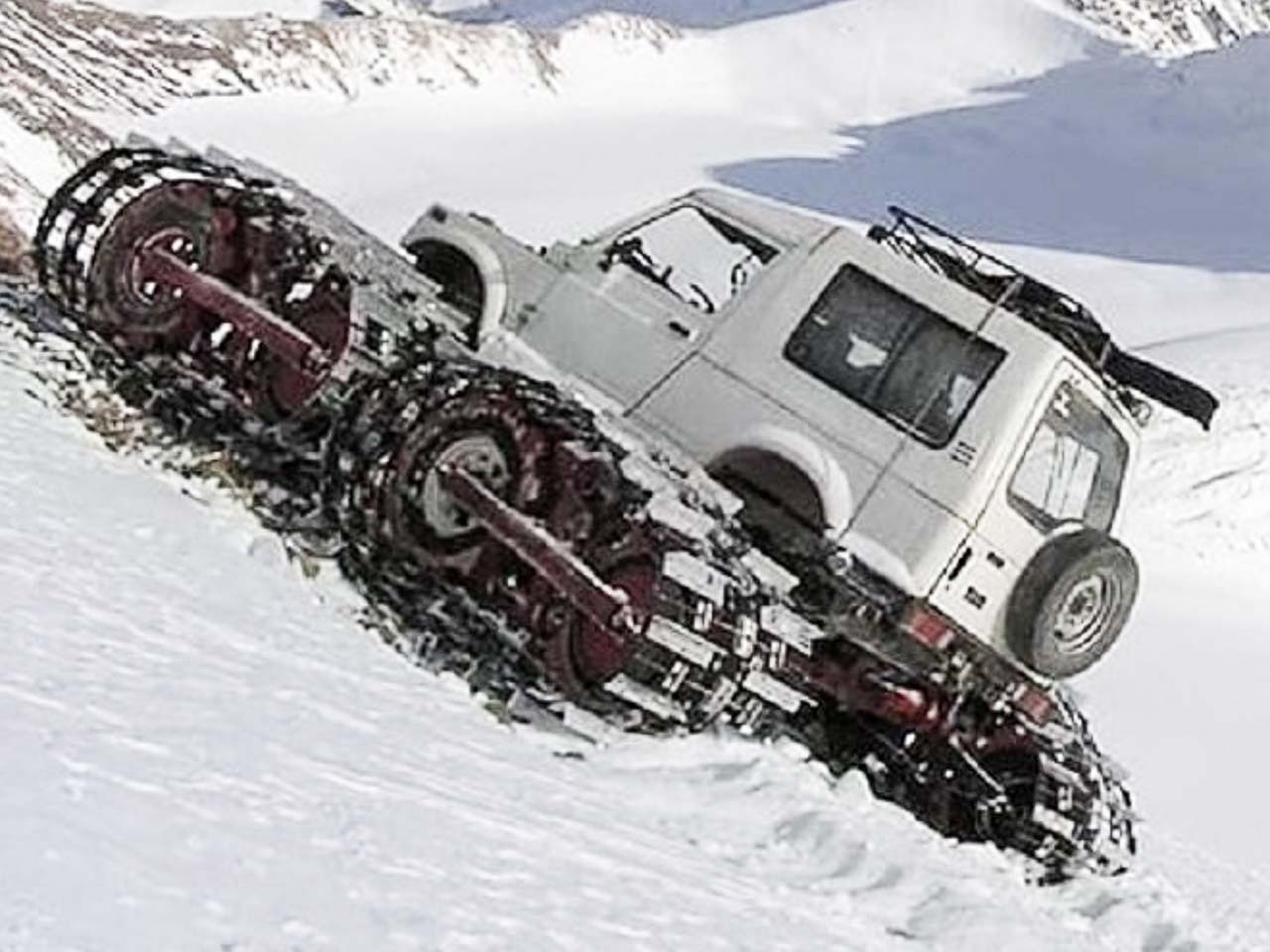 Although the customized Gypsy appears to be primed for use as a super-sized snow vehicle, it is possible that it will also be able to negotiate wet mud and sand. The only constraint for this customized Gypsy could be its slow speed. We don’t know the weight of the tank tracks, but they appear to be super heavy.

Assuming that it’s the latest-gen Gypsy, the heavy tank tracks would be a huge drag on the engine. For reference, BS4 Gypsy in India is powered by a 1.3-litre petrol engine that makes 80 hp of max power and 103 Nm of max torque. Engine is mated to a 5-speed manual transmission.

A 3-door compact off-roader, Maruti Jimny was showcased recently at 2020 Auto Expo. It is expected to be sold via the company’s Arena dealerships. Powering the SUV will be a 1.5-litre petrol engine that makes 104 bhp and 138 Nm. Transmission options will include 5-speed MT and a 4-speed AT. Expected price is in the range of Rs 7-8 lakh.