Maruti Suzuki India Limited, though having noted declined in growth over the past months, has managed to post an increase in market share for November 2018. From 48% in Oct 2018, Maruti’s market share increased to 54% in November 2018. The company had expected double digit growth in sales during the festive season, but that did not happen.

So when Maruti failed to improve their sales growth, their rivals too followed the same suite, some even posting decline in sales. This has helped Maruti to increase their market share at a time when buyer sentiment is at a low.

These decreased sales in Indian auto industry could be attributed to high interest rates, rising insurance costs, escalating exchange rates and an overall negative sentiment among buyers in the country. In November, Maruti Suzuki posted an increase of 5% in domestic sales which stood at 1,43,890 units, commanding a market share of 54%, as compared to 1,35,948 units sold in October 2018 when market share dipped to 48.4%.

However, despite reporting falling sales, the company maintains its stranglehold over the Top 25 cars sold list with eleven of its models ruling the list. It was at this same time that passenger vehicle wholesales dipped by 4% in November when automakers such as Hyundai, Honda and Ford reported negative sales. 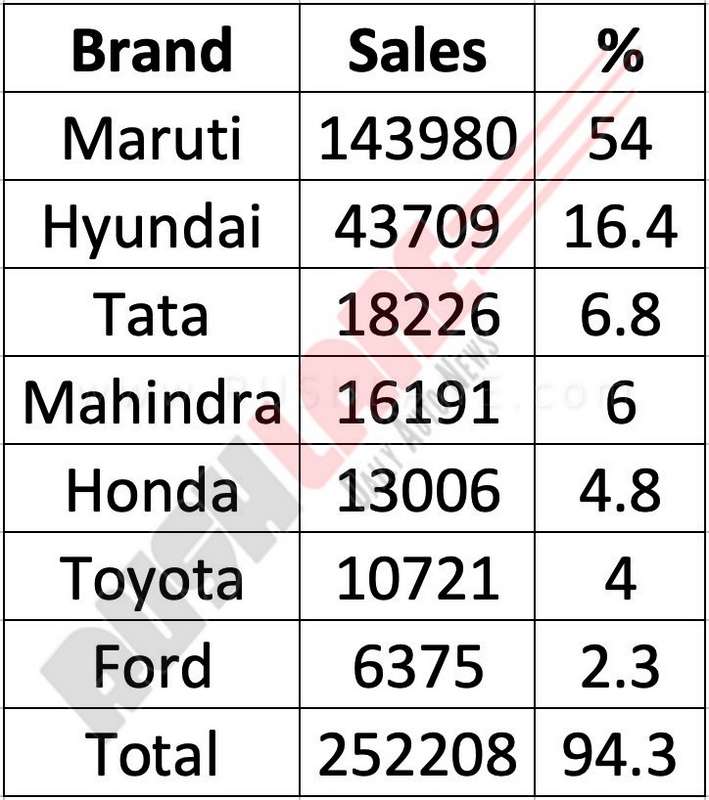 Hyundai sales which stood at 52,001 units in October with market share of 18% dipped further to 43,709 units with market share at 16.4% in November 2018. However, the recently launched Santro hatchback is expected to show better results in the months ahead. Honda, Mahindra Ford and Toyota also posted lower sales and market share while Tata Motors stayed at the 6.8% market share through October and November.