Maruti Suzuki has revealed their 2019 January sales report. As compared to Jan 2018, when the car maker sold 151,351 units, last month they sold a total of 151,721 units, thereby recording a 0.2% growth. This includes domestic sales, as well as exports. These numbers are not actual sales made to customers, but the number of vehicles dispatched by Maruti Suzuki to their dealers. 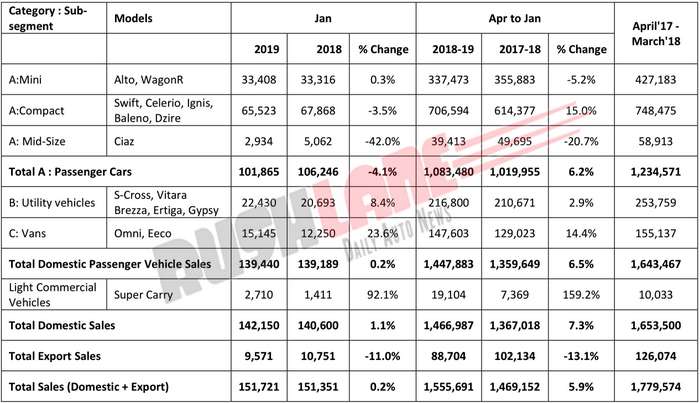 Maruti Suzuki India was hopeful of registering a growth in sales post the launch of new WagonR. But that has not happened. Maruti also launched 2019 Baleno facelift last month. Both these new car launches have failed to show any positive effect on the sales chart for the manufacturer.