Maruti Jimny is easily one of the most awaited vehicles in the country. The compact three-door off-roader garnered a lot of interest when it was showcased for the first time in India at Auto Expo 2020. Maruti Suzuki said that the mini-SUV (the proper kind), in its Euro-spec Sierra avatar, was displayed at the event to “gauge public response”.

The fourth-generation Suzuki Jimny is the virtual successor to the popular India-spec SJ-410 Maruti Gypsy (second-gen Jimny). Now, unconfirmed sources tell us that the much-awaited Suzuki Jimny will finally hit our roads in November 2020; not as a NEXA product as it was initially reported, but as a regular Maruti Suzuki ARENA model. Maruti Suzuki dealership networks have received an official notification on the same. 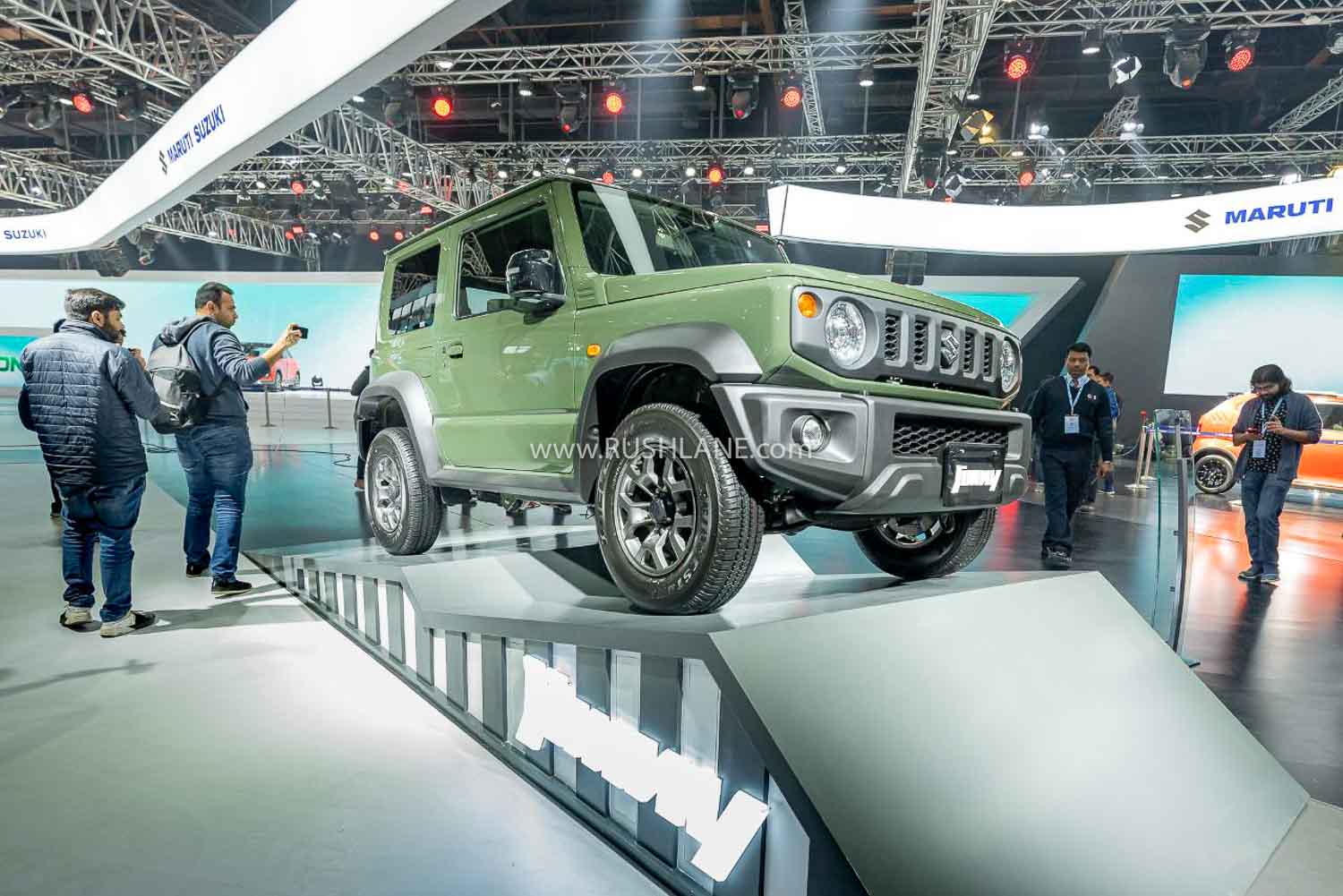 It is widely known that NEXA showrooms are meant to retail Maruti Suzuki’s premium products while ARENA outlets deal with the rest of the line-up. Hence, this raises a critical concern — is the upcoming India-spec Jimny a cut-down chromed-up version of its international avatar we all love? Or even worse, would it be a ‘more practical’ five-door version?

There have been multiple reports over the past few weeks that the Maruti Jimny debut only in an India-exclusive 5-door format. If this is indeed the case, the charm of the mini-SUV would be long gone. The desirability of the Suzuki Jimny lies in its compact, three-door, raised, go-anywhere character which is perfect for the Indian driving scenario.

However, it seems like Maruti Suzuki is still unsure if the Jimny would be a success. Even though it may not be a volume-seller like almost every other product from the Indian brand, enthusiasts are absolutely certain that it will create a revolution on the market. In fact, the ones who are ready to put down a deposit at the very moment Maruti Suzuki announces its launch, know at least five other people who would do the same.

If Maruti Suzuki ‘Indianises’ the Jimny beyond a certain point, it could become a normal front-wheel-drive vehicle with ‘off-road-readiness’ only in terms of cosmetics. In other words, the Suzuki Jimny we all have been waiting for ages would be somewhat of a Vitara Brezza in a disguise. Do keep it in mind that this is a hypothetical situation, but a possibility which cannot be ruled out that easily. On the bright side, we will get a clearer picture in the months to come.

The Suzuki Jimny (in its original avatar) may not be the most sensible choice for a family with a single-car garage, but would be an excellent secondary car. Its compact three-door layout hinders practicality only when it comes to carrying more than two passengers and if that is a matter of concern, there is an ocean of other alternatives on the market.

The Indian automotive market deserves some interesting products in the affordable segment and the market failure of certain examples in the past (mostly a decade or two before) cannot be seen as an excuse. In the minds of Indian automotive enthusiasts, the ‘Maruti Suzuki Jimny’ should be a proper Jimny or it should be called something else.