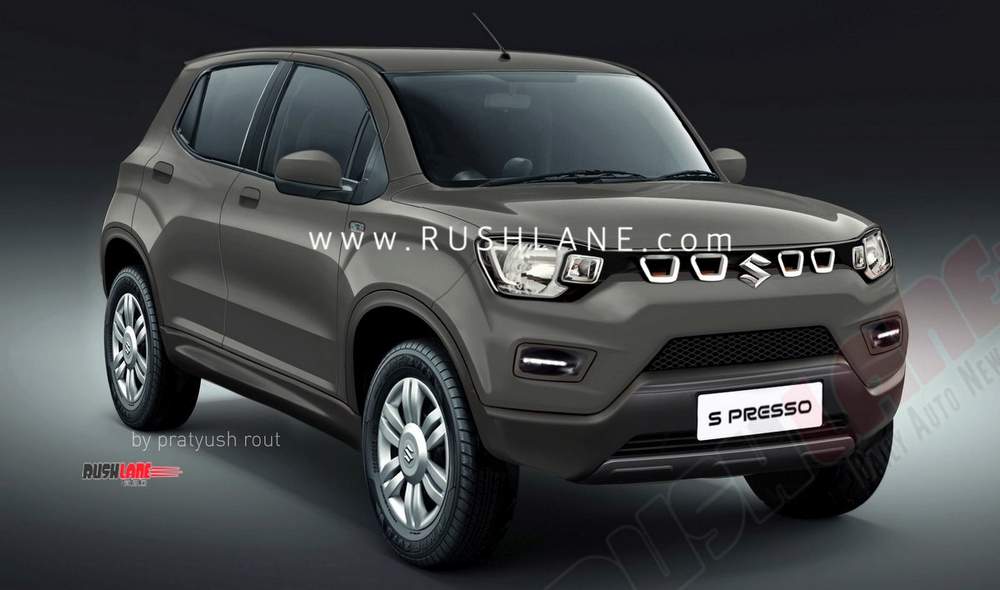 Maruti Suzuki India Limited expects to see some revival in sales over the coming festive season with new launches and favorable government decision to rollback of proposal to raise registration charges of new vehicles. The company recently launched the XL6 MPV and now plans launch of the new S-Presso hatchback on 30th September 2019, just ahead of the festive season in the country.

The Maruti Suzuki S-Presso is a small car, which is styled as an SUV. It was showcased as the Future-S Concept at the 2018 Auto Expo. Launch invites of the Maruti S Presso are out, in which we get to see the first official teaser of the S Presso.

The launch invite has coffee beans, hinting at the name of their new car. It mentions – We are brewing something exciting for you. Maruti Suzuki invites you to the global premiere of its latest offering that is set to redefine the entry level segment. 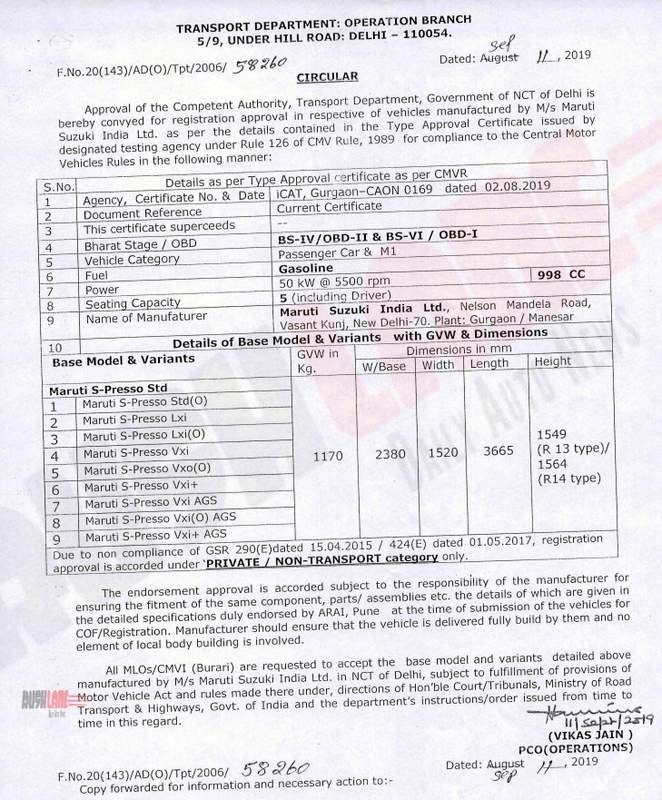 First Maruti Suzuki car to have been completely developed in India, S-Presso gets chunky front and rear bumpers and a large front grille. It also gets angular halogen headlamps, swept back tail lamps and integrated turn signals and brake lights. The S-Presso gets high ground clearance which is slated to be the highest in its segment.

The interiors will see a floating type 7” touchscreen with Android Auto and Apple CarPlay. There will also be Suzuki’s Smart Play system and safety equipment similar to that seen on the WagonR that also complies with the latest Bharat NCAP standards. These will include dual front airbags, ABS+EBD, rear parking sensors, seat belt reminder and speed alert system.

To be offered in 9 variants, Maruti Suzuki S-Presso will be the first to receive the upgraded and BS VI compliant 1.0 liter petrol K10B engine. This engine offers 68 PS power and 90 Nm torque mated to a 5 speed manual transmission and AMT gearbox. These are the same output specs seen on the BS4 engine as well, which shows that there has been no decline in power output due to upgrade to BS6. The S-Presso hatchback could also get a CNG variant at some point in the future.

Maruti S-Presso will go on sale via the company’s Arena dealerships and will be sold alongside the Alto hatchback. It will have a higher pricing as compared to the Alto, but will sit below the WagonR in the company lineup. This places the S-Presso in the Rs.3-5 lakh price range. Once launched, the Maruti Suzuki S-Presso will compete against the Renault Kwid, Datsun RediGO and the Tata Tiago.