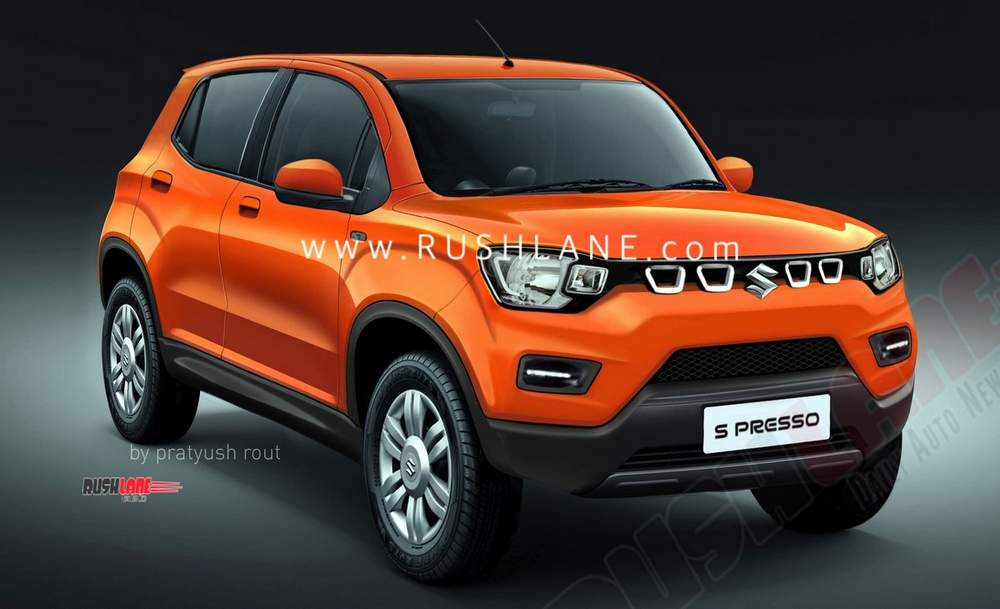 Maruti Suzuki India Limited gears up for the launch of their new car later this month on 30th Sep. It will be one of the smallest car, to be launched by the car maker in recent years. Weighing just 726 kgs, which makes it even lighter than the Maruti Alto 800 (730 kgs), the new Maruti S Presso will meet the upcoming Bharat crash test safety norms.

Considering that the Maruti S Presso is bigger in size as compared to Alto 800, gets a larger 1 liter BS6 petrol engine, while the Alto gets 800 cc BS4 engine – how is the Maruti S Presso lighter in weight. The answer lies in the platform used, on which the mini SUV is built.

Maruti S Presso is built on the same Heartect platform as other new gen Maruti cars like the Swift, Dzire, WagonR, Ignis, etc. This platform has allowed Maruti Suzuki to keep the weight of their cars in check, at the same time delivering a rigid structure. Thanks to the versatile platform, Maruti has developed cars in different sizes and shapes based on this same platform. 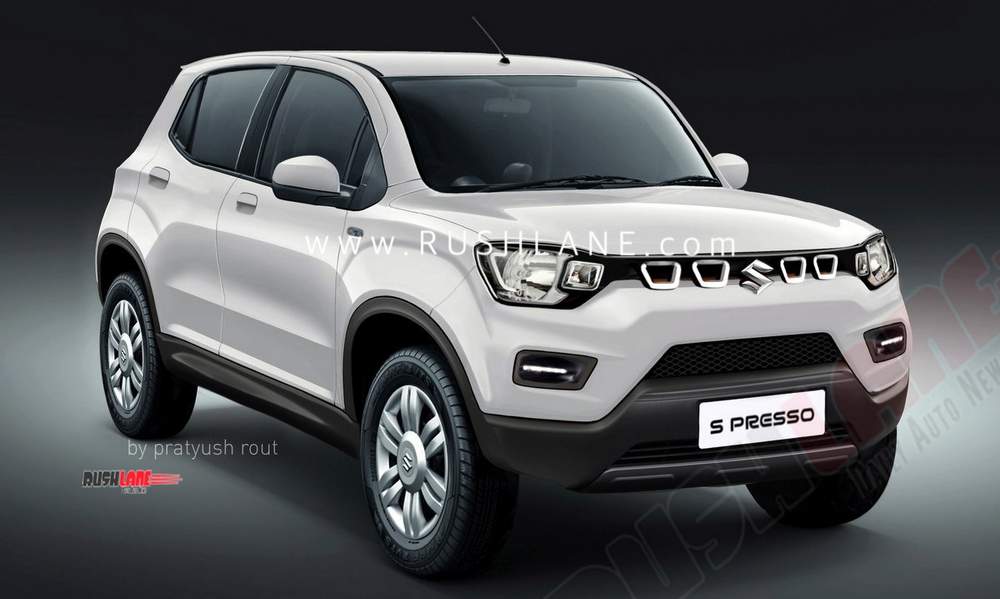 To be offered in variants of STD, LXi, VXi and VXi+, the same variants that the Alto has. The base STD variant gets driver side airbags, rear parking sensors, seat belt reminder system and digital speedometer along with a speed alert system.

The S-Presso LXi gets air conditioning and power steering among its features along with internally adjustable ORVMs while the higher spec VXI gets keyless entry, central locking system, internally adjustable ORVMs, front power windows, body coloured bumpers and wheel covers along with Maruti’s SmartPlay Dock audio system with Bluetooth connectivity. It will also be seen with an antenna and remote tailgate opener.

Top of the line VXi+ will sport features such as steering mounted audio controls, rear parcel tray, body coloured ORVMs, a charging socket, voice recognition and a 7” touchscreen infotainment with Android Auto and Apple CarPlay. Safety features such as ABS, driver side airbags, rear parking sensors and seatbelt reminder along with a digital speedometer and speed alert system will be offered as standard across all variants. There will be no alloy wheels on offer on any of the variants of the S-Presso so as to keep prices at affordable levels.

The engine lineup of the Maruti Suzuki S-Presso also gets detailed. It will be the first to receive the company’s upgraded BS VI compliant 1.0 liter K10B petrol engine which will offer 68 hp power at 6,000 rpm and 90 Nm torque at 3,500 rpm. The engine gets mated to a 5 speed manual gearbox and the option of AMT will be exclusive to the top spec variant. Mileage will be in the region of 22.5 kmpl.

Maruti Suzuki S-Presso will go on sale via company’s Arena outlets. It will compete directly with the Renault Kwid, compared to which it will be shorter in length and width but will gain in height and ground clearance. It will measure 3,565mm in length, 1,520mm in width and 1,564mm in height. Its wheelbase will measure 2,380mm and ground clearance will stand at 180mm. No price details have been revealed but estimates put the new Maruti S-Presso in a price range between Rs 3.5 lakhs.