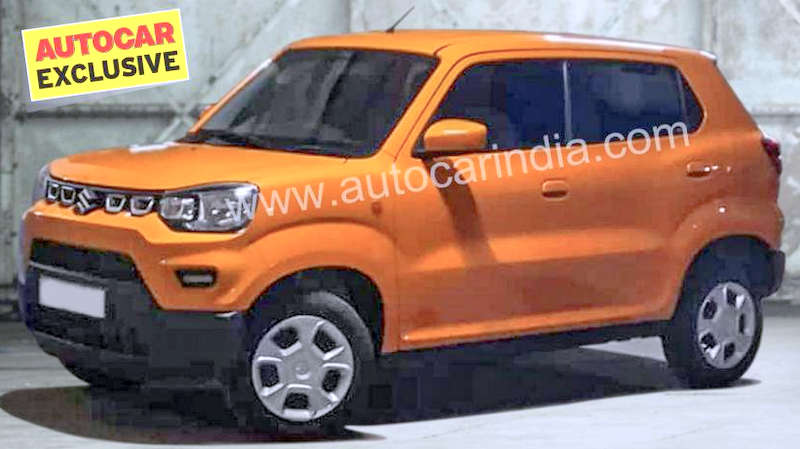 Following the successful launch of the Maruti Suzuki XL6 in India, the next product from Maruti Suzuki to watch out for is the S-Presso. Maruti Suzuki S-Presso will be presented in the entry level hatchback segment to take on the Tata Tiago and Renault Kwid. It will even compete with sibling, the new WagonR.

The S-Presso hatchback was shown at 2018 Auto Expo as the Maruti Concept Future –S. It will be sold via Arena dealerships and will be positioned around the WagonR with attractive features so as to draw the attention of a younger segment of buyers in the country. The S-Presso will also be sold alongside the Maruti Suzuki Alto K10, but could be higher in terms of pricing.

Details of the new S-Presso have surfaced online. It will initially be sold with a petrol engine with a CNG variant to be introduced later. Offered with four trim levels, the S-Presso will be powered by a BS VI compliant K10B 1.0 liter, naturally aspirated, 3 cylinder petrol engine offering 67.98 PS peak power at 5,500 rpm and 90 Nm torque at 3,500 rpm. Transmission options will include a 5 speed manual and a 5 speed AMT which will be seen only on the top end variants.

Leaked specs of the new 2019 Maruti S Presso small SUV confirms that it will be small in size, where it is compared with the WagonR or the Renault Kwid. It is 3565 mm in length, 1520 mm in width, 1564 mm in height. Wheelbase is at 2380 mm, while ground clearance is 170 mm. It has a fuel tank of just 27 liters, which implies that this car has been built for city use.

Leaked photo reveals a tall boy design. The car is based on the Heartect platform, which is also the same platform used by cars like Swift, Dzire, Baleno, WagonR, etc. It will get flared wheel arches and bulky looking front and rear bumpers. It will sit on 14” wheels and get full body plastic cladding and LED tail lamps.

The interior design will feature a center mounted console. Speedometer, driver info display, tachometer, etc are placed in the center of the dashboard, in a circular housing – seems to be inspired by the BMW Mini. The Future-S concept of Maruti also had this similar design. It will get touchscreen infotainment system with Apple CarPlay and Android Auto.

As a part of the mandatory safety requirement, the Maruti Suzuki S-Presso will come in with front airbags, ABS, EBD, rear parking sensors, speed warning system and seat belt reminder. Maruti Suzuki is expected to open bookings sometime soon even as official price has not been announced.