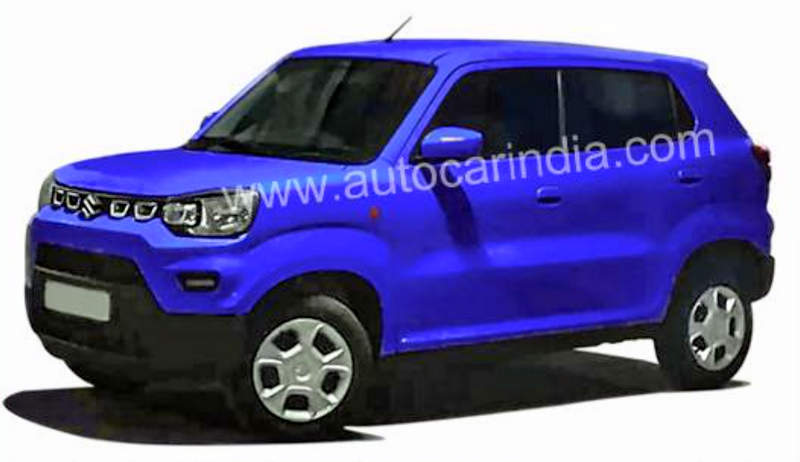 Maruti Suzuki India Limited gears up for a festive launch of the new S-Presso micro SUV. Expected to be priced from Rs.3.50 lakhs onwards, it will be offered in four variant of STD, LXi, VXi and VXi+.

To be launched on 30th September 2019, the new Maruti S Presso small SUV will become the lightest Maruti car on sale today. It will weigh just 726 kgs – making it even lighter than the Maruti Alto 800, which weighs 730 kgs. S Presso is powered by 1 liter engine, is bigger in size; but is still lighter than Alto 800, which is powered by 800cc engine.

The S-Presso is based on the Future S Concept which made its debut at the 2018 Auto Expo and is engineered and developed in-house by Maruti Suzuki at Rohtak R&D facility in Haryana. Positioned alongside Alto K10 but below the Celerio, the new S-Presso is seen as a direct competitor to the Renault Kwid, which weighs even lower at 699 kgs.

Variant wise features have been detailed with all trims receiving standard features such as ABS, driver side airbags, rear parking sensors, seat belt reminders, speed alert system and a digital speedometer. The STD variant gets the basic features while the LXi variant gets air conditioning and power steering.

The top of the line VXi+ variant gets all the features seen on the lower trims along with a 7” touchscreen sporting Android Auto and Apple CarPlay, steering mounted controls, a digital speedometer, rear parking sensors, charging socket and safety features which also include a front passenger airbag as standard. No alloy wheels or rear parking camera will be seen on any of the variants of the Maruti Suzuki S-Presso as the company wants to keep prices at affordable levels

Engine specifications on the Maruti Suzuki S-Presso includes a BS VI compliant 1.0 liter K10B petrol engine which will delivery 68 PS power at 6,000 rpm and 90 Nm torque at 3,500 rpm mated to a 5 speed manual. The option of a 5 speed AMT will be exclusive to the top spec variant. Fuel efficiency is rated at 23.95 kmpl which is marginally lower as compared to the fuel efficiency offered on the same engine’s BS4 variant.