In yet another month that wasn’t expected to report sales turnaround, Maruti Suzuki has posted 36.1 percent domestic sales decline. In the face of weak demand, MSIL reports 93,173 units sold in the domestic market. This is considerably lower than the 1,45,895 units MSIL sold in August 2018.

With the exception of its utility vehicle (UV) segment, MSIL has posted sales decline in every segment it operates in. While the market hasn’t been responding favourably for months, MSIL hasn’t let current weak sentiments affect its forward plan and has recently launched its XL6 UV based on Ertiga. 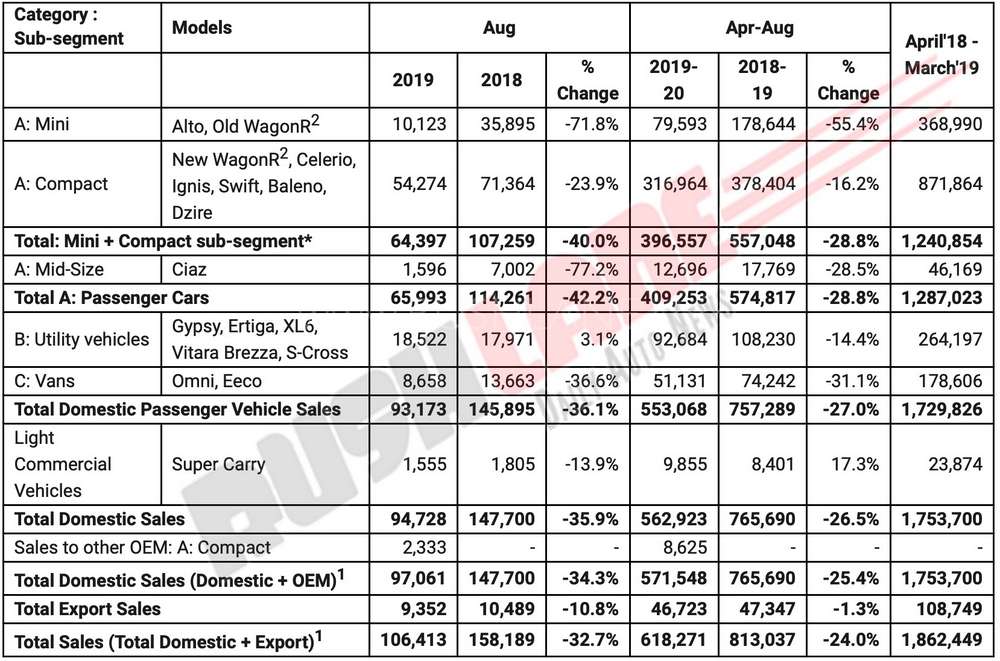 In terms of volumes. MSIL’s entry-level/mini segment has suffered the most. Sales drop has been significant at 10,123 units of Alto and old WagonR sold. Sales decline is a whopping 71.8 percent, down from 35,895 units.

Compact segment sales have been shaved off by almost a fourth. New WagonR, Celerio, Ignis, Swift, Baleno and Dzire collectively report sales of 54,274 units. That’s 23.9 percent down from 71,234 units sold a year earlier.