In the vans segment, Maruti registered sales of 7,634 units. This is a decline of 51.8%. Maruti used to offer Omni and Eeco in this segment. But now, only Eeco is on offer as Omni has been discontinued from sales. 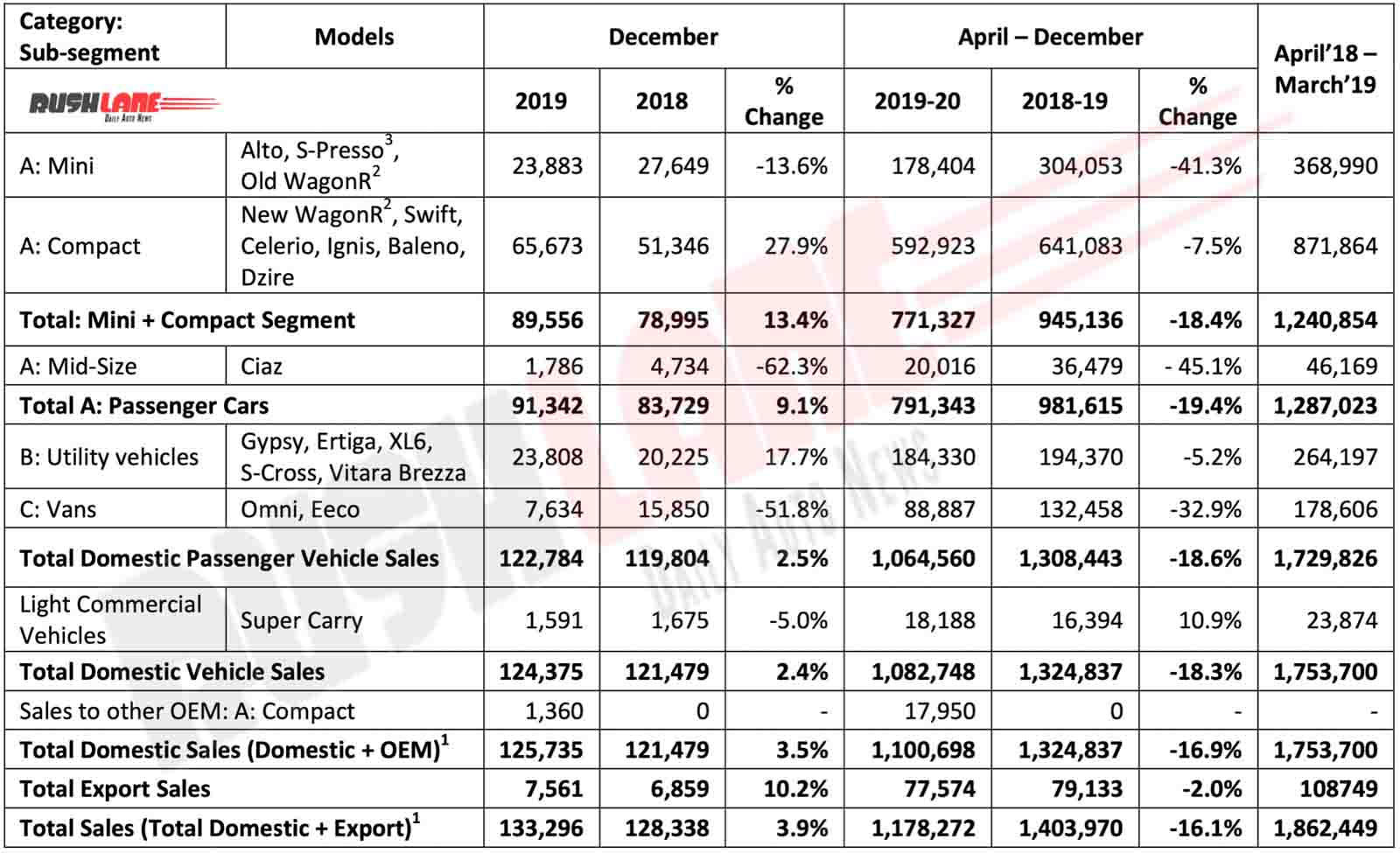 Maruti Suzuki hasn’t been having a great year but has managed to end the CY in a somewhat positive note. December 2019 domestic sales growth is reported ta 2.5 percent. This despite the brand having already introduced BSVI models.

MSIL also introduced S-Presso recently. While initial reception has been good as per company standard, it’s left to be seen if it effects the sales of other cars in the segment by the company. As of December 2019, segment sales declined considerably despite S-Presso sales, which has been positive through the first few months of business.

In the coming months, Maruti Suzuki India will be phasing out diesel engine powered cars, as they will not be updated to BS6 norms. The diesel cars which will be discontinued include Brezza, Swift, Dzire, Ciaz, Ertiga, etc. At the 2020 Auto Expo, Maruti is expected to showcase new electric mini SUV, and a mid-sized SUV to rival Hyundai Creta, Kia Seltos. Later in 2020, launch of Maruti WagonR electric is also expected.