Maruti Suzuki India has revealed their sales report for the month of March 2019, when the company registered sales of 147,613 units in the domestic market and exported 10,463 units. Compared to sales and exports in March 2018, domestic sales have declined by 0.7%, while exports have declined by 12.9%. 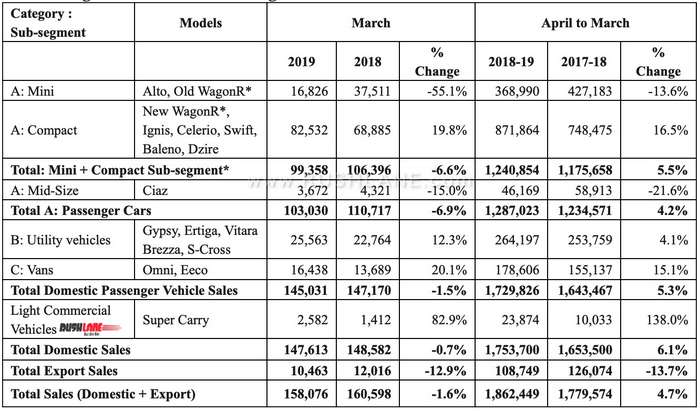 Next up, Maruti plans to launch the new generation Alto. It has already been spotted on test. Launch is scheduled for October 2019. It will replace the current Alto 800 and the Alto K10 from the market.