The first of the company’s commercial vehicles to be comply with BS6 emission standards, the Maruti Super Carry is powered by a 4 cylinder S-CNG BS6 dual fuel engine that offers 48 kW power at 6,000 rpm and 85 Nm torque at 3,000 rpm allowing for better pick up facilities. Being the only LCV in the country with dual fuel S-CNG and a  petrol tank is another attractive feature.The fuel tank capacity is 30 litres while the top speed is 80 kmph.

Where its onboard features are concerned, the Super Carry comes in with a wide range of both comfort and safety features. It receives a large loading deck making it commercially viable for extra loading and safety equipment among which are features such as reverse parking sensor, seat belt reminder and a lockable glove box. 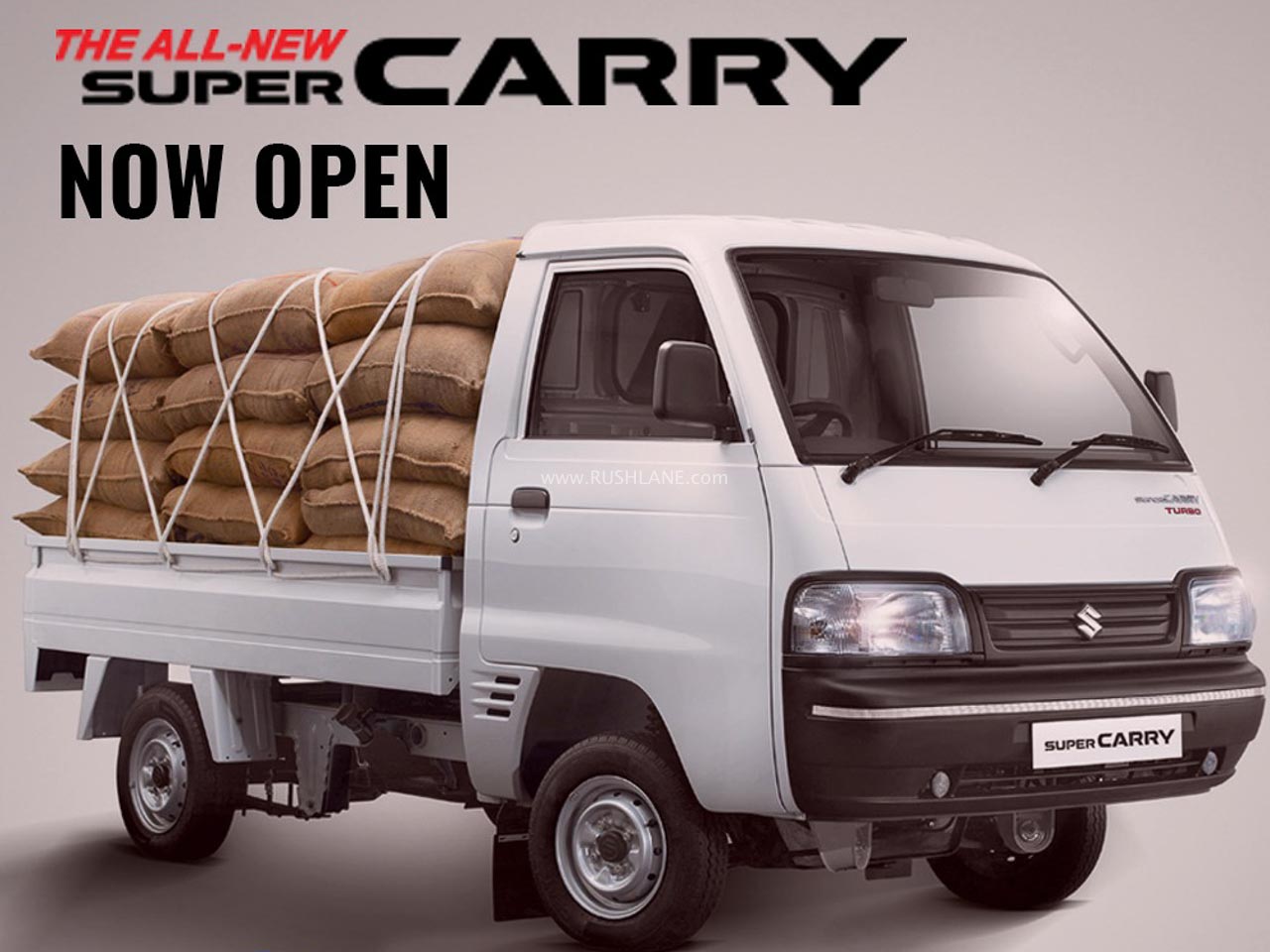 Maruti Super Carry has been a much favored product for the company with sales to the extent of 56,000 units sold via the company’s 320 commercial channel networks. The company entered the CNG segment in 2010 and offers a wide range of such green vehicles that include CNG and Smart Hybrid vehicles. Sales to date have exceeded the 1 million unit mark and Maruti Suzuki expects to see even more success in the years ahead.

The S-CNG vehicles are fitted with dual interdependent ECUs (Electronic Control Units) along with Intelligent Injection System. Each of the vehicles are factory fitted and are especially tuned and calibrated allowing for optimum performance and enhanced drivability even across challenging terrain conditions.

Super Carry is preferred by many commercial businesses for its best in segment power, outstanding in-cabin comfort and versatile deck that can be adjusted according to the load. The bi-fuel S-CNG variant contributed around 8 percent to Super Carry sales and its competitive pricing has also been a big draw among buyers in this segment.

Its launch in India is also in keeping with the Government of India policy to see reduced oil imports and pay more attention to use of natural gas with a target to increase from a current 6.2 percent to 15 percent by 2030. It is a part of the Government of India endeavour to increase CNG fuel pump networks across the country which can already be seen with growth of 56 percent increase in around 477 new CNG stations added in the past year.

The Government is working to rapidly increase CNG fuel pumps network in the country. There has been a phenomenal growth of 56% in new CNG station additions in last year. Despite COVID 19, a total of 477 stations were added last year, against the previous 5 year average of 156 stations Maruti Suzuki S-CNG.