Maruti Suzuki S-Cross petrol will be launched on 5th August. It is open for bookings and can be booked at NEXA’s official website or via the 370 NEXA dealerships across the country. Booking amount is Rs 11,000. Ahead of launch, first units of the S-Cross petrol have started arriving at dealership yards (images credit – Vishnu Dass).

Maruti Suzuki S-Cross was initially launched in 2015 when it was offered exclusively with a diesel engine. It did manage some good sales in its initial years but then faced much competition from other stalwarts in the segment. This resulted in decline of sales.

Maruti Suzuki S-Cross occupies a special place in the NEXA portfolio. It is its flagship model and has managed to sell over 1.25 lakh units in India till date. With the launch of petrol S-Cross, Maruti will be hoping to increase their sales in this segment.

As Maruti Suzuki now enters a petrol only era, the BS6 compliant S-Cross will receive only a petrol engine lineup. This 1.5 liter K Series petrol engine, with next-generation Smart Hybrid technology, is the same unit which powers the Ciaz, Ertiga, XL6 and Brezza. This engine will make 105 hp power and 138 Nm torque.

Another first for the S-Cross in India is the option of an automatic transmission; specifically a 4 speed torque converter along with a standard 5 speed manual. The older S-Cross only received a diesel engine option. At the time of launch it was powered by a Fiat sourced 1.6 liter engine and 1.3 liter powertrain. Due to low sales, 1.6L option was discontinued. As of now, Maruti has no plans to offer diesel S-Cross.

The new Maruti Suzuki S-Cross to be launched in four variants of Sigma, Delta, Zeta and Alpha gets some design updates. It will sport a more upright stance and get updated interiors with state of the art infotainment features so as to compete better among its rivals. 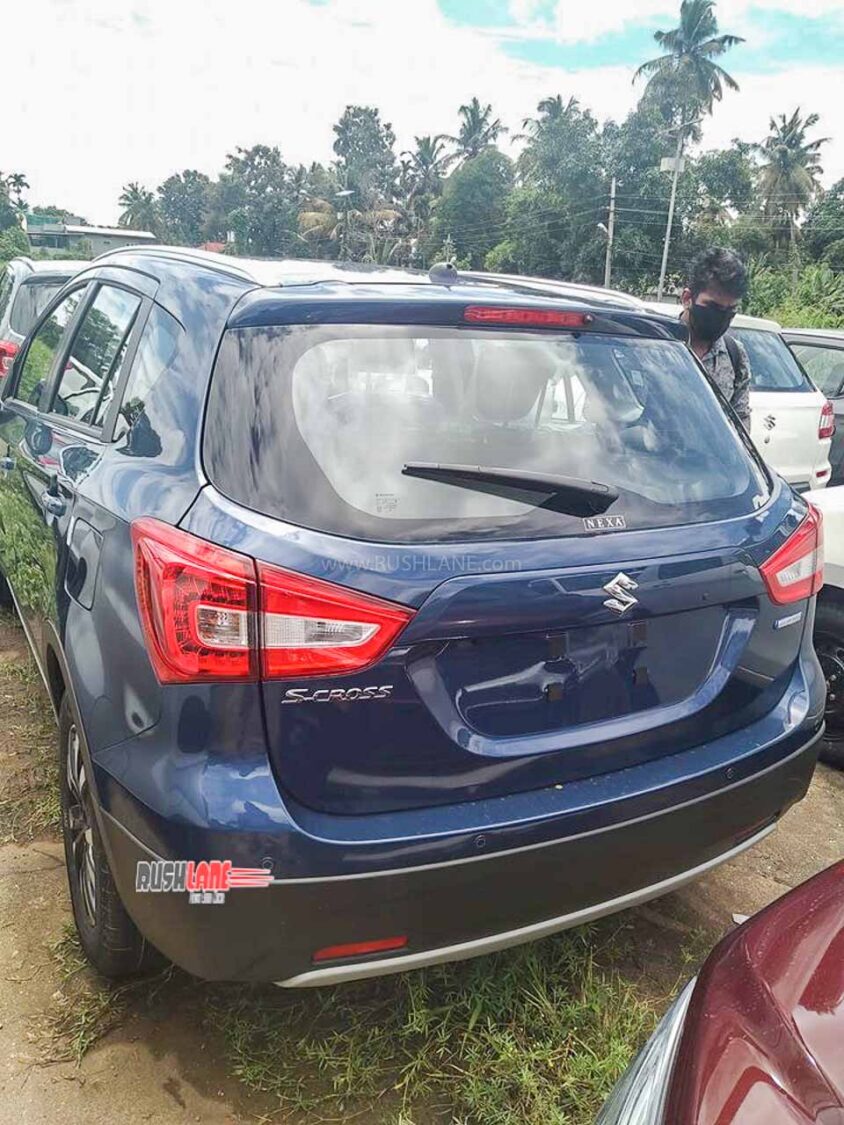 The most prominent update is a new 7 inch touchscreen infotainment system while other features remain the same with cruise control, keyless entry, push button start and climate control. Having been tested at the Maruti Suzuki Rohtak R&D facility, the new S-Cross complies with new safety norms that include frontal offset crash, side impact and pedestrian safety.

These engine upgrades and feature updates could see the new S-Cross petrol priced from around Rs.8.5 lakhs to Rs 12 lakhs. It will enter a segment where it will compete with the Kia Seltos, Renault Duster and Hyundai Creta. Though the new S-Cross is no where close on features with the bestsellers in segment (Creta + Seltos), where it will have USP is low price and higher mileage.