Maruti Suzuki India Limited is the country’s largest automaker, claiming a market share of about 50% in the passenger car industry. There are many cars from Maruti which feature in the list of best selling cars in the country. These are the likes of Alto, WagonR, Swift, Dzire, Baleno, Ertiga, Brezza, etc.

Each of these Maruti cars have some or the other sales record to their name. Not only that, some Maruti cars even hold record of being in the market for multiple years. One such car from them is the Swift, which recently completed 15 years.

Having been launched on 25th May 2005, Maruti Swift has had over 22 lakh buyers in the country since; some even buying the car again and again, as newer generations / facelifts of Swift were launched regularly. 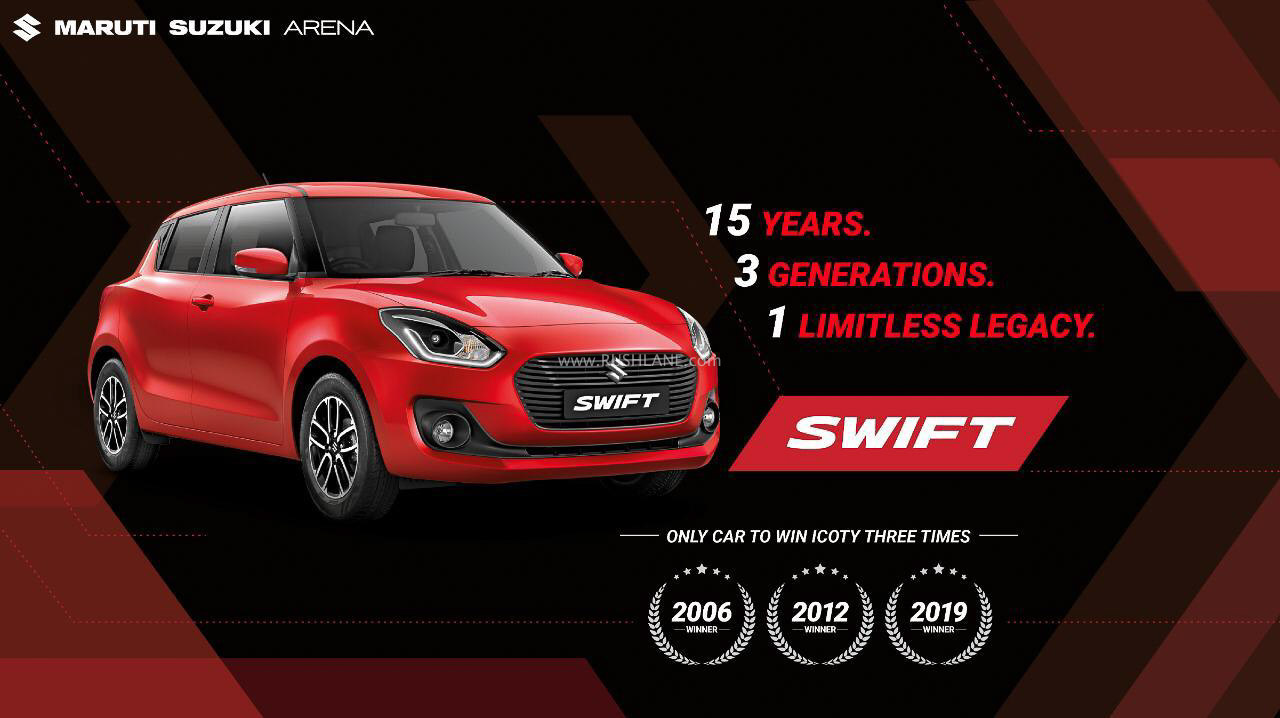 Maruti Swift has also been the most awarded hatchback in India. It has received the prestigious ICOTY award three times – 2006, 2012 and 2019. This makes Swift the only car in India to win ICOTY three times. Not only has the Maruti Swift been the most awarded car in India but has also received global recognition and has received the Good Design Award 2017 from the Japan Institute of Design Promotion and was amongst the three finalists at the “World Urban Car Of The Year 2018”.

This market leader in its segment for the past 14 years, the Maruti Swift, which finds favor more among the younger segment of buyers in the country, commands a 30 percent market share. Over the years, the features have been changed in accordance to customer demands. It has been known for being value for money, having sporty exterior styling and spacious, well appointed interiors. New Maruti Swift is also offered with i-Create, allowing the buyer to customize the Swift in their own particular style.

Mr. Shashank Srivastava, Executive Director (Marketing & Sales), Maruti Suzuki India Limited, said, “Brand Swift was the first model that challenged many notions around hatchbacks. More than a car, it was a refreshing new thought process. It was designed to be bold and aggressive, and at the same time be reliable and economical.

It had features offered in a large car, contemporary, yet functional appealing to a younger audience. With a European touch and feel, the hatchback also embodies the sturdiness to handle Indian road conditions. It questioned the inevitability of compromise. In many ways, it was the “coming of age” of the Indian customers.”