Maruti Swift driver crashes on purpose into a wall to claim insurance? (Video)

Why would anyone in their rightful mind go ahead and drive their car into a wall of bricks? Or is it the other way round? A rightful mind, with the intention to get new parts for his / her car, can actually do that.

A video shared by Youtube channel ‘Auto Vlogs’, shows a Maruti Swift driver driving through an empty stretch of newly constructed road, and then aiming the car for a wall of bricks on the side of the road. The result, well you can see it for yourself in the video below.

From the video, it seems that the damage being done to the car is intentional. There are atleast two people in the car, you can hear them talking in the background. Their talk is intentionally hidden behind the loud music.

They don’t sound drunk, neither do they seem like someone who is learning to drive a car. The person sitting on the passenger seat, and holding the camera is heard telling the driver ‘where you want to crash’. 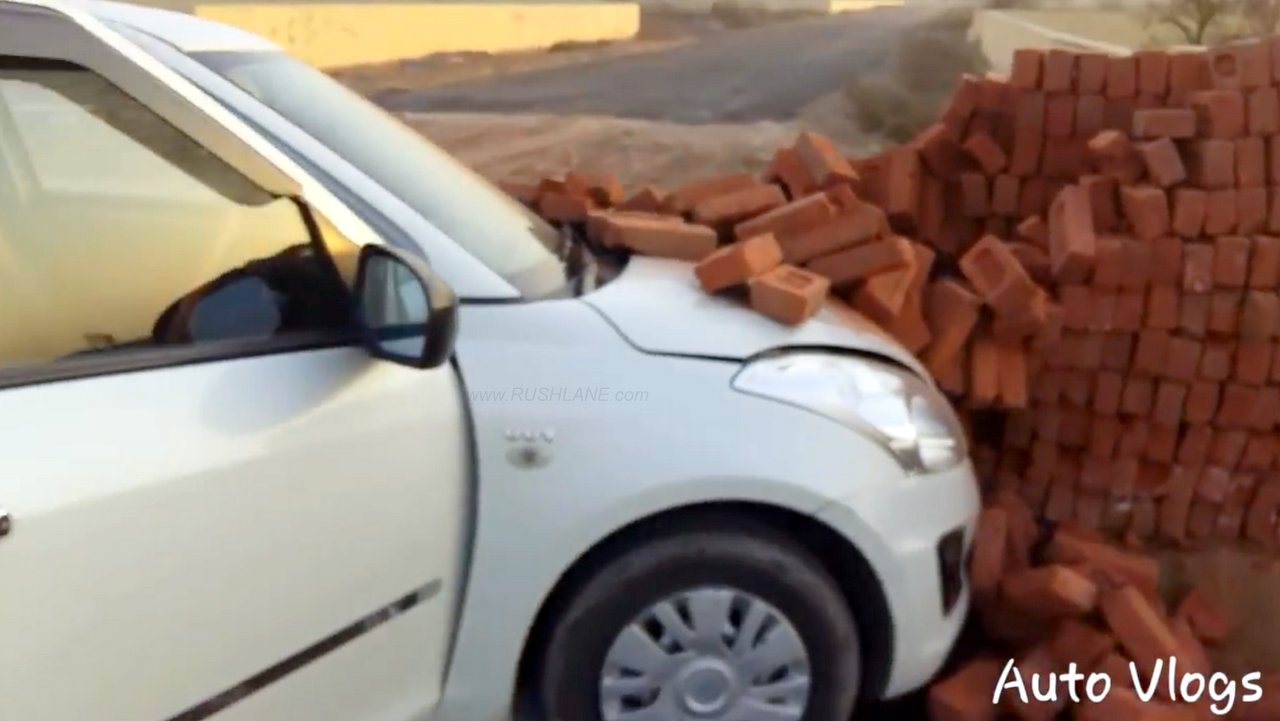 Soon afterwards, the driver of the car crashes the car. The number plate of Maruti Swift is hidden by the uploader of the video so there is no way we can find who the owner is.

All in all, this seems to be a ploy to get the car fixed / new parts installed for free under insurance. Even before the crash, you can see that the windshield of the car is damaged. Maybe that was not enough, to claim insurance. The driver of the car, who seems to be the owner as well, is seen smiling later, and hiding from the camera.

There are many dealers who advice customers to crash their vehicles on purpose so as to fit the insurance claim criteria and benefit the most. But in doing all this, you are risking your life too. Think well before doing such stunts on public roads.