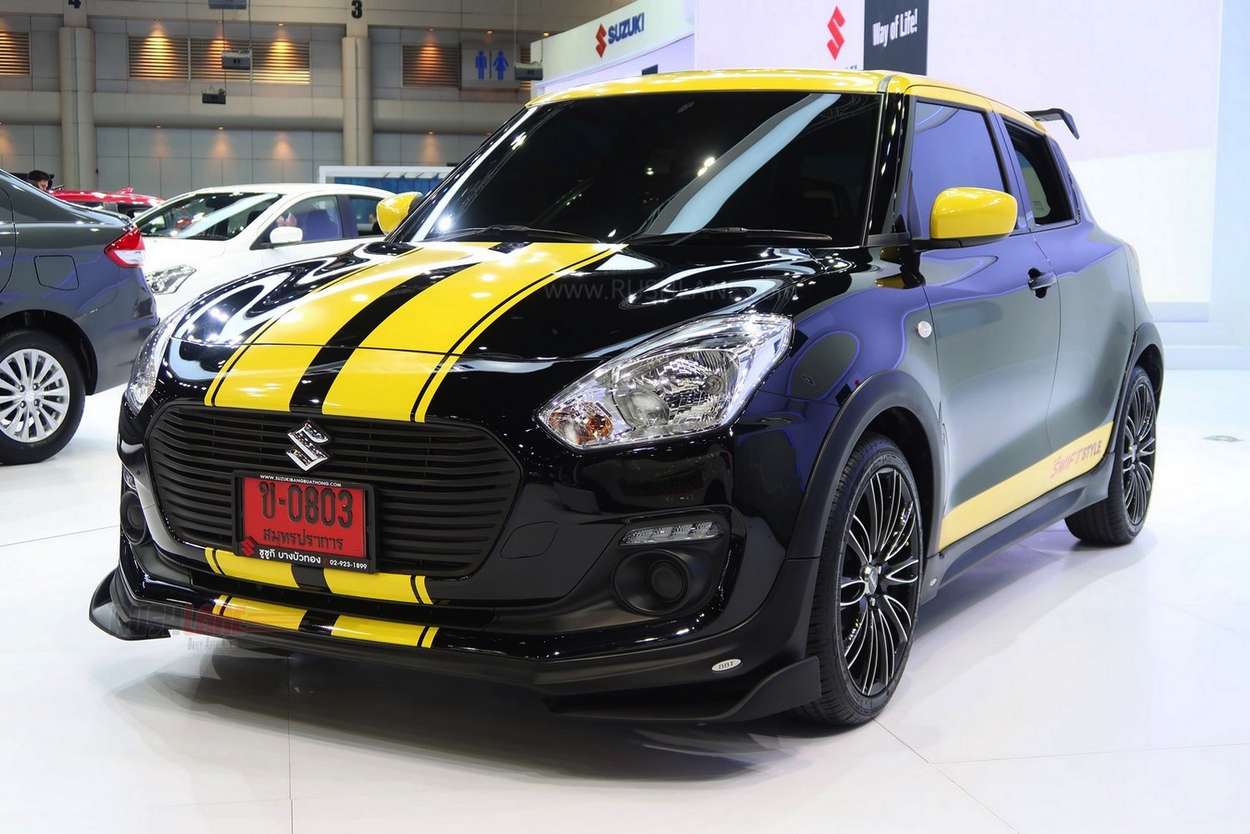 Suzuki, one of the main players in the Asian automotive market, has set up quite an exhibition at the venue, with multiple products and projects on display. The factory-custom Swift line-up occupies just a part of the main showcase. The Swift showcased here, is similar to the Maruti Swift on sale in India – giving Swift owners / fans ideas about new mod-jobs.

The customisations extent from just skirts or wheel upgrades, to full-on body kits and paint jobs. Most of these modifications follow a form-over-function approach and we doubt it will be as fast or dynamic as they feel upon first glance. Images are credit to Suzuki Thailand.

However, there are some examples with questionable showiness. For instance, a rally-spec Swift with white wheels, sport-specific hatch wing and what seem to be functional dual exhausts; has attracted the eyes of proper car enthusiasts. 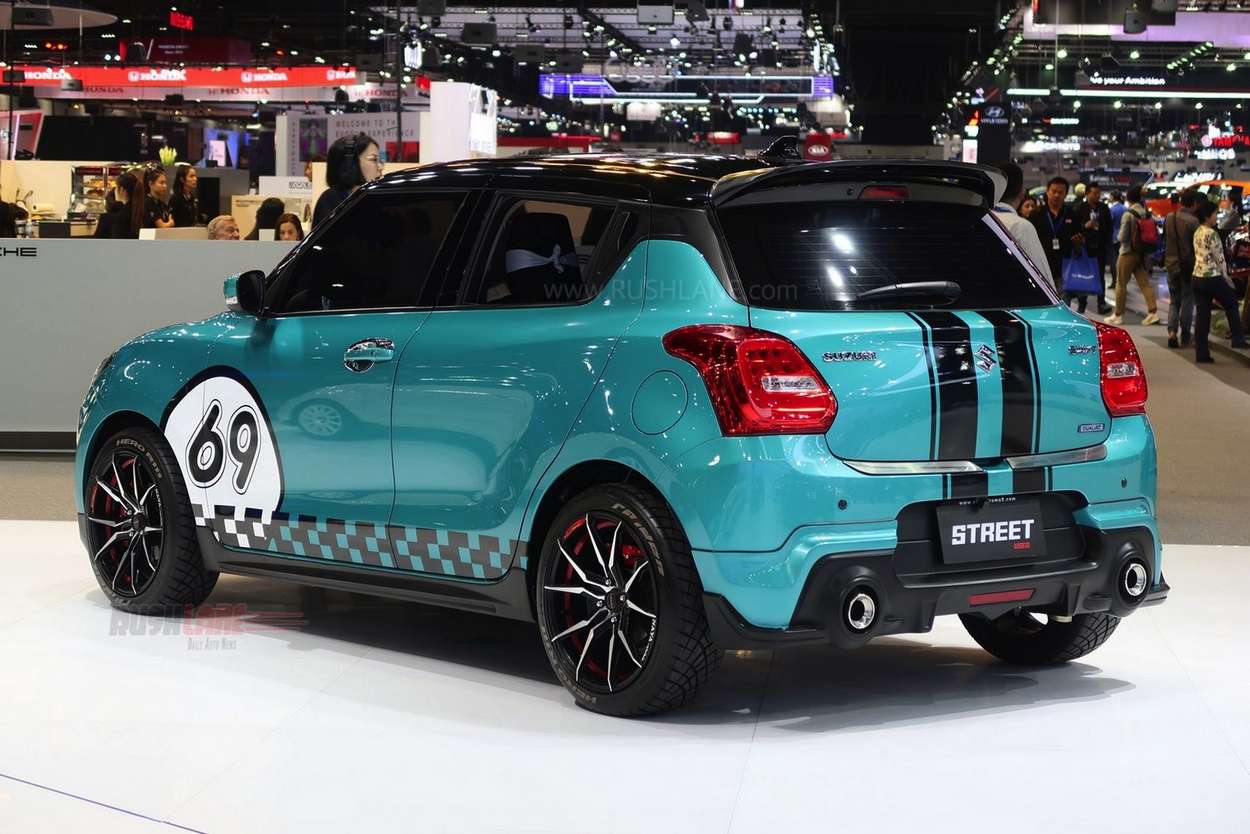 Then there’s the Swift Extreme concept — a factory design that has tried to achieve some form of aesthetic appeal, but went slightly off in some areas. The wheels are nice and fit perfectly into the extended fenders/arches. The front bumper is quite ‘Asian-sporty’, even though the rear bumper looks a bit cheap. The car’s paint finish seems to be derived from the Hyundai i30 N’s Performance Blue shade and accompanies subtle red accents.

Some examples are quite tasteless in the small world of genuine ‘car people’ and wear the disreputable ‘Sportsmind’ sticker on the bonnet. A few cars have all the sporty bits on the outside (including a prominent spoiler) and some extra gauges on the inside that scream “performance!”. However, they are automatics. 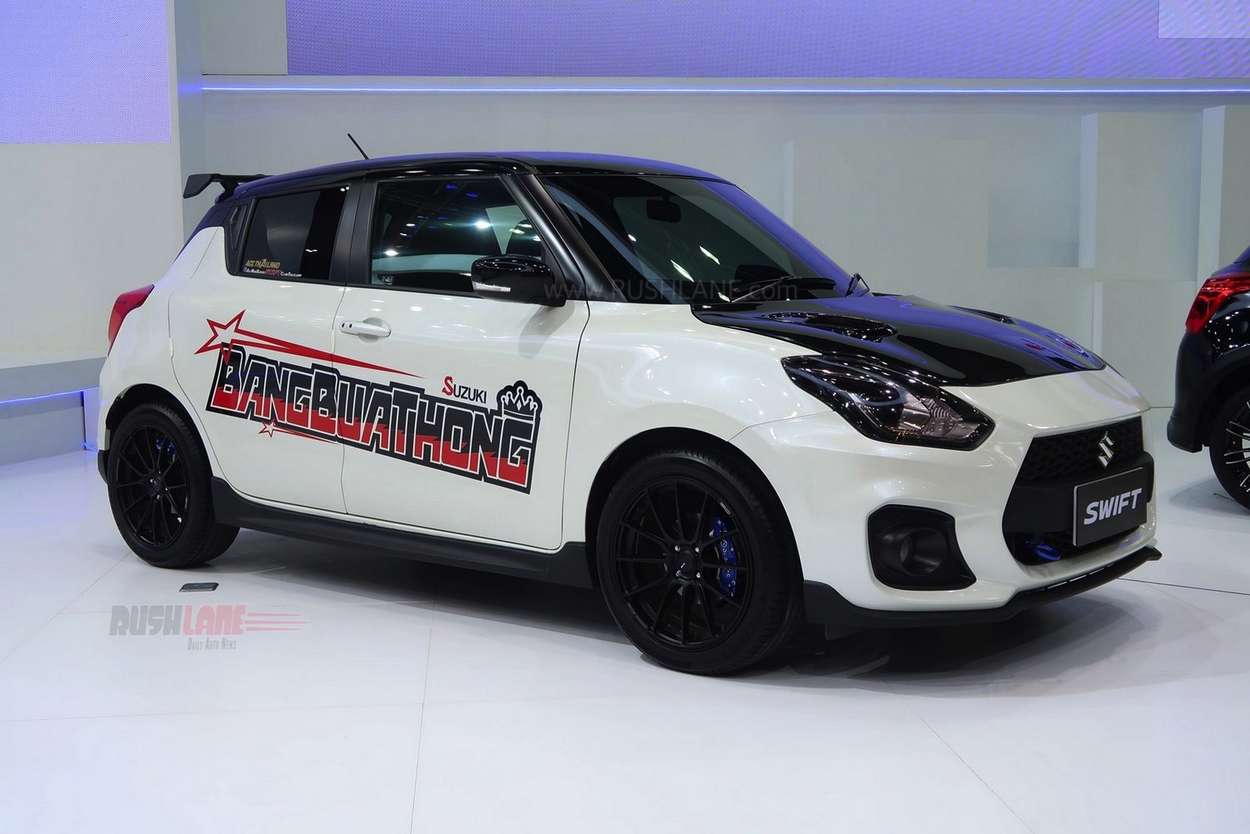 The Maruti Swift we have in our market is essentially a mildly reworked Suzuki Swift and was launched back in 2005. The Maruti Swift is currently in its third generation and still remains one of the best-selling cars in India. The hatchback is also a popular choice for customisation shops, albeit only a few examples end up being good to look at or drive.

The India-spec Maruti Swift is available in both petrol and diesel formats. The 1.2-litre petrol engine makes 82bhp and 113Nm while the 1.3-litre diesel (to be discontinued soon) is good for 74bhp and 190Nm of torque. Both engines come mated to either a 5-speed manual as standard or an AMT.

The international-spec Suzuki Swift is powered by a 1.0-litre Boosterjet three-cylinder petrol engine that makes 109bhp and 169Nm of torque. The same power plant is available in the India-spec Maruti Baleno RS (the slightly sportier version of the regular Baleno hatchback), but detuned to make only 100bhp and 150Nm.