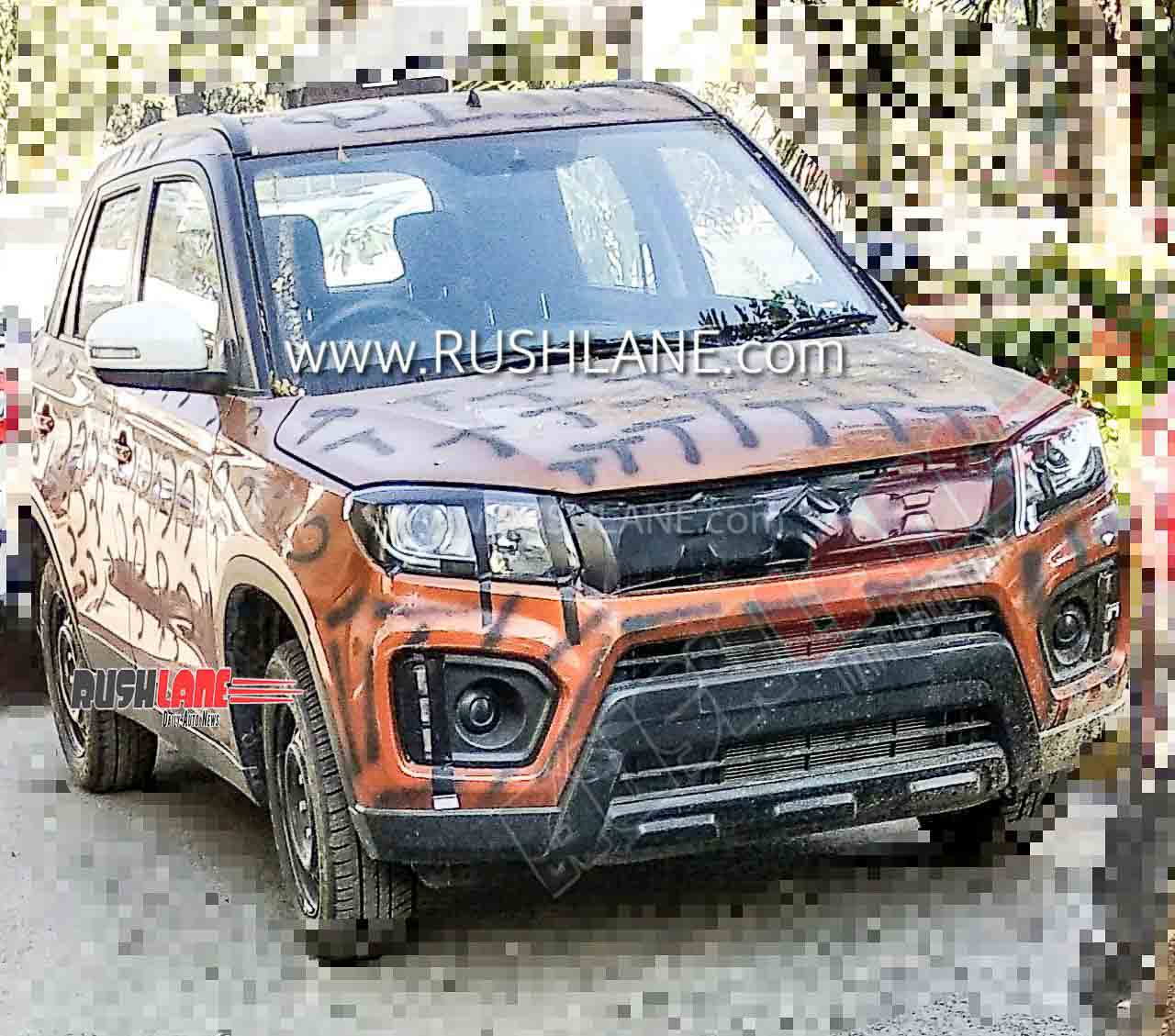 Scoop – 2020 Maruti Vitara Brezza facelift with BS6 petrol engine will get ice-cube LEDs in the front, next to the fog lamp. First images of the interiors.

Maruti Suzuki is all set to launch the new BS6-compliant Vitara Brezza compact-SUV at Auto Expo 2020. The 2020 Maruti Brezza is one of the most anticipated product-launches at the biennial automotive show that starts on the 5th of this month. After a long wait, the Vitara Brezza is finally coming in a petrol avatar and ahead of its debut, a few new spy images have revealed some interesting details. The pre-production model you see here is most likely a middle-spec variant (VXi).

Visual changes to the car have mainly happened to the exteriors. The segment-leading compact-SUV gets revamped bumpers that look a bit more rugged and sportier than before. The front bumper houses a new ‘ice cube’ DRL arrangement. Unlike the model you see here, the top-end variant gets a new set of five-spoke dual-tone alloy wheels as well as a different headlamp cluster. 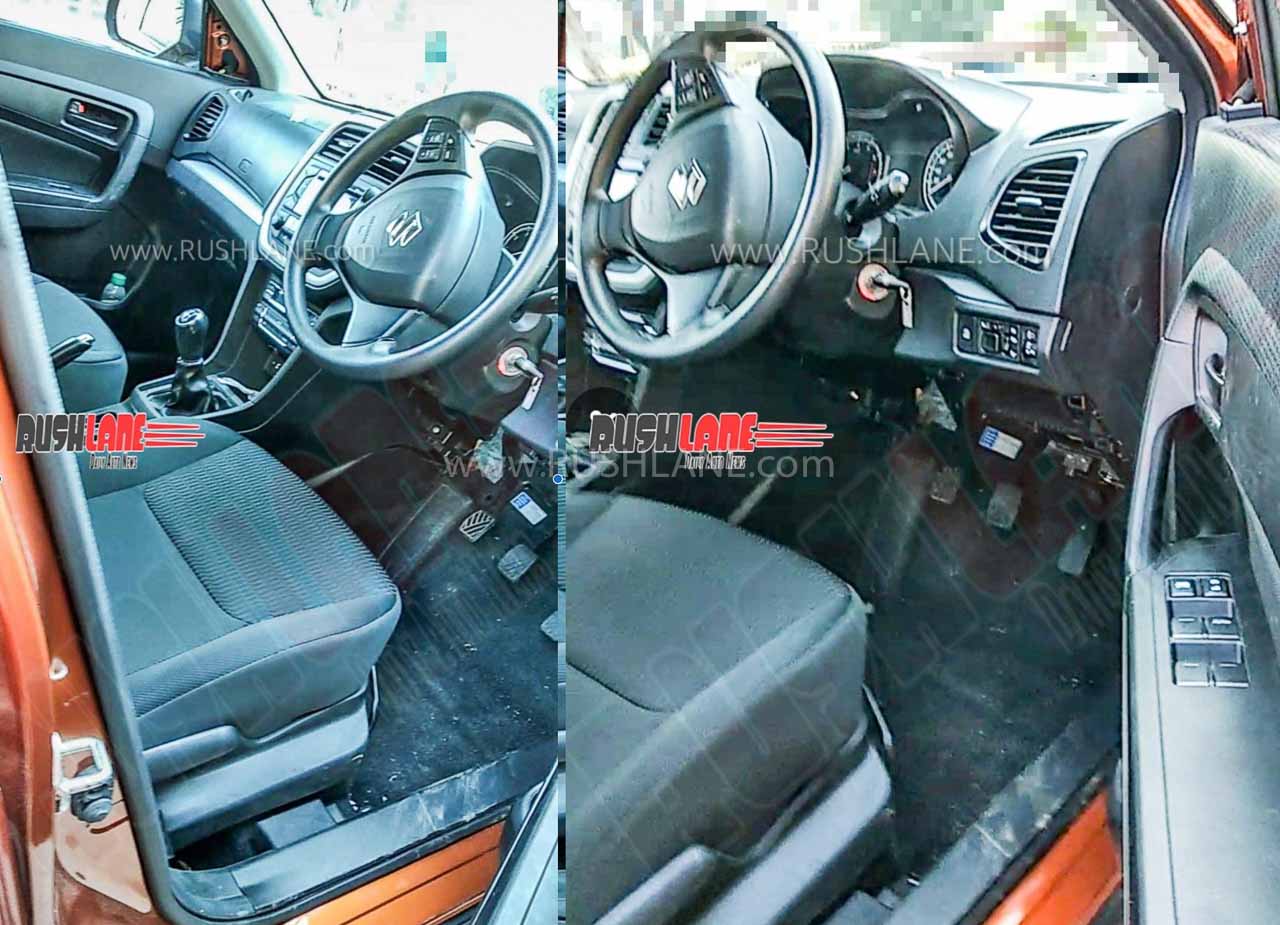 Coming to the interiors, the changes and improvements are not that obvious; at least in this middle-spec format The steering wheel and dashboard layout remain the same, but the top-end (ZXI+) might bring a few additions to the table; especially in the touchscreen infotainment department.

If you have an eye for detail, you might be able to see that the tachometer reads much higher than before. This simply concludes that the fact that the 2020 Maruti Suzuki Vitara BS6 has a rev-happy engine, or more precisely, a petrol power plant. The new petrol engine is the same unit found in the Maruti Suzuki Ciaz sedan — a 1.5-litre SHVS (Smart Hybrid Vehicle by Suzuki) unit that makes roughly 103bhp and 138Nm of torque. The engine will come mated to either a 5-speed manual as standard or a 4-speed torque-converter automatic transmission.

Certain reports suggest the SHVS mild-hybrid system in the new Maruti Brezza petrol will be a 48V unit rather than the existing 12V. We will be able to confirm this information in just a few days’ time, alongside the exact specifications, fuel economy figures and more.

The existing FCA-sourced 1.3-litre BS4-compliant diesel engine will be missed and the demand for a diesel Vitara Brezza variant will not go down. Maruti Suzuki is yet to confirm whether the BS6 Vitara Brezza will get a diesel variant even though chances of introducing a 1.5-litre BS6 diesel unit (developed in-house) in the future are not bleak. The outgoing Maruti Vitara Brezza diesel is good for 89bhp and 200Nm. It is available mated to a 5-speed manual or its respective AMT unit.