Maruti WagonR 7 seater MPV could be inspired by Suzuki Solio

Maruti had brought in the new generation WagonR earlier this year in January. The new car is built on Suzuki’s HEARTECT platform, which it also shares with cars like Swift and Ertiga. Rumors of a 7-seater WagonR have been in the market since very long, in fact speculation was high even before the launch of the 2019 WagonR. Now, another report claims that Maruti might be launching an MPV version of the WagonR as soon as next month!

As per the Car and Bike report, Maruti is contemplating on launching the MPV version of the WagonR in the Nexa outlets and not through the Arena stores. This also makes sense as Arena already has the Ertiga which was launched earlier last year. Maruti will reportedly try to position the 7-seater WagonR as a premium offering and will load the car with a healthy amount of creature comfort features.

Speculation also suggests that the car might be baptized as ‘Solio’ or might come with a different moniker than WagonR. This differentiation will help customers to not associate this MPV with the regular WagonR. Suzuki Solio is a mini MPV, which is on sale in many countries around the globe. Maruti has been spotted testing the Solio in India many times by enthusiasts. 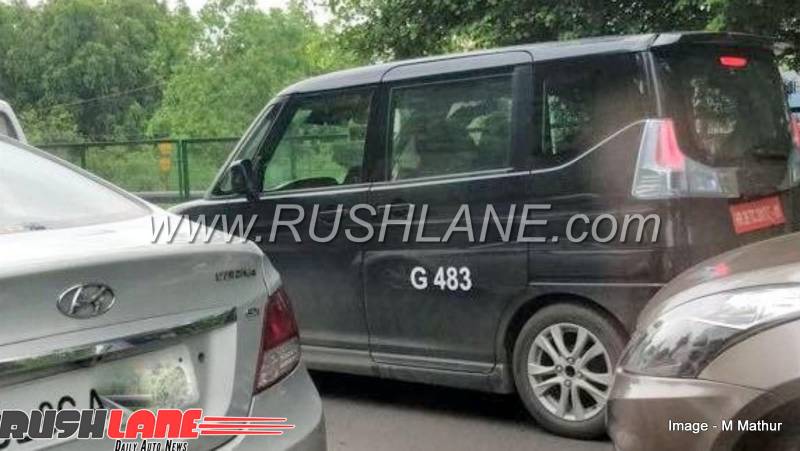 Exteriors will be more premium, as it will come with alloys, projector headlamps and LED DRLs. On the inside, it will get larger seats and more space, thanks to longer body. It will also get rear ac vents, touchscreen infotainment system, steering mounted controls, etc. WagonR-MPV will share its powertrain with the current WagonR. This means that the MPV will most likely be powered by the 1.2 litre K12M petrol engine which dishes out 82 bhp and 113 Nm of max torque. On the transmission front, there can be two options to choose from, a 5-speed MT and a 5-speed AMT.

Report claims that the launch of the 7-seater WagonR can happen in June, however there is no confirmation from Maruti’s end. If the launch does happen, the MPV will land up being a direct competitor to Renault’s upcoming MPV, the Triber. Just like the 7-seater WagonR which will share its platform with other Suzuki cars, the Triber too will be sharing its platform (CMF-A) with other Renault cars like Kwid.

Expect the WagonR MPV to be priced in the Rs 6 lakh range, about Rs 1-1.5 lakh more expensive than the current WagonR. Once launched, it will be interesting to see how the market responds to these sub 4-metre MPVs because the space is already cluttered with multiple hot-hatchs and numerous sub 4-metre SUVs which are all fighting for the same customer!