2019 Maruti Suzuki WagonR, launched in India on 23rd January, comes with a range of accessories and styling kits. The same has now been detailed by Maruti Suzuki India via official brochure.

WagonR is one of the company’s bestselling cars. Following its initial launch in 1999, it has received four upgrades. This one is the biggest updated till date. 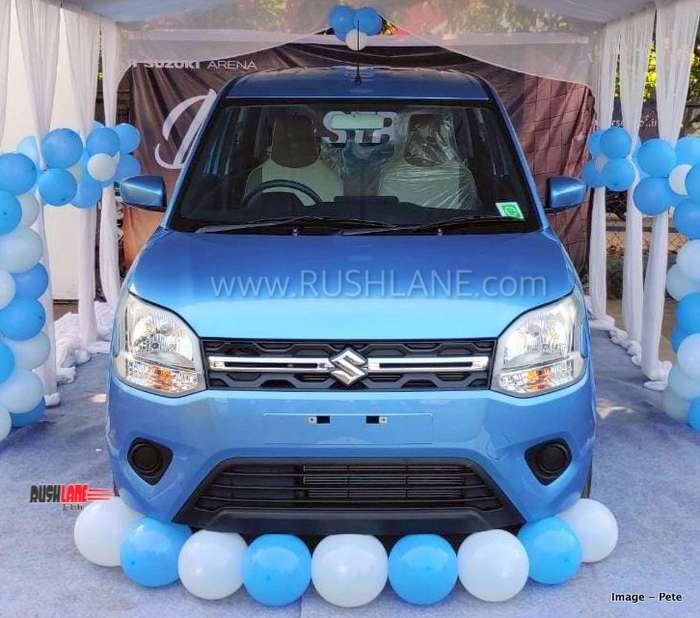 The new WagonR is priced from Rs.4.19 lakhs. It is presented in three variants of LXi, VXi and ZXi and in two engine options of 1.0 liter and 1.2 liter petrol engines. Based on Heartect platform, the new WagonR comes in with a weight reduction of up to 65 kgs. Yes, weight has been reduced, in spite of the car being bigger in size, and offered with more features than before.

On the outside, you get a redesigned front grille, new headlamps and revised front bumper along with trapezoidal housing for fog lamps. It also gets changes to the rear with elongated tail lamps and a thicker C Pillar.

Engine specifications on the new WagonR include a 1.2 liter, 4 cylinder petrol engine from the Ignis, DZire, Swift and Baleno. This engine on the V and Z trims of WagonR is capable of 83 PS power and 113 Nm torque mated to a manual transmission and AMT. The base and mid variants get their power via a 1.0 liter, 3 cylinder engine offering 68 PS power and 90 Nm torque mated to a 5 speed manual and AMT unit. There is no CNG offering on the new WagonR which could be introduced later.