With Mahindra and Tata Motors already gaining a head start in electric car segment, Maruti Suzuki is working at a fast pace to catch up with its rivals. Maruti is confident that they will take the lead in the electric car race, when their first fully electric car is launched in India next year. Ahead of that, at the 2019 India Future Mobility Show, Maruti Suzuki has showcased WagonR electric and Solio hybrid.

At the Bangalore International Exhibition Centre, where the 2019 India Future Mobility Show took place, a range of other future technologies were on display. But it was the WagonR electric and the Solio Hybrid which stole the show. 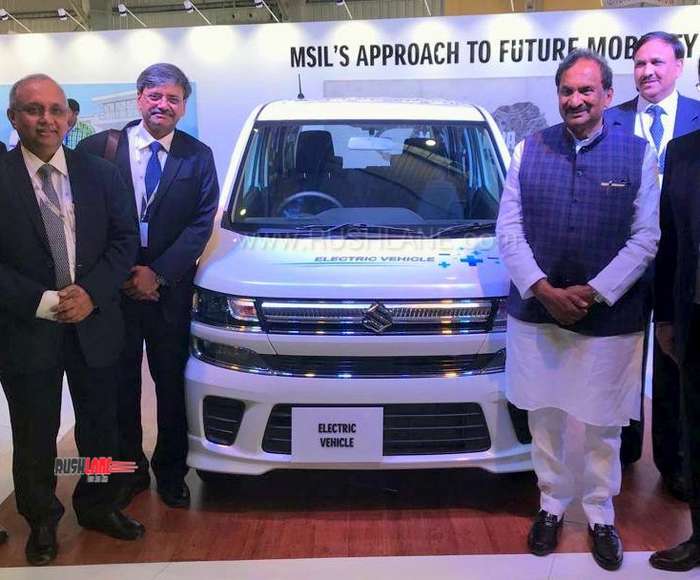 Though both cars are imported from Japan as CBU, both of them are regularly spotted being tested on Indian roads. Maruti is testing a range of electric and hybrid cars on Indian roads so as to collect data, that will help them a made for India electric car. Maruti Suzuki’s first electric car will be WagonR electric, which is expected to be launched in 2020.

Around 50 WagonR electric prototypes are undergoing tests at various locations across the country. Prototypes being tested do not have any camouflage and have ‘electric vehicle’ written in big, bold letters. This is probably helping the company to promote the car ahead of its launch. Even the Solio Hybrid is being tested without any camouflage. 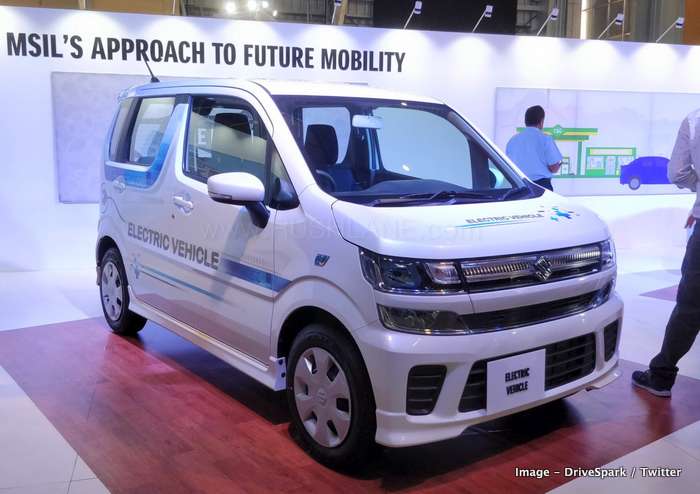 These images clearly indicate that electric WagonR is quite different from petrol WagonR which is on sale in India. However, it is not certain if this is the same model that will be launched in India. It is possible that Maruti may build electric variant on recently launched 2019 WagonR to keep costs in check. Key exterior features of electric WagonR include LED headlight, prominent bumper, large two part grille, body-coloured B-pillars, door mounted rear-view mirrors, and embedded tail lamps. Interiors have a tablet-shaped touchscreen infotainment system at the centre and wide AC vents placed horizontally. Key security features include dual airbags and ABS with EBD.

Electric WagonR may be beneficial for the environment, but it won’t be easily accessible, as it is expected to cost double that of existing petrol variant. Expected launch price is in the range of Rs 7-8 lakh. WagonR electric was developed at Suzuki’s headquarters in Japan. For the Indian market, the company is likely to aim for localization to reduce costs. A car battery plant may also be setup in India.

Speaking about the Solio hybrid, there are no plans as of now to launch the Solio in India. But the Solio could be used to develop a larger MPV, maybe a 7 seater WagonR in the future.

2019 Future Mobility Show is an initiative of Confederation of Indian Industry (CII), for creating a sustainable future mobility in India. It is supported by the Ministry of Road Transport & Highways, Government of India and associations like Automotive Components Manufacturers Association of India (ACMA), Society of Indian Automobile Manufacturers (SIAM), Society of Manufacturers of Electric Vehicles (SMEV), Association for Promotion of Electric Vehicles (APEV) of Japan, Society of Automotive Engineers India (SAEINDIA) and The Energy and Resources Institute (TERI).