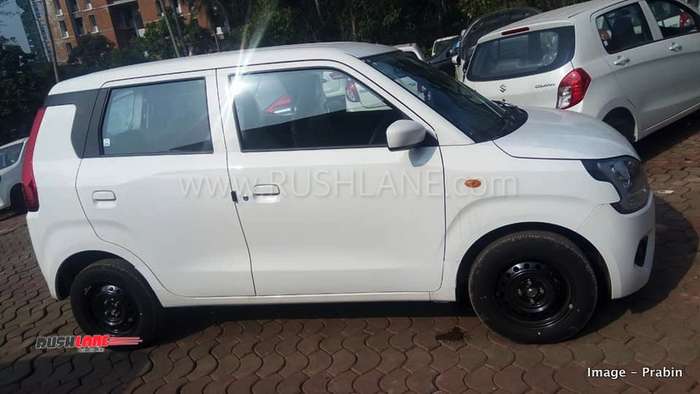 The new WagonR which was launched in the latter half of January 2019. Its sales have now crossed the 50,000 unit mark, in just four months of launch. This shows that the hatchback has been accepted well in the country.

But the sales of new WagonR are about 15% lower than that of the old WagonR, when compared with the same period last year. This is not what was expected by Maruti Suzuki. In fact, Maruti had expected WagonR sales to be so high that it will help boost company’s overall sales. That has not happened as Maruti’s total sales continue to post about 20% decline.

Same is the case with rival Tata Tiago. Sales of Tiago have also declined by about 15%. Hyundai Santro was not on sale in the same period last year, but it too has started showing decline in sales. 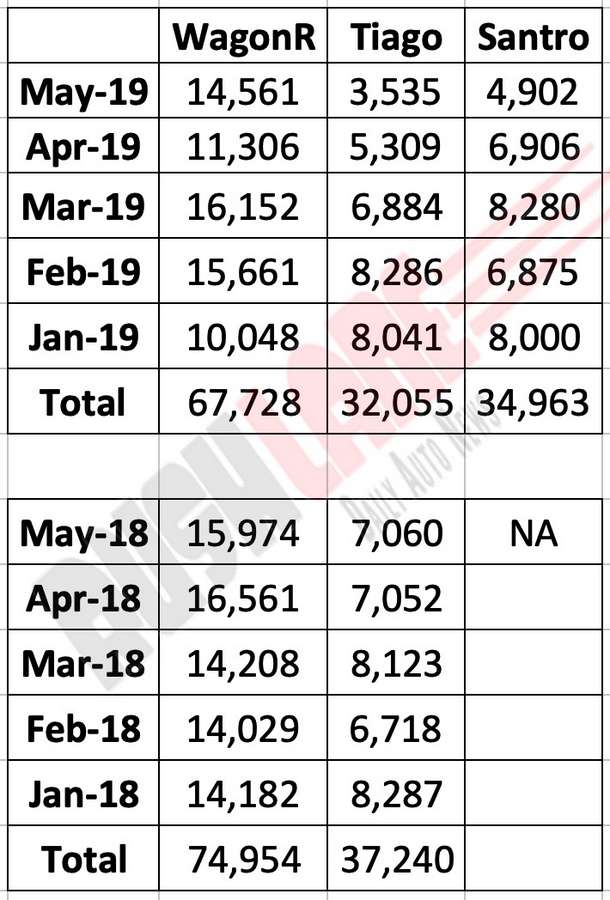 In spite of the decline, WagonR maintains its lead over rivals in the segment. Sales set off to a notable pitch ever since launch in January 2019. Sales in February 2019 stood at 15,661 units while March sales went up to 16,152 units. Sales went down in April to 11,306 units but recovered in May to 14,561 units making it the fifth most sold car in the country for the month, reveals Auto Punditz.

Of the three cars, it is the Tata Tiago which is the most affordable. Maruti WagonR is positioned on the Heartect platform. It comes in as a completely revamped car. Maruti is classifying sales of new WagonR in the same segment as Swift and Baleno. Old WagonR sales were classified with Alto 800 and Alto K10.

Maruti claims that the new WagonR is no longer a low cost budget car, as its earlier counterpart. It gets improved handling, modified exteriors and interiors and a more efficient engine lineup.

2019 Maruti Suzuki WagonR, presented in three variants of LXi, VXi and ZXi is powered by two petrol engines. The 1.0 liter petrol unit is mated to a manual and AMT gearbox while the 1.2 liter K Series, 4 cylinder petrol engine offers 82 bhp power and 113 Nm torque mated to a 5 speed manual or an AMT transmission.