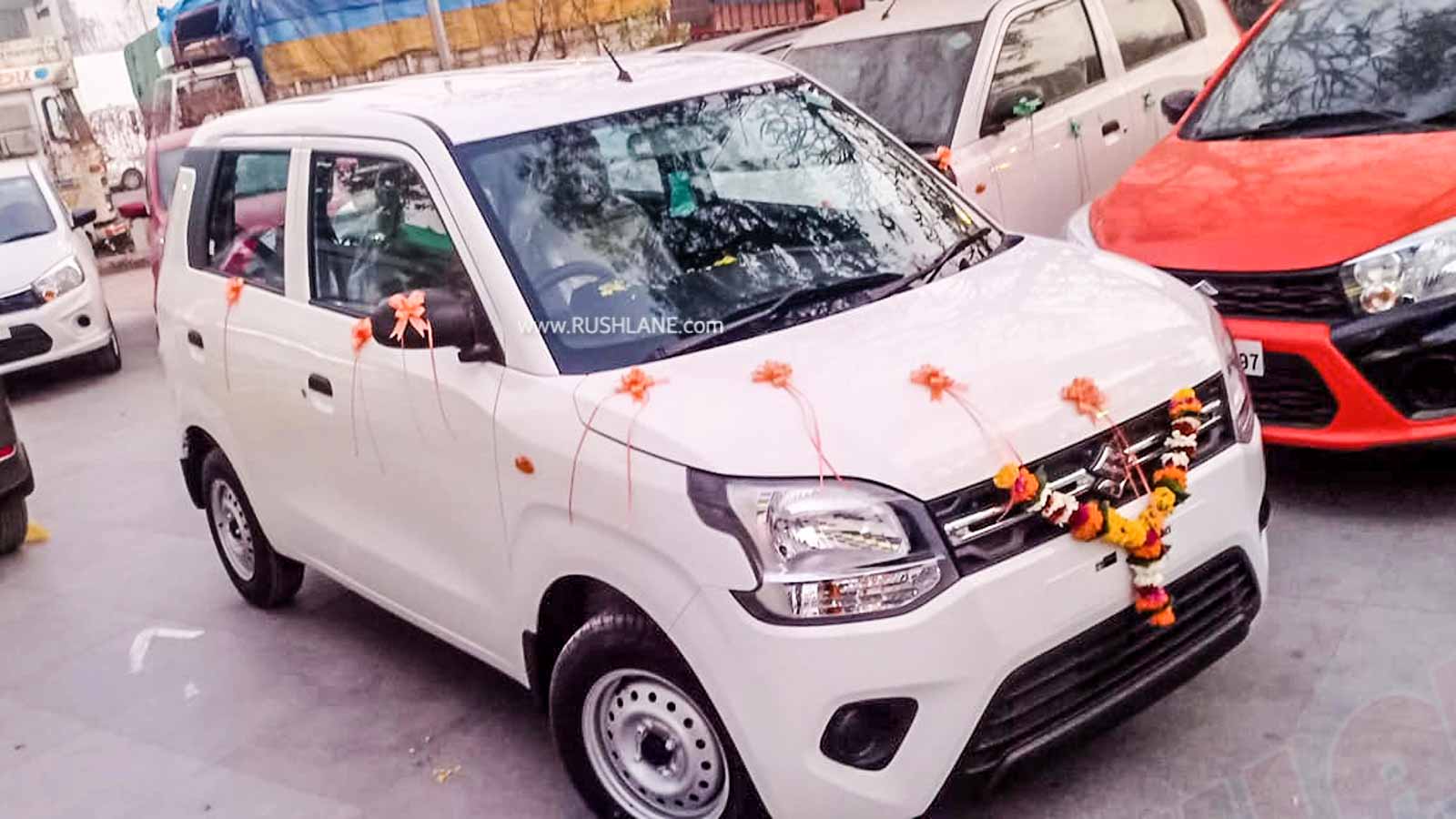 In the list of 5 small hatchback, Maruti Suzuki WagonR claimed 1,55,967 unit sales followed by the Celerio of which a total of 70,950 unit were sold in the past calendar year. With a total of 2,26,917 units sold, the WagonR and Celerio garnered just under 50 percent of total hatchback sales in the country in 2019 which also included the Hyundai Santro, Tata Tiago, Renault Kwid and Datsun Go.

WagonR, which started the year with 10,048 units sold, saw a surge in February to 15,661 units and also in July when sales crossed the 15,000 unit mark. Sales in October and November were also at 14,359 units and 14,650 units respectively but then dipped to 10,781 units in December 2019. The current generation of this tallboy hatchback was launched in January 2019. It received updates in terms of features and design language and gets its power via two petrol engine options that include a 1.0 liter engine offering 67 bhp power and 90 Nm torque and a 1.2 liter engine producing 90 bhp power and 113 Nm torque.

Maruti Suzuki Celerio saw total sales of 70,950 units in the 2019 calendar year. Celerio started off the year with sales at 9,217 units  in January 2019. Sales in March 2019 surged to 11,807 units but then on sales dipped to 5,429 units sold in December. Following its 5 year existence in the Indian market, the Celerio hatchback is set to receive a facelift for the year 2020. 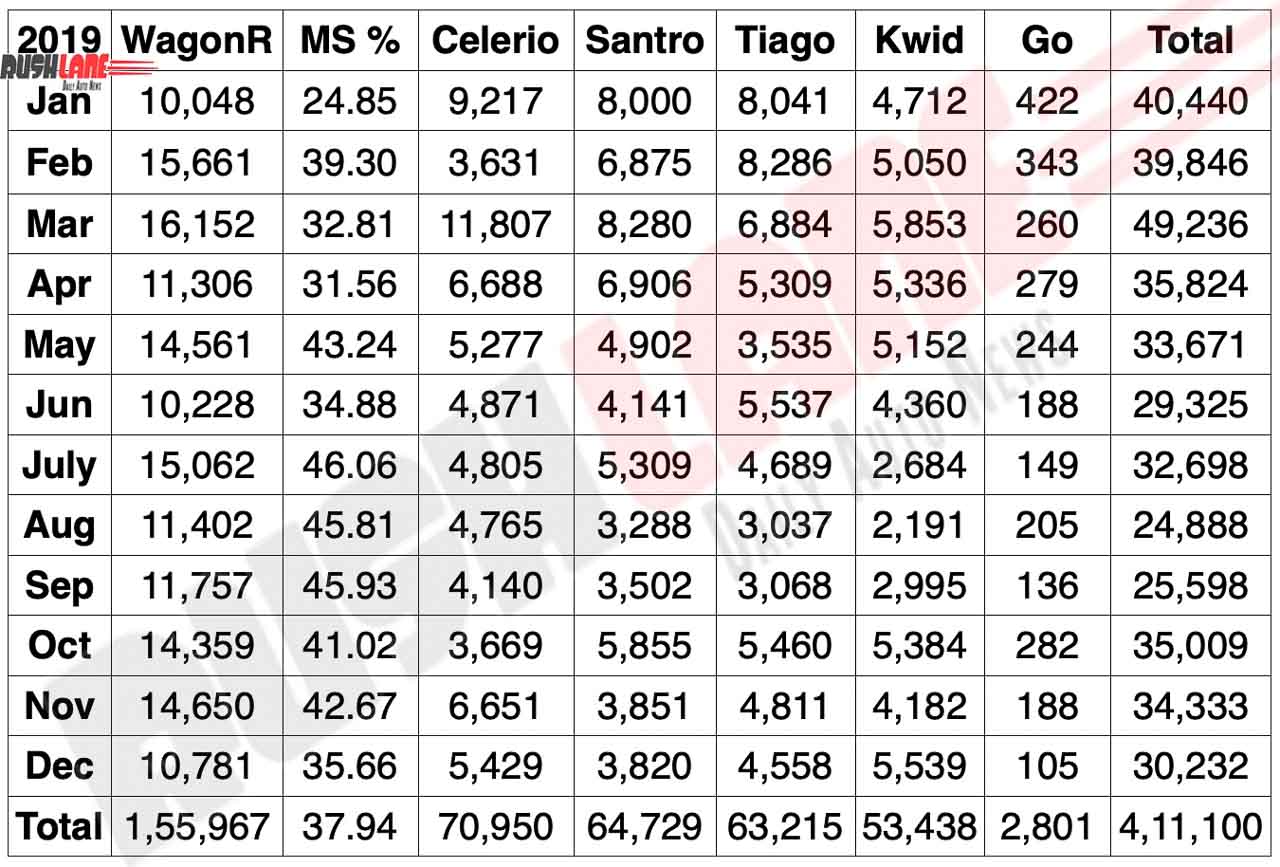 Hyundai Santro, with a total of 64,729 units sold in the past year, beat the Tata Tiago and Renault Kwid along with the Datsun GO in terms of sales. The BS6 Hyundai Santro recently got detailed with launch date to be announced soon. In the BS6 version power output remains the same at 69 PS with the engine to be mated to both 5 speed manual and AMT options. There was reveal about a CNG variant for the BS6 compliant petrol engine.

Tata Tiago sales were also affected by the automotive slowdown in the past year. Sales in January and February were above the 8,000 unit mark at 8,041 units and 8,286 units respectively. Sales then on dipped to close the year with sales of 4,558 units in the past month. Tata Motors is set to bring in the Tiago facelift with design cues to be borrowed from the Altroz. The new Tiago will comply with upcoming crash test and pedestrian safety regulations. The company is expected to introduce the new Tiago exclusively with a 1.2 petrol engine.

Renault Kwid, which is priced aggressively at Rs 2.83 lakh to Rs 4.84 lakh, saw sales of 53,438 units in the past year. The company is offering hefty discounts through January 2020 in view of the new BS6 compliant Kwid which has been spied on test and likely to be launched well before the 1st April 2020 deadline.