The past month proved extremely difficult for automakers in the country. Sales dipped substantially in almost every segment due to weak consumer sentiments, increased insurance costs and a marked liquidity crunch. Auto makers were left with piling stocks both of MY 2018 and MY 2019 models resulting in heavy discounts and exchange bonuses being offered to boost sales.

The ever popular Maruti WagonR, got a new generation update in January 2019. It comes with a new design, new platform and updated engine. WagonR sales in February 2019 increased 12 percent to 15,661 units from 14,029 units sold in February 2018. 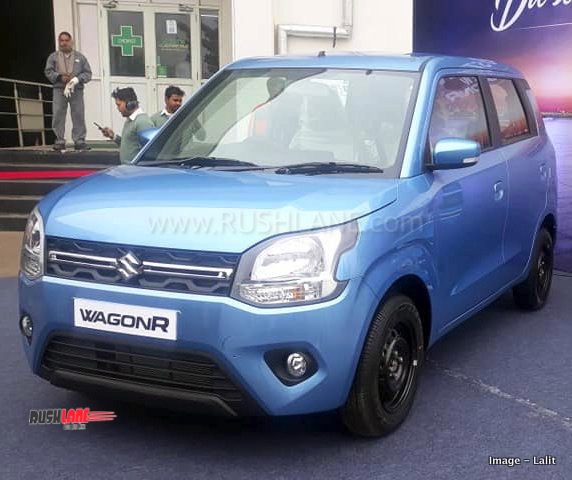 Tata Tiago sales also increased substantially. The company reported sales of 8,286 units in the past month, up 23 percent over 6,718 units sold in February 2018. The Tata Tiago facelift was also spied on test, its first major update since launch, with launch date scheduled for later this year.

Hyundai Santro made a comeback late last year after the previous Santro was discontinued in December 2014. Sales of the new Santro stood at 6,875 units in February 2019. This is a lower than expected sales figure. Hyundai aims to sell 8,000-9,000 units per month. 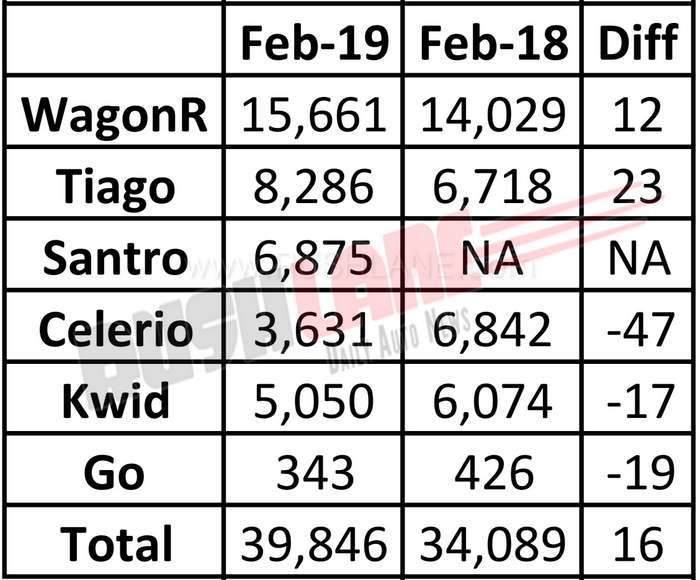