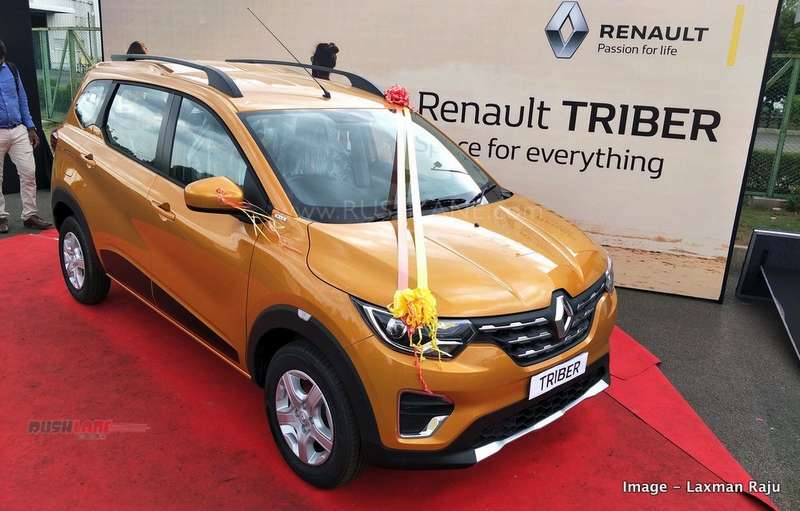 Renault has launched the new Triber in India at Rs.4.95 lakhs. It is based on the Renault Kwid platform but receives a range of segment first features as well. Renault Triber will find itself in a segment current commanded by the Maruti WagonR, Hyundai Grand i10, Maruti Suzuki Swift and Ford Figo. Here we compare the Triber with the WagonR in terms of design, dimensions, engine specifications and price.

The third gen Maruti Suzuki WagonR was launched on 23rd January 2019. It has taken the segment by storm with outstanding sales numbers, while appealing to a younger segment of buyers in the country. The Renault Triber is also targeting sales in the similar segment of buyers. This is especially considering its practicality of modular seating configurations and first in industry innovative EasyFix Seats that transform the car from a 6 seater or 7 seater. 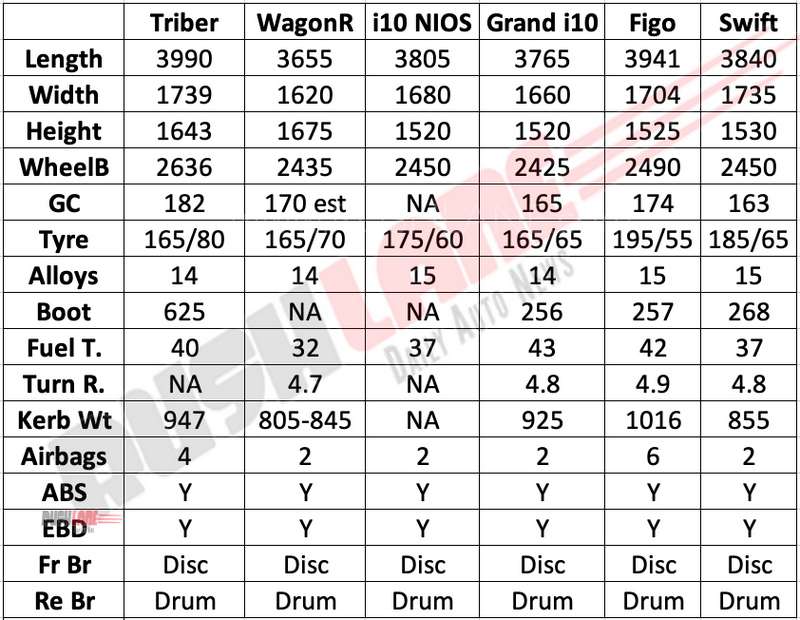 Interiors – The 2019 Maruti Suzuki WagonR brought with it increased interior styling and infotainment elements. It sports a new infotainment system, analog speedometer and digital tachometer, 60:40 split seats, steering mounted controls and boot space which can be expanded to 341 liters but not anywhere close to the boot space offered on the Triber.

Passenger airbags and ABS are offered as standard. The Triber commands the most spacious interiors in its segment. It gets second row seats which can be slid, folded, tumbled down and reclined allowing for leg room of 200mm. The third row gets roof height of 834mm and 50:50 split option while boot space extends from 84 liters to 320 liters and thereon to 625 liters depending on seating arrangements. 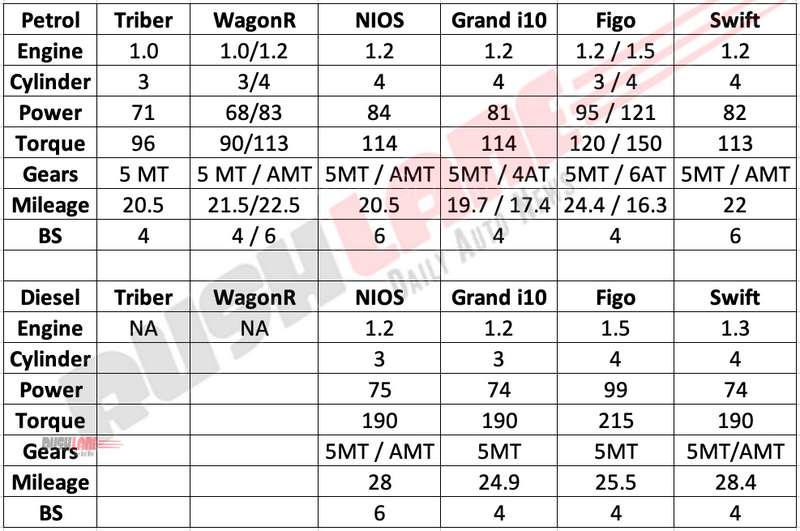 Infotainment – Maruti WagonR gets a 7” SmartStudio touchscreen infotainment system connecting to the Cloud and offering vital car information along with Android Auto and Apple CarPlay. The top spec model gets a coloured instrument cluster with a rounded speedometer. The dashboard of the Renault Triber sports a premium design and fitted with the largest touchscreen infotainment system in its segment measuring 8” and offers Android Auto and Apple CarPlay. It also gets a 3.5” MID unit offering vital information about the car operation and a semi digital instrument cluster.

Safety – In conformity with new safety regulation coming into effect in the country, the 2019 Maruti Suzuki WagonR is built on a Heartect platform which not only ensures stability and safety but also boasts of an impact absorbing structure. It also gets speed alert and rear parking sensors while ABS, EBD and dual airbags are offered as standard.The Renault Triber gets added features as compared to that seen on the WagonR. These include a total of 4 airbags, seat belt alert system for both driver and co-driver, speed warning system, rear parking sensors, 3 point seatbelt for all rows of seating. Top spec variants also get added safety with front side airbags and rear parking camera. 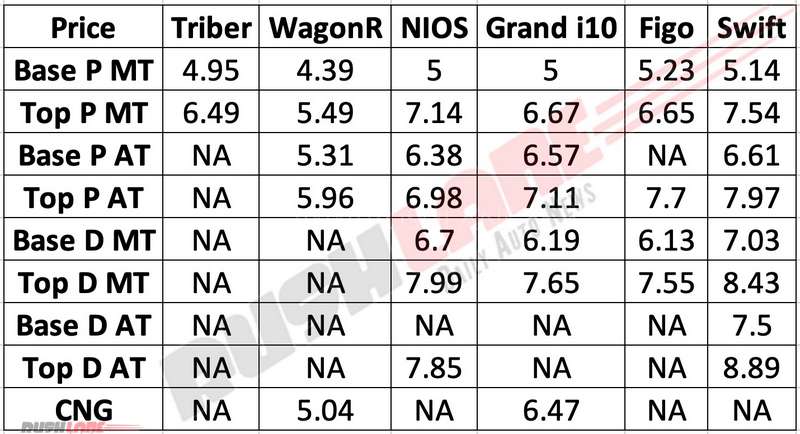 Price – Maruti Suzuki WagonR is priced lower than Renault Triber. It starts at Rs. 4.34 lakhs and goes upto Rs. 5.96 lakhs while Renault has just launched the all new Triber at Rs 4.95-6.49 lakhs. Considering the added dimensions, enhanced safety features, seating configurations and more powerful engine lineup, this is a small price difference to pay for the Renault Triber which wins hands down on all counts when compared with the Maruti Suzuki WagonR.